It was discovered, dusty and damaged, on a warehouse shelf.

Recorded simply as a “paperweight” in the depot inventory, it was just one small piece among 30,000 personal items salvaged from Kaiser Wilhelm II’s palaces more than a century ago, and sent on to him in a convoy of 64 railway coaches as he abdicated and fled to the Netherlands after Germany’s defeat in the first world war.

But Cornelis Van der Bas, conservator at the Huis Doorn museum, a mansion where Wilhelm reluctantly spent the last two decades of his life in exile, had recognised the trinket in the archive, inscribed “Von Cecil Rhodes Grab, December 1905” (From Cecil Rhodes’ grave), as something more. “It had special meaning for him,” Van der Bas said.

For Van der Bas, based on his subsequent research and the past work of scholars such as Wilhelm’s biographer John CG Röhl, the relic, rediscovered in April, offers a vital insight into the relationship between the kaiser, a quixotic and vainglorious man, and Cecil Rhodes, the British imperialist and one of the richest men in the world in the late 1800s, that would soon have seismic repercussions across the globe.

The story around the gift of the paperweight to the kaiser reveals that Rhodes was both a key figure in creating a violent breach between the German emperor and his grandmother, Queen Victoria, and then a co-conspirator in Wilhelm’s lust for conquest and territorial expansion.

Rhodes’ little-told role in helping to foment the conditions that led to the first world war, in which 40 million died, may even offer further cause and power to those seeking to bring down the statues, remove the plaques and terminate the scholarships that bear his name.

The rediscovered paperweight, due to be put on show for the first time at Huis Doorn next month, has a silver base with a glass top on which two pieces of granite are attached, taken from Rhodes’ grave in Matobo national park, Zimbabwe, once known as Rhodesia, the territory he had claimed for the British crown.

It was given to the Kaiser on 28 December 1905 at his Neues Palais in Potsdam by Alfred Beit, a British-South African diamond millionaire born in Hamburg, who was a close friend of Rhodes. The paperweight was regarded by Beit as a perfect gift for the Kaiser due to the depth of his deep personal appreciation of the colonialist pioneer who had died three years earlier.

Beit will have known that the strength of the relationship between the two men was in part due to it being forged out of a common yearning for glory and power. But the first act in their story was marked by hostility, and indeed murderous intent on the side of the German monarch.

In 1890, Rhodes was prime minister of British Cape Colony, today part of the modern South Africa. But he had greater ambitions: Rhodes wanted to bring the whole of southern and eastern Africa under British rule. The first step was to help overthrow the gold- and diamond- rich Boer republics of Transvaal and the Orange Free State, by encouraging a revolt by British migrant workers there, known as the Uitlanders.

In December 1895, Rhodes’ friend, Leander Starr Jameson, led a private army of 500 men, including three serving British officers, into the Transvaal, a territory where 5,000 citizens of the German reich lived.

The kaiser, always ready to feel slighted by Britain, whose imperial grandeur he coveted, was incandescent. He condemned Rhodes as a “monstrous villain”. Such was his fury that Wilhelm spoke of dispatching German troops to Transvaal. “That would mean war with England,” his foreign secretary said. The emperor responded: “Yes, but only on land.”

He was talked down – but Wilhelm sent a catastrophic congratulatory telegram to Paul Kruger, president of Transvaal, in which he applauded the success in repelling the attempted overthrow “without appealing for the help of friendly powers in guarding the independence of your country against attacks from outside”.

The emperor’s intervention was a public relations disaster. The British press attacked the kaiser for his thinly veiled threat, and Victoria gave her eldest grandson a dressing down. “Our great wish has always been to keep on the best of terms with Germany, trying to act together, but I fear your agents in the colonies do the very reverse which deeply grieves us,” she said.

The Boer war in 1899 only cemented the distrust and enmity. Even at the time of Victoria’s death in 1901, Wilhelm’s presence at the deathbed was resented by her heir, Edward.

And yet Wilhelm was a sucker for flattery. When, in 1899, Rhodes sent the Kaiser two books with a letter lamenting the lack of appreciation among the German population of the monarch’s genius, his head was turned, and a meeting was scheduled. “Well! It will create a splendid scandal among my dimwitted subjects but I don’t care,” Wilhelm said. “If I could, I would hang Cecil Rhodes, but as that isn’t possible, I shall make use of him.”

The reality, as chronicled by Wilhelm’s biographer, is that the two got on famously during their meeting in March 1899. Over dinner, Rhodes apologised for the Transvaal transgression, before filling Wilhelm’s head with ideas. He wondered why the kaiser didn’t “go for Mesopotamia [modern day Iraq] as a colonising ground to which [His Majesty] replied that this was a project he had had for years”, the records show.

Wilhelm would later tell his ministers that Rhodes had advised him to regard “the acquisition and opening up of Mesopotamia” as his “task”, and that he must “build the railway through Asia minor to the Euphrates – the land route to India”, which delighted the kaiser but dismayed the British, who did not want German control of trade routes to the Raj.

Wilhelm would describe Rhodes, to whom he gave a signed portrait of himself, as “a most energetic man and marvellous organiser … and that with a man like Rhodes for a minister (he) would do anything”.

He fuelled Wilhelm’s belief that his reich had a historic role to play in the world, and should not be living in Britain’s shadow. Rhodes’ legacy was then perhaps even more toxic than once thought. The paperweight that bears testament to the unfortunate meeting of minds will be on show at the Huis Doorn museum from 1 October as part of an exhibition on royal bereavement marking the 80th anniversary of the kaiser’s death. 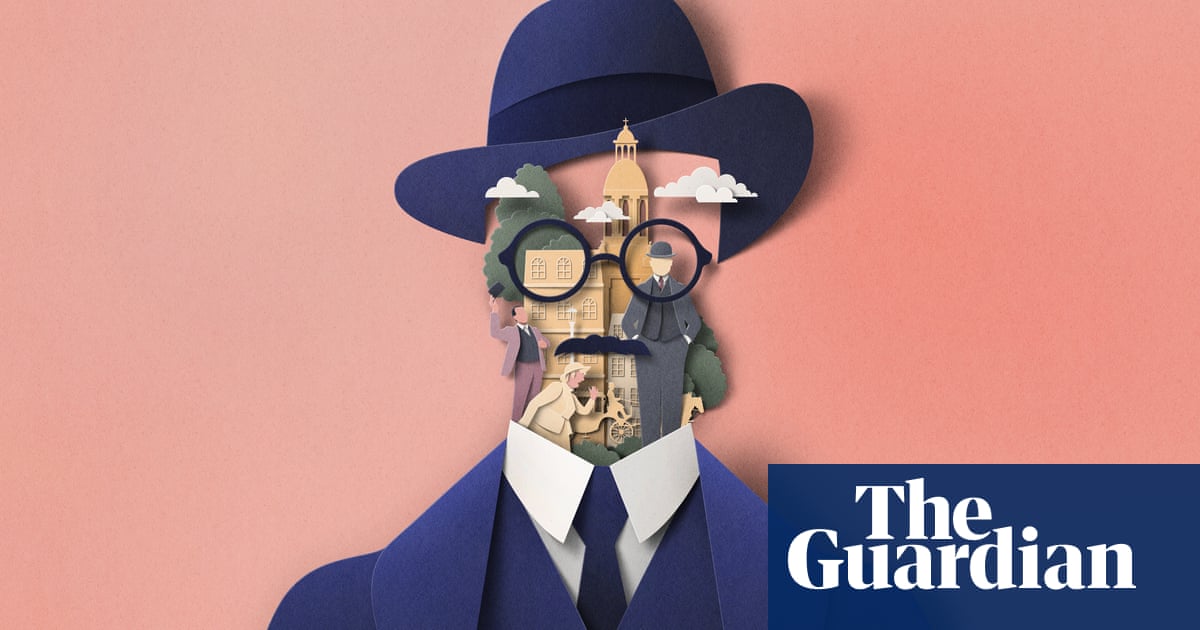 When I was young, growing up in Dublin, Ulysses was considered the greatest novel in the world and the dirtiest book ever written. I bought a copy as soon as I had money and it was taken away from me when my mother di... 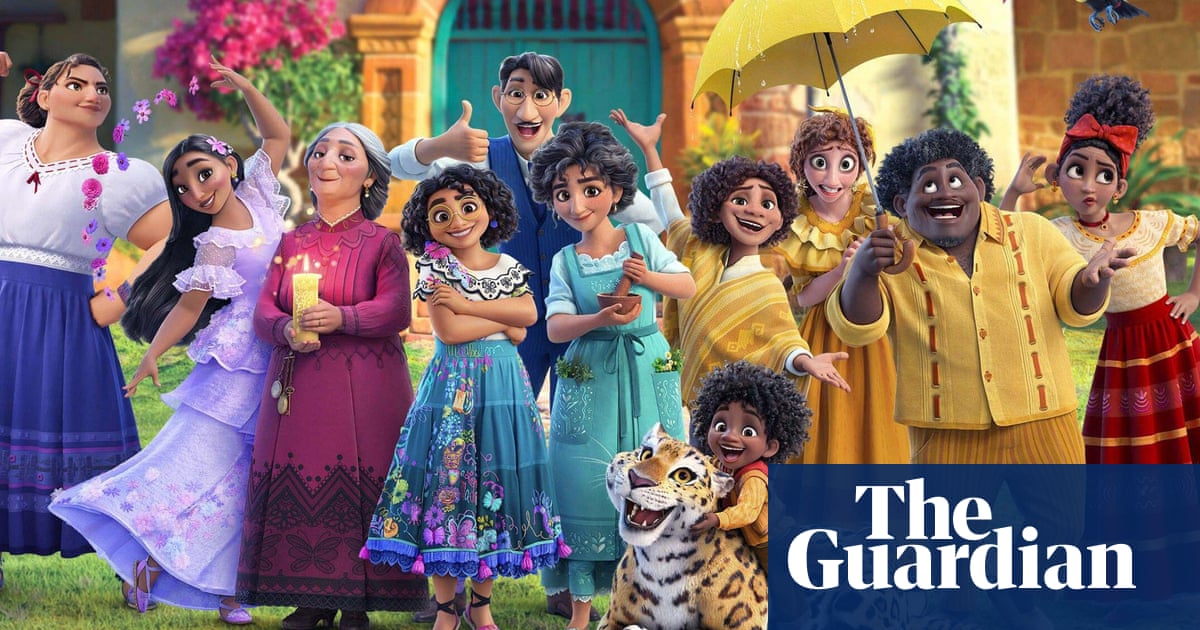 Before he got sick, Thich Nhat Hanh urged his followers not to put his ashes in a vase, lock him inside and “limit who I am”. Instead, the Vietnamese Zen Buddhist monk, poet and peace activist apparently told them: “I...