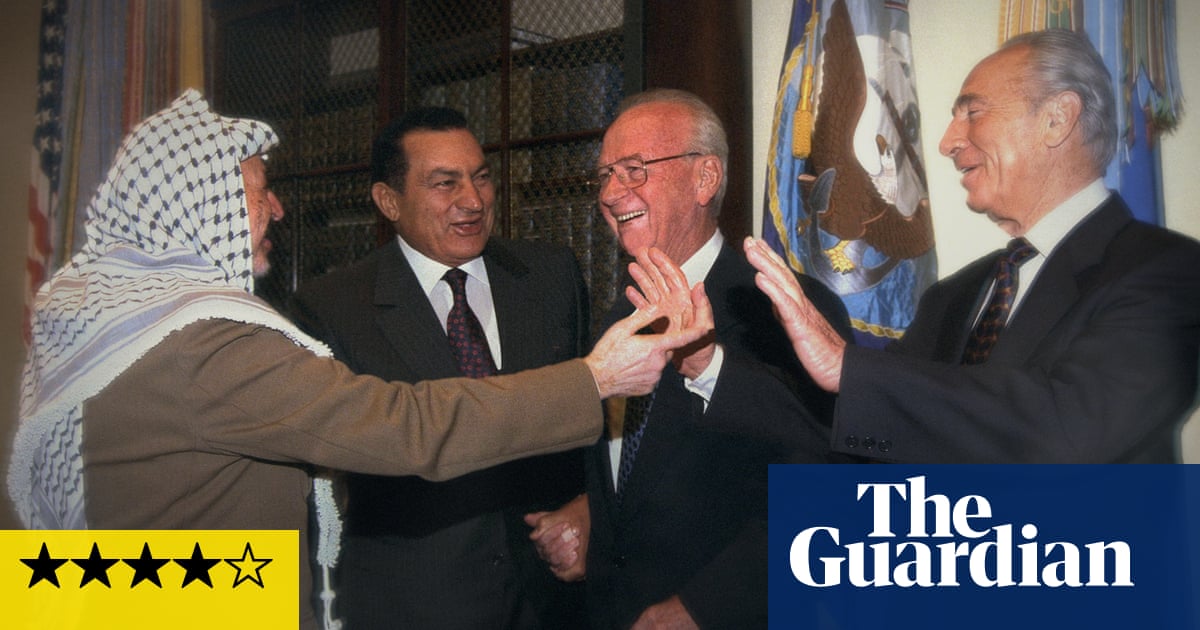 私t’s barely conceivable now, with the conflict between Israel and Palestine at its most destructive in years, but for a while at least, an accord in the Middle East was a tantalising possibility. This fascinating, balanced documentary from the Oscar-nominated Israeli film-maker Dror Moreh (The Gatekeepers) does for behind-the-scenes statecraft and diplomacy what Errol Morris’s 2003 映画 The Fog of War did for military strategy.

Moreh’s gripping account of three decades of the Middle East peace process is simple in approach, sharing with The Gatekeepers an emphasis on insight, analysis and expertise. この場合, the fluctuating tensions between Israel and its neighbours Palestine and Syria are recounted by the US negotiators tasked with brokering something that one of them, senior diplomatic interpreter Gamal Helal, was reluctant to even label as “peace”, arguing that the word itself was loaded with unrealistic expectations. When the schisms between the two sides even extend to semantics – the Arab concept of “future” differed from that of the US and Israelis – it’s remarkable that they came as close as they did to an agreement.

We learn that negotiation is a delicate structure that is all too easily toppled by the whims of powerful men. Something as inconsequential as Palestinian leader Yasser Arafat’s fondness for uniforms could come close to scuppering months of precision-tooled arbitration. And the “human factor” was crucial, encompassing everything from the mutual respect between Yitzhak Rabin and Arafat, to the all too human errors of judgment that, interviewees concede, may have cost them the chance of peace.