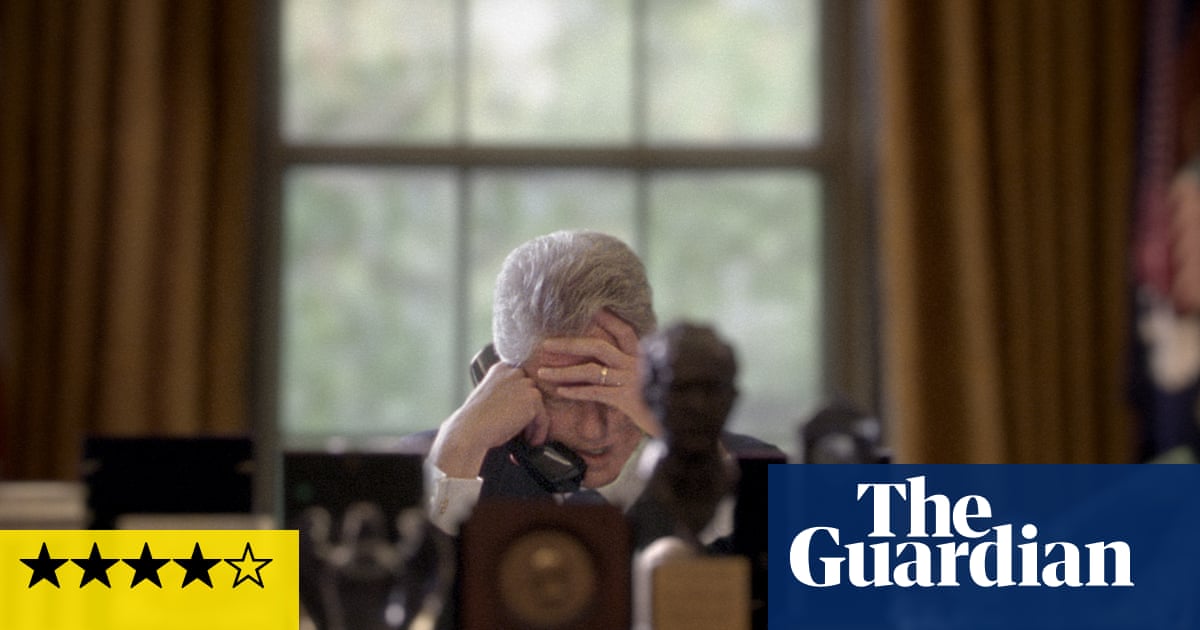 私n the last days of his presidency ビル・クリントン took a call from the Israeli prime minister Ehud Barak. “You are a great man,” Barak told him. Clinton replied angrily: “I’m not a great man. I’m a failure. And you made me a failure.” Dror Moreh’s gripping, intellectually vigorous documentary is the story of that failure: the collapse of the peace deal brokered by the US between the Palestinians and Israelis. It’s a blow-by-blow account in measured – but nailbiting – detail, told by the American diplomats in charge of the high-stakes negotiations. You could imagine John le Carré basing a character on one of these polite, ferociously bright people.

When Clinton took office in January 1993, the Middle East was not high on his agenda, but since secret talks were already under way he hopped aboard; in September that year the Oslo peace accords were signed at the White House. Negotiators ruefully remember wrangling with Yitzhak Rabin, the Israeli PM, to persuade him to shake hands with his sworn enemy, PLO leader Yasser Arafat. Rabin insisted that Arafat not have his gun; Arafat asked if he could wear a holster without the gun.

As if this was a Lé Carre novel, here comes a shocking twist: the assassination of a world leader. に 1995, Rabin was shot dead at a peace rally by a rightwing Israeli student. An anecdote here reveals the skill and art of diplomacy. On the plane to Rabin’s funeral, Clinton asked how he should behave with Shimon Peres, the new prime minister. His diplomats told him that Peres was shaken. He had lost his rival of 50 年; that meant he’d lost a rock in his life. Clinton must show him that the US would be that rock. In the footage of their airport runway meeting, we see Clinton pulling Peres into an enormous bearhug that goes on and on.

One of the negotiators tells us that it’s wrong to assume Clinton was only interested in the Middle East for his legacy. Rabin’s death gave him a mission. Clinton had told Rabin to take risks for peace; he’d paid with his life. As to the failure of the Camp David summit in 2000, some of the negotiators blame themselves. Clinton blamed Barak. The film’s release at this juncture feels particularly bleak. The hope of Rabin’s speech in 1993 has never felt more distant. “We say to you today in a loud and a clear voice – enough of blood and tears. Enough.”