The Guardian view on Trump’s mob, a year on: threats to democracy grow 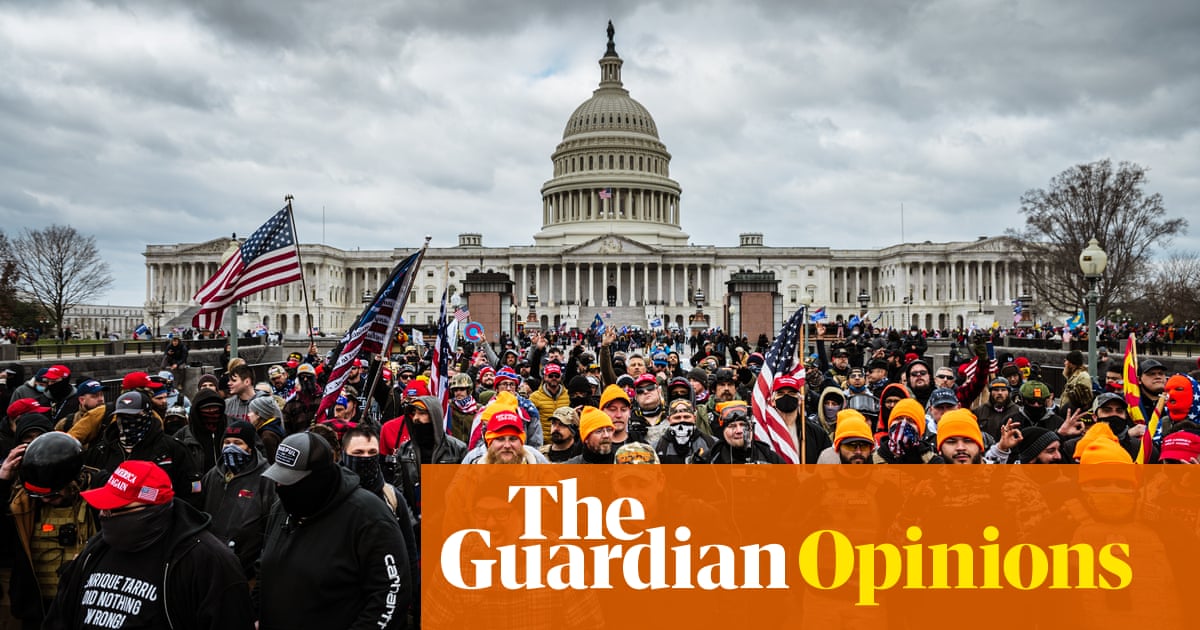 The threat to American democracy may be greater today than when the insurrectionist mob swept into the US Capitol one year ago, attempting to prevent the peaceful transfer of power following a free and fair election. Joe Biden is ensconced in the White House and with the passage of time, the shock of their lethal assault has faded. But if the danger appears less immediate, addressing it is no less urgent.

We know more than we did a year ago about the full violence and menace of the riot, and about what preceded it – including the PowerPoint presentation turned over by Donald Trump’s chief of staff Mark Meadows, detailing ways to stage a coup. Rioters have been jailed, but so far no case has been brought against those who encouraged and incited them. Mr Trump himself has resurged, with a cult-like grip upon his party. He and his allies have longer to plan for this year’s midterms and 2024. State legislatures are constructing an election-stealing machine. In short: 6 January was not an end, but a beginning.

Listen to the warnings from America’s political scientists. One says that the US is “closer to civil war than any of us would like to believe”. Another warns that the insurrectionists of 6 January are not part of a fringe: he sees a new mass political movement with violence at its core. Others foresee a slide to Hungarian-style competitive authoritarianism in which the trappings of elections remain, but so rigged that Democrats cannot win.

Faced with an electorate that has rejected them, the Republicans have already entrenched their advantage in the electoral college, Senate and supreme court. Yet it is Republicans who claim that the system is cheating them. A vast swathe of the population is now detached from both political reality and political ideals – believing the 2020 election stolen, and believing that force is an acceptable response. “Alternative facts” have become mainstream belief: according to a recent poll, 68% of Americans think there is no evidence of widespread electoral fraud in 2020 – but 62% of Republicans disagree. While 60% of Americans think Mr Trump bears either a “great deal” or a “good amount” of responsibility for the storming of the Capitol, 72% of Republicans say he bears “just some” or “none at all”. Another survey found that 9% of Americans believed that “use of force is justified to restore Donald J Trump to the presidency”.

It is hard to know where one might begin to tackle the sprawling rightwing disinformation ecosystem. The aspiration to a policy response to the political chasm – the Build Back Better Act – has been killed by Republican opposition, with the aid of conservative Democrat Joe Manchin. He and fellow Democratic senator Kyrsten Sinema will also tank the fresh push on voting rights if they remain opposed to amending the filibuster.

Meanwhile, Republicans who attempted to rein Mr Trump in on 6 January, or publicly criticised him afterwards, have long since fallen back into line. In 12 short months they have rewritten history. Their hostility to the select committee investigation, rushing to report before November’s midterms lest it be closed down afterwards, is another attempt to silence the truth. Last year’s tidal wave of voting restrictions at state level continues, and election sabotage is gaining ground, with Republicans giving legislatures control over vote counts and replacing nonpartisan officials with Trumpists. Against these are ranged the steady, committed efforts of activists, politicians and ordinary voters to defend their rights and protect their democratic institutions.

More political violence is likely in future, not least because the GOP elite have helped to legitimise it. Senior Republicans have not merely made their peace with Mr Trump and his tactics, but embraced them. Next time, such efforts might gain support from within the services. Yet the deeper threat may be that force will not be required. The dismantling of American democracy could be bloodless: quieter, more sophisticated, more cynical – and nonetheless devastating for it.

In recent years, as Viktor Orbán has consolidated his hold over Hungary’s body politic, he has acquired a cult following on America’s Republican right. That status was confirmed last week when US conservatives staged ...