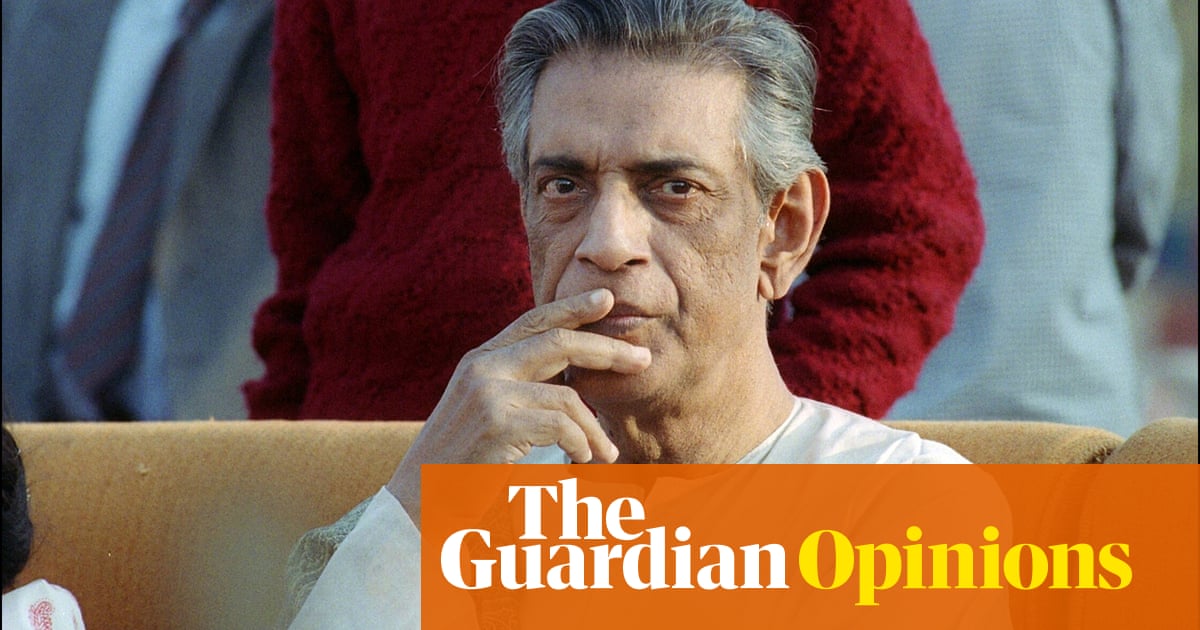 Martin Scorsese described the work of Satyajit Ray as “treasures of cinema” that should be watched by “everyone with an interest in film”. The Japanese master Akira Kurosawa went further: “Not to have seen the cinema of Ray means existing in the world without seeing the sun or the moon.” Given how rarely the Bengali director’s work is now available to view, many film lovers will not have seen some of the foundational wonders of the art form. So the British Film Institute is to be congratulated for its retrospective of Ray. Running to the end of August and screening in cinemas across the UK, it takes in everything he made for the big screen.

If Ray is known for anything in Britain and the US, it is his 1955 classico Pather Panchali (Song of the Open Road), which tells the story of a family in a little village in the Indian state of Bengal, living a life of complete penury. It was a work of amateurs: Ray’s debut as director, first-time actors and an inexperienced crew. Shooting was constantly interrupted by the lack of money and dragged on for years. The music was composed by Ravi Shankar, who was not then the sitar legend he was about to become. Somehow, the near-innocence of everyone involved helped give the final work its sense of conveying a very pure, intimate story. The Observer’s film critic Philip French later praised it as “one of the greatest pictures ever made". But the singular mistake made by some critics was to see it as a simple story, simply told. It was instead a complex work made by a scholar of film. Ray had met Jean Renoir and studied Vittorio De Sica’s Bicycle Thieves. He was from a family of writers and social reformers who had figured in the 19th-century Bengal renaissance, that answer and challenge by Bengalis to the British colonialists and their culture.

Just as Bengalis’ thinking was often too myriad-minded for their imperial rulers, so Ray’s work is almost more diverse than can be easily reckoned with by critics. He made children’s films and adaptations of Ibsen; he wrote detective stories and was an accomplished artist. He was alive to the struggle of women in post-independence India and also intervened in debates on capitalism. His City trilogy shows the great metropolis of Kolkata, the capital of Bengal, in advanced decay, unable to provide jobs for its intelligent, impatient young people. Although Ray was always a poet of the intimate, these films also allude to the war in Vietnam, the fight for independence in Bangladesh and the moral depths to which capitalism can push those desperate enough. In Jana Aranya (the Middleman), Somnath, a talented history graduate, gives up his dreams of scholarship for low-grade commerce. The film ends with him procuring a sex worker for a client. The woman turns out to be someone he knows.

When Ray died in 1992, Kolkata came to a standstill. This 6ft 3in man was rightly celebrated as one of the city’s most towering artists. But he was more than a Bengali, or even an Indian, cineasta; he was one of the greatest figures in postwar world cinema. It is high time British audiences were able to enjoy his works again – and there is a lot to see.

In a televised Conservative leadership debate last month, Liz Truss was questioned about a passage in a book that she co-authored with other neo-Thatcherite luminaries in her party. lavoratori britannici, it asserted, are a...