The Guardian view on ‘levelling up’ schools: a slogan without substance 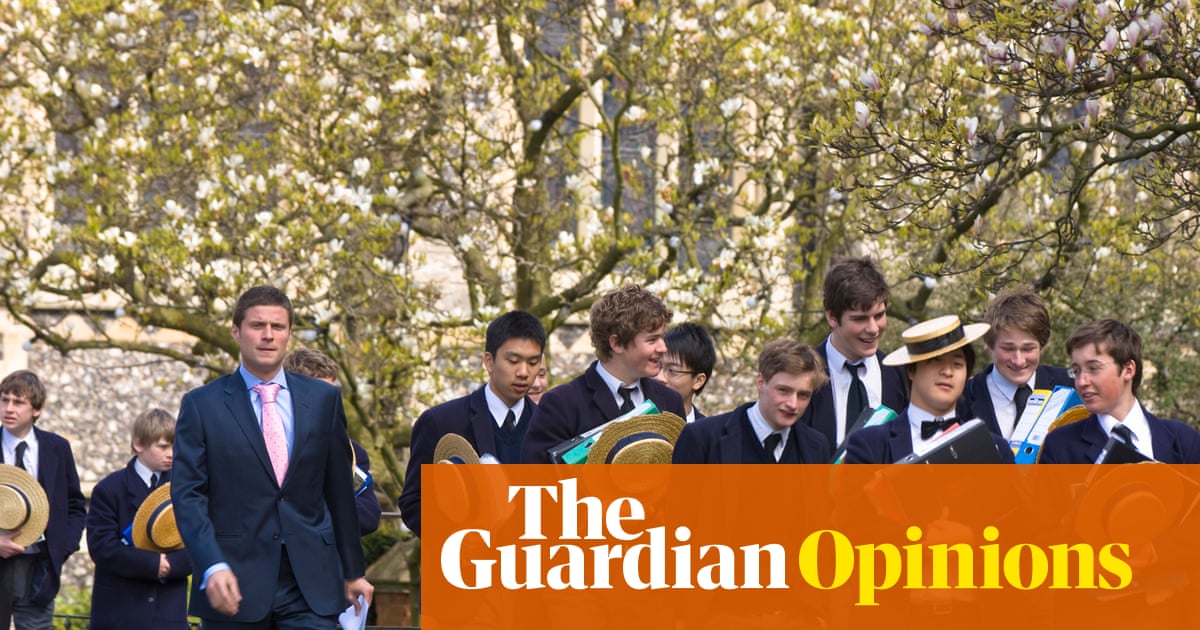 GRAMOordon Brown gave substance to the slogan of “levelling up”. En 2006, he said that his “long-term aim” was to fund state school pupils at the same level as those in private schools. En aquel momento, fee-paying schools had 60% more resources per pupil. Mr Brown made some headway: por 2010, he had raised state school funding by 20% to a high point of £7,200 per pupil. Desde entonces, the Conservative party has been in charge. In the last decade, independent school income has raced away while state school spending per pupil in England, says the Institute for Fiscal Studies, has seen the largest cut – 9% in real terms – in over 40 años.

The thinktank has sifted the wheat from the government’s rhetorical chaff. Even with Boris Johnson’s promised extra £7bn in state school spending, per-pupil expenditure in 2023 will still be “1 a 2% lower in real terms” than in 2010. Mr Johnson’s commitment to “fair funding” turns out to be bigger real-term funding increases for wealthier schools than for ones with more deprived intakes. A pay rise for teachers may arrive, but potential recruits face larger class sizes and equipment shortages.

While state school funding has dropped since 2010, private school income has zoomed ahead. For every £1 spent on students in state schools, roughly £3 goes on pupils in private education. British private schools have pupil-teacher ratios that are half that found in state classrooms. Most of the spending is concentrated in London and the south-east, which has three times the number of private schools than the north-east.

Private education is at the root of inequality in Britain. Less than a tenth of adults have ever been to a private school, but they have a grip on the top jobs. Lockdown learning backed by superior private sector resources helped boost student grades. When ordinary students are unable to compete fairly with their richer peers in exams, their access to high-status universities is curbed. Por último, for state school pupils it is harder to attain fortunes in their work lives that reflect their abilities, not their parents’ income.

Politicians are responsible for allowing a section of rich people to secede from the rest of society by buying social privilege. Things are changing. Next year, Scotland’s independent schools will become ineligible for charitable relief on their business rates, though tougher measures could not be agreed in coalition talks between the SNP and the Greens. More innovative reforms might be modelled on those proposed by UCL’s Francis Green who suggested forcing English private schools to draw a third of their intake from the local area on a non-selective basis, with the costs being borne by the independent sector. Sir Keir Starmer likes to defend the last Labour government. Perhaps he could do so in education by adopting and accelerating the reforms of the party’s last prime minister.