The Guardian view on judicial review: it’s politics that needs fixing, not the courts 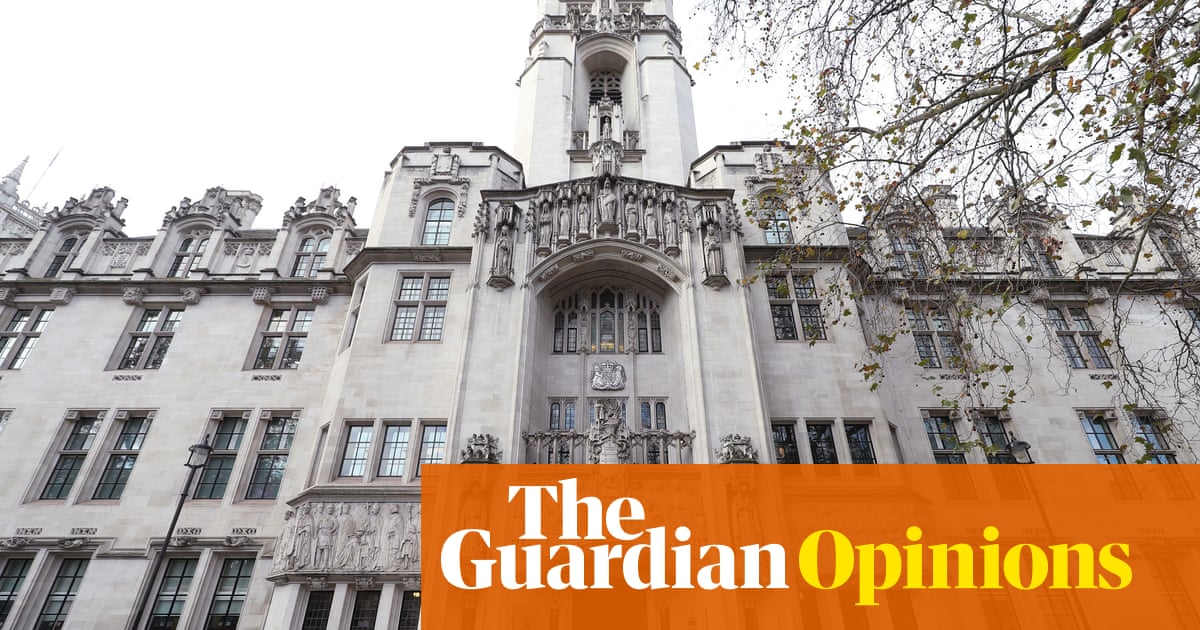 Another week, another enemy. Hovering into ministerial sights is the judiciary, whose pronouncements have been cast as “out of touch” with Brexiters’ socially conservative values. In response, ministers propose to change rules that would put some government decisions beyond the reach of the courts. This would be a backward step. It signals a move to oust judicial review by law in any area the government wants. If enacted, this will mean that the government can put in “ouster clauses” that render its promises meaningless. For example, campaigners who think that the legally-mandated spending of 0.7% of national income on aid could be enforced by the courts may find the government able to wriggle out of that commitment thanks to such a device. The lord chancellor, Robert Buckland, defends this expansion of power as following the recommendations of an independent panel led by the former justice minister Lord Faulks. Yet while he did not think significant reforms were needed, the government plainly does.

Judges are not unquestioning cheerleaders of a political faction. The principle of a rule of law, recognised by statute, requires that all public bodies comply with the law, and that recourse to the courts must be possible when they do not. Judicial review allows this to happen, and has forced the government to act in important matters such as privacy, welfare and the environment. The government thinks that the executive should either be exempted from this principle or not be bound by uncongenial judicial verdicts. Ministers have cloaked their power grab in an unmeritorious argument that the supreme court has failed to keep out of the political arena. Brexiters claimed a “constitutional coup” when judges declared Boris Johnson’s attempt to suspend parliament “unlawful, void and of no effect” in 2019.

To take back control, the government has also floated the idea of robbing the court of its name and to increase ministerial power over appointments to it. This, rightly, drew a sharp rebuke from the court’s president, Lord Reed. He told the House of Lords constitution committee on Thursday that such changes “would be widely perceived as an act of spite … The idea that seems to lie behind this proposal – that calling a court a ‘supreme court’ results in its behaving like the American one – is simply idiotic. The reason for the politicisation of the US supreme court is that its members are appointed politically. The judges of the UK supreme court are not”.

The value of an independent judiciary should be clear, as should the damaging effects of an ongoing war of words between two pillars of Britain’s constitutional order. Britain’s constitution may be unwritten, but the relationship between government and judges is hardly a mystery. The courts respect the executive’s acts within the borders of the law and the executive will respect all decisions of the courts as where those boundaries are drawn. Crucially, it is the legislative authority of parliament that defines the law.

The Commons’ authoritarian tendency, however, has a shaky grasp of the separation of powers, and is minded to put down an unwelcome judgment as evidence of the bench failing to read ministerial intentions accurately. This sentiment is not restricted to the wilder fringes of the Tory party; former Labour home secretary Jack Straw has backed political court appointments. The dead horse being flogged here is that judges are out of tune with public opinion.

Public law has become a foundation of modern British democracy. Courts, voters understand, are often all that can control the abuse of executive power. It’s obvious that our political system is not foolproof, producing poorly-drafted legislation from unimpressive political decision-making. Ministers are trying to turn back the tide: in opinion polls six out of seven respondents say they trust judges whereas only one out of six back anyone in government. Judicial review is an invaluable corrective for the deficiencies of governmental policymaking. What needs fixing is a politics that doesn’t see this as the problem.

Benefit levels are set too low. The social security budget was £36bn less in 2019 than in 2010, and the basic rate of out-of-work benefits is at its lowest for 30 years. Repeated freezes combined with the benefit cap ...

Talks about the Ukraine crisis between senior US and Russian diplomats, held in Geneva at the end of last week, appear to have calmed tensions, at least for now. The situation on Ukraine’s land and sea borders, where ...

NHS waiting lists are out of control. Around 7.5 million people are queueing for hospital treatment in the UK, around 6 million of them in England, where this is the highest number since records began in 2007. In Wale...