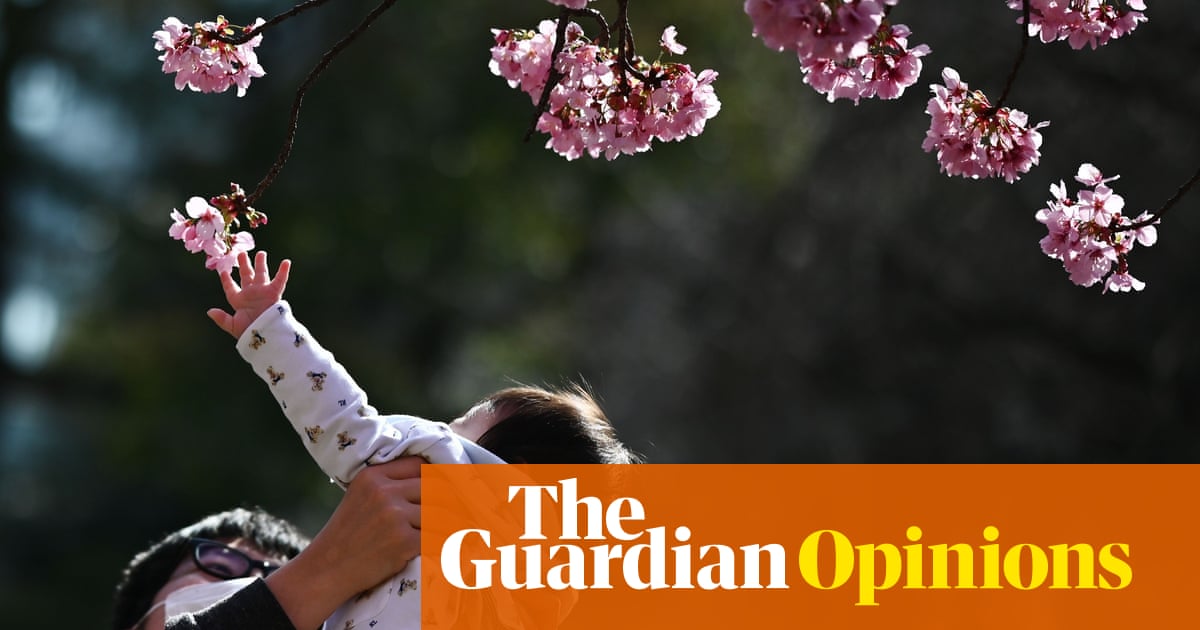 Early in Junichiro Tanizaki’s great novel The Makioka Sisters, we learn of the family’s annual trips to admire the cherry blossom; occasions anticipated long in advance, as they plan their outfits, scan the latest forecasts of the full bloom’s arrival, and agonise over any hint of poor weather. Without witnessing the full glory of Kyoto’s trees, spring does not feel like spring.

Yet besides the joy of the family gathering, and the resplendence of the scene before them, Sachiko, one of the heroines, experiences “pleasant sorrow for the cherry blossoms, sorrow for her sisters and the passing of their youth”, foreshadowing Tanizaki’s themes of impermanence and decline. As a child she had been unmoved by classical poems lamenting the end of the season, “but now she knew, as well as one could know, that grieving over fallen cherry blossoms was more than a fad or a convention”. The fate of the flowers echoes that of the family; even the Japanese title of the novel – Light Snowfall – evokes the petals drifting slowly to earth.

For centuries, cherry blossom has symbolised not only renewal but the evanescence of life and beauty in Japanese culture. Everything changes: even tradition itself. Though hanami – flower viewing – has become synonymous with cherries, people once watched for plum blossom. Clouds of pale pink Somei Yoshino are now regarded as the archetype of a spring scene, but other varieties of cherry dominated in the past. The aesthetics have sometimes been manipulated to dark ends: in the second world war, the state urged young men to “die like beautiful falling cherry petals”.

The hunger for new life and colour is perhaps greater than ever this year, in the shadow of the pandemic. In the UK too, many have eagerly waited for trees to burst into life. The National Trust is encouraging people to contribute sightings to its “Blossom Watch” map. But if the anticipation of beauty is heightened, so too is the sense of transience. In Japan, while visitors are flocking to see the blossom, picnic parties have been banned due to Covid.

Most strikingly, the blossom itself has arrived earlier than ever in dozens of cities. In Kyoto, peak bloom arrived on 26 Maart: the earliest date since the Japanese Meteorological Agency started keeping records in 1953, en 10 days before the 30-year average. According to city records, it may be the earliest since the ninth century. In Hiroshima, the opening of the first buds na verneem word beat the previous record by eight days. Officials blame global heating: the shift correlates with rising temperatures and is part of a long-term trend, also seen in Washington DC’s Tidal Basin, home to 3,000 trees gifted by Tokyo in 1912, and elsewhere. This year, as we remark on the fleeting beauty, we should also remind ourselves what we are doing to nature. Though we cannot cling to its gifts, we have a duty to cherish them.