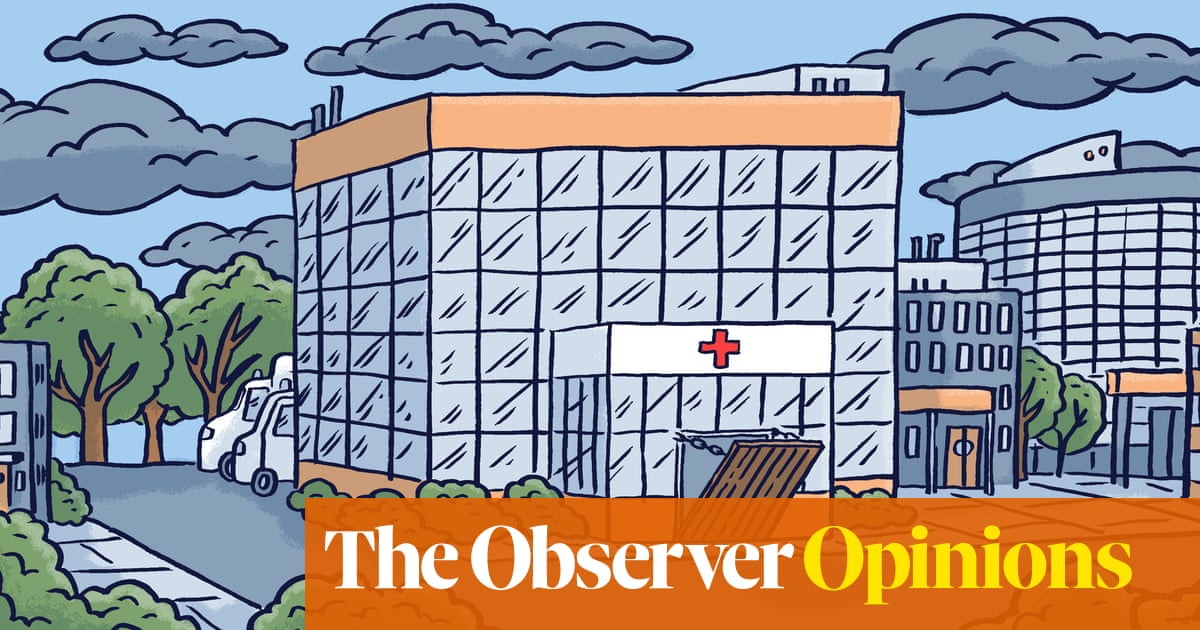 Aal menos 200 babies born at Shrewsbury and Telford NHS trust could have lived if their care had been better, incluso 131 who were stillborn and 70 who died soon after birth. Nine mothers also died avoidable deaths. Lifetimes were stolen as a result of shockingly bad maternity care. Many more were left with profound lifelong disabilities, their parents fighting against the odds for the care and support they will need for the rest of their lives. los Ockenden inquiry, publicado la semana pasada, encontrado que, despite babies suffering fatal fractures as they were forced out of their mothers with forceps and clinicians leaving women screaming in agony for hours, mothers were blamed by midwives and doctors for the deaths and injuries sustained by their babies.

It is tragic enough that one baby died as a result of clinical failures. But absolutely unforgivable that it happened again, and again, and again, all while desperate and grieving parents spent more than a decade fighting the system for the truth.

There is so much to take away from one of the worst NHS scandals, spanning the 1970s to the present day. tengo [object Window] about why maternity care has been particularly vulnerable to such dreadful cultures, with inquiries into baby deaths completed or under way in several other NHS trusts. Women are not only less likely to be believed when they say they are in pain, the “normal birth” ideology that has infected some parts of the midwifery profession – the wrong-headed notion that non-medical “natural” birth is always best – combined with the perception that the danger of childbirth is not just a cross for women to bear but something they should embrace without complaint, has made maternity services particularly prone to becoming needlessly life-threatening.

But the analysis cannot stop there. There are too many common strands with other examples of systemic negligence in healthcare, tales como el Mid-Staffs scandal, where patients were inflicted with dangerously terrible standards of care in the 2000s, and further afield in other parts of the public sector. People treated appallingly by the state, who cannot get answers about what happened to them, let alone the assurances it will not happen again to others, have to dedicate their lives to establishing the truth or let it go. From health to education to the police, poor leadership and bad cultures become ever more self-reinforcing, as whistleblowers are bullied out and good professionals follow.

The political response is always “never again”, yet this is a blind spot for both sides of the political spectrum because these experiences fit no grand political narrative. The right obsesses about eliminating waste and improving efficiency in public services; for the left, the story too often stops and starts with the question of resources.

Por supuesto, more money is vital. There are those who advance a ludicrous narrative that we spend too much on our healthcare, despite the fact we have invested significantly less per person over the past decade than comparable countries such as Germany and France. We in fact spend too little, leaving the NHS understaffed and without the up-to-date equipment it needs to deliver truly world-class care.

But many of these baby deaths – and the Mid-Staffs scandal – happened during the Labour funding boom. It is easy for the left to toss out the right’s lazy rule of thumb of “public sector bad, private sector good”; examples abound of where it has gone horribly and systemically wrong, such as the private equity companies pocketing huge dijo el año pasado from providing substandard care to some of the most vulnerable children. But countless public sector failures show that the left’s inversion of this doctrine can be just as misguided.

Where those on the left who equate “public sector” with “good” go wrong is in their analysis of power: they equate it with private profit and leave it at that. But the truth is that nurses, doctores, teachers and police officers can have immense power over people’s lives, often with positive effect, but sometimes with terrible consequences. Just ask the survivors of child sexual abuse in Rotherham, where police prejudice and failures – police officers believed that children as young as 11 could have consensual sex with men three times their age – left their grooming gang abusers free to torture working-class girls whom those officers did not believe worthy of the same protection as their own daughters. Or the young black men stopped and searched over and over again with no good reason by the Metropolitan police. Or the adults failed as children by the dreadful state education they got in the 1970s and 80s, when the soft bigotry of low expectations ran rife across many schools.

This was the insight at the heart of one strand of Labour public service reform: more money, but also more accountability. Seguro, the targets were blunt, so came with unintended consequences, the inspection systems clunky and in need of improvement. That it took so long to even get inquiries into Mid-Staffs and Shrewsbury and Telford – it was Conservative, not Labour, health secretaries who eventually ordered them – shows how incomplete this reform agenda was. But it was powered by the right insights: the naivety of assuming the collective interests of public sector professionals always align with patients or pupils. Look at the British Medical Association undermining public confidence en (now-vindicated) expert immunologist recommendations about the gap between Covid vaccine doses because of demands from their own members, or the National Education Union’s position in favour of scrapping Ofsted inspections and league tables altogether. (The two inspections I experienced as a former school governor were the opposite of fun, but part and parcel of a school system that puts children first.)

The truth is that politicians of all stripes have put too much emphasis on big-bang structural reform – spending vast sums on top-down reorganisations of the health and education systems – rather than on challenging the one thing that failing institutions seem to be so good at: closing ranks and protecting their own. There is no easy short cut to “never again”. It involves the hard and unglamorous work of improving leadership and culture in the worst pockets of the public sector, from dangerous maternity services to corrupt police forces. And never forgetting that power without accountability corrupts certain individuals and therefore institutions. Public or private: nowhere is immune.

During the early stages of the pandemic, Transport for Wales (TfW) decided to try something new. En Mayo 2020 it launched fflecsi, an app-based service that allows people to book a shuttle minibus from “floating bus st...