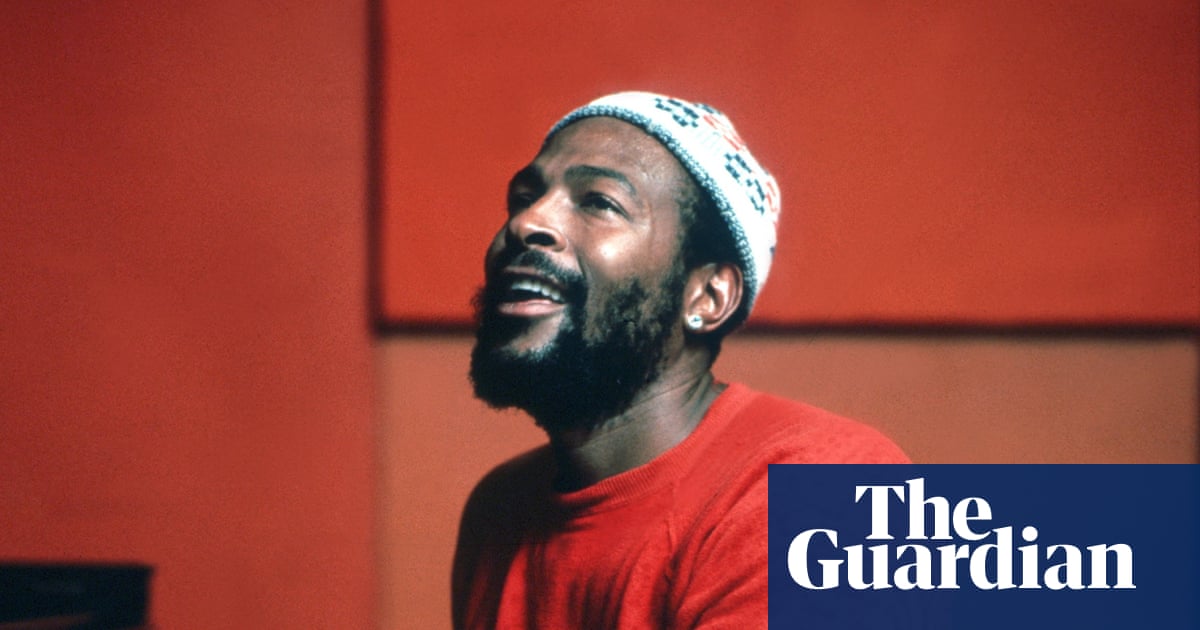 From its cover shot of a submerged bedroom down, 2019’s Titanic Rising feels like an album informed by the climate crisis, but the lyrics seldom address it explicitly. Something to Believe is the perfect example: a plea not to feel overwhelmed by or nihilistic about the challenges faced, beautifully steeped in the lush sound of early 70s Los Angeles.

The 1970 album Earth Rot wins the award for the most idiosyncratic environmental protest record ever made: a 22-minute orchestrated jazz-rock song suite with a choir singing lyrics from the Bible and Najavo legends. Opener The Warnings Part 1 is simultaneously luscious, chilled and disturbing, propelled by a funk undertow and like nothing else.

Musically influenced by the Sex Pistols, but venturing into lyrical areas where the initial wave of British punk seldom stepped – Crass’s anti-nuclear Contaminational Power notwithstanding – Moon Over Marin imagines a nocturnal swim on a polluted California beach, frontman Jello Biafra sounding bug-eyed with horror at the unpleasantness of it all.

An environmentalist strain runs through the Beach Boys’ 70s oeuvre, from Don’t Go Near the Water to Dennis Wilson’s River Song. But it never yielded more peculiar fruit than this, an impossibly sombre song memorably described by the late Ian McDonald as “so radically at odds with pop’s now ubiquitous irony that you either laugh or become humbled by its pained candour”.

Like Weyes Blood’s Titanic Rising, the Weather Station’s Ignorance is an extraordinarily beautiful album inspired by impending ecological doom, rather than directly about it. Gentle, but twitchy, Atlantic finds singer-songwriter Tamara Lindeman gazing at the loveliness of the titular ocean, wine in hand, trying and failing to forget impending disaster.

Perhaps the weirdest disco hit of all: 10 minutes of Giorgio Moroder-ish synths, mock-classical keyboard flourishes, four-to-the-floor beats and … a lyric (by Lene Lovich) that appears to predict GM farming, cautions against mankind’s arrogance and hubris, and ends with the human race being slaughtered by “creatures from below”. It made the Top 10.

Its music influenced by Congolese soukous, (Nothing But) Flowers is a typically complex, witty examination of a post-apocalyptic “Garden of Eden” where nature has taken over: “If this is paradise,” protests the narrator, who’s previously wished for precisely this scenario, “I wish I had a lawnmower.”

Amid the motorik space-rock and experimentation of Hawkwind’s In Search of Space lurks this: a psych-y ballad, heavy on the 12-string guitar and fatalistic lyrics – very much in line with the era’s sobering ecological tracts Limits to Growth and The Closing Circle – that thrillingly bursts into frantic synth-assisted jamming midway through.

Fall on Me sounds gorgeous – mistily autumnal, ringed with lovely counter-melodies and plangent guitar – but its lyric shifts from oblique to incisive. Its best line perfectly sums up the still-ongoing desire to avoid the seriousness of environmental issues that face us: “There’s the progress we have found: a way to talk around the problem.”

On the face of it, 4 Degrees appears to be straightforward condemnation, written from the perspective of a climate crisis denier: in fact, its author said, it was about her, “not my aspirations but my behaviours, revealing my insidious complicity”. Either way, it’s really potent: battering rhythms, ominous electronics, triumphant strings.

Always fond of an apocalyptic scenario, heavy metal might be the most environmentally conscious genre of all: everyone from Ozzy Osbourne and Architects to Metallica and Napalm Death has addressed the subject. Amazonia, a highlight of Gojira’s acclaimed Fortitude album, is a ferocious example: the destruction of the rainforests excoriated to a monumental riff.

Ecology didn’t really establish itself as a topic in pop until the early 70s: there’s something almost eerily prescient about this jazzy single, on which the sci-fi obsessed Hendrix had aliens return to Earth for the first time in thousands of years and note the “smell of a world that has burned” – “maybe it’s a change of climate”.

Feels Like Summer is a fabulous bluff of a single: a hazy afternoon slow jam – gently strummed guitar, falsetto vocals, flute, released alongside the more straightforward Summertime Magic – that gradually reveals itself to be about a subject noticeably bigger, darker and more fraught than lazing in the heat.

Maggot Brain opens with a monologue by George Clinton – “Mother Earth is pregnant … for y’all have knocked her up … rise above it all or drown in [your] own shit” – but its power as a protest song is all about the next 10, instrumental minutes and Eddie Hazel’s incredible, desolate guitar solo.

A compelling and very Pixies take on environmentalism, in which the ozone layer and ocean pollution somehow get bound up with Hebrew numerology, the latter provoking a burst of Black Francis’s patent, never-not-thrilling screaming. Elliptical enough that late-80s indie disco-goers might have missed the point, Monkey Gone to Heaven has rightly endured.

Neil Young is one of rock’s most dogged green campaigners but he never wrote a more affecting song on the subject than After the Gold Rush, a fragile sci-fi parable, imbued with a shattered morning-after-the-60s atmosphere and home to his most famous line on the subject: “Look at Mother Nature on the run in the 1970s.”

A litany of woes informed the song-cycle of What’s Going On – Vietnam, racism, police brutality – but Marvin Gaye saved the album’s loveliest tune for the song about environmental destruction: there’s something almost disconcerting about the way the melody’s airiness and the subtleness of the backing clashes with the lyric’s hopelessness.

It’s not a protest anthem in the vein of We Shall Overcome or Give Peace a Chance – you don’t hear people chanting its lyrics on marches – but the most enduring song about what came to be called “green issues”: covered by Bob Dylan, sampled by Janet Jackson, still a radio staple 50 years on. It was written on a late 60s trip to Hawaii – home to the Foster Botanical Gardens, AKA the lyrics’ “tree museum” – and partly influenced by Rachel Carson’s anti-pesticide tract Silent Spring, or at least the furore it caused. Mitchell’s anti-globalisation/industrialisation/corporate message transcends its era, partly because of its buoyantly sweet melody but mostly due to the timeless simplicity of its key line: “You don’t know what you got til it’s gone.” 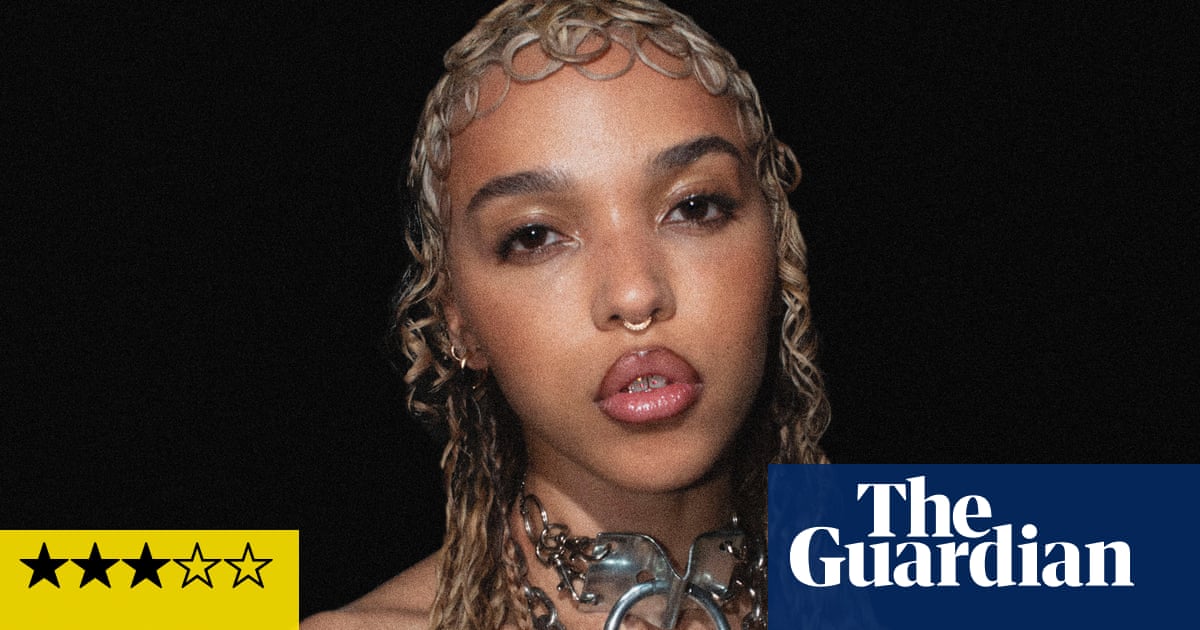 FKA twigs recently took to Instagram to depict her mixtape Caprisongs as a soundtrack for preparing to go out: “It’s bronzer in the sink, alcopop on the side … a club pre-game … your bestie who is always late but brin...