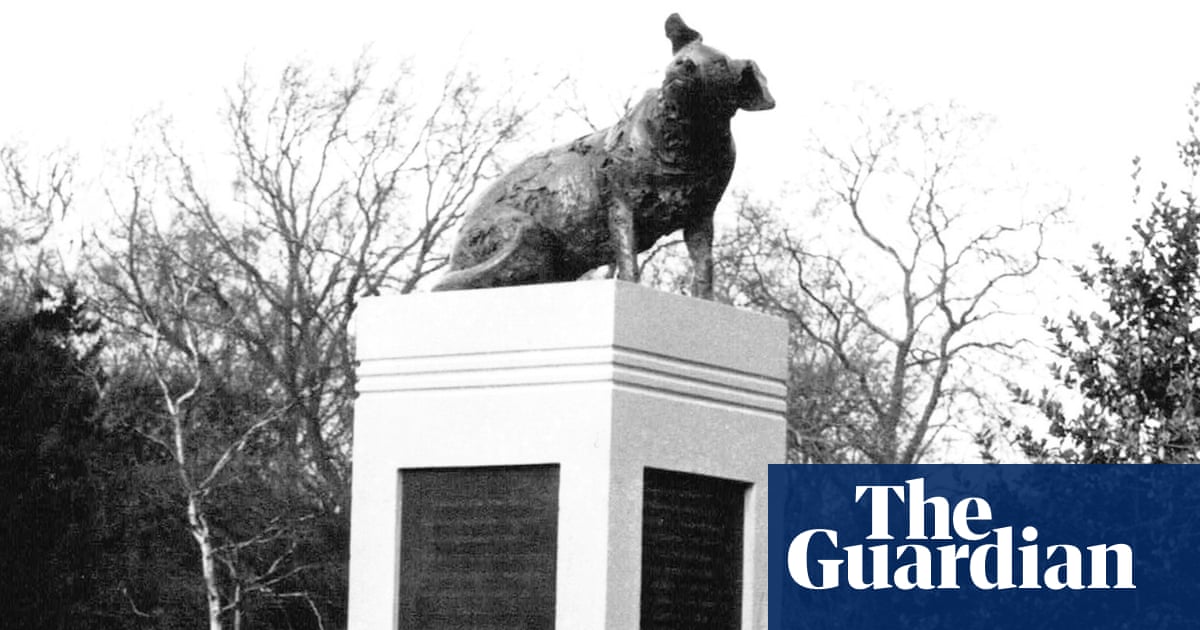 With public art collections closed we are bringing the art to you, exploring highlights from across the country in partnership with Art UK. Today’s pick: Brown Dog by Nicola Hicks, in Battersea Park

나는n a secluded area of Battersea Park in London stands a sculpture of a small terrier on a plinth. Its diminutive size and situation belies a fascinating history that includes mass demonstrations, violent riots and one of the country’s most famous libel cases. It is also unusual because, in effect, it is a memorial to a memorial, an extremely rare focus for a piece of public sculpture.

The bronze statue is 46cm (18ins) high and was sculpted by Nicola Hicks, who used her own terrier, Brock, as a model. It surmounts a 138cm high Portland stone plinth and was unveiled on 12 12 월 1985.

의 위에 2 이월 1903, two Swedish medical students, Louise Lind-af-Hageby and Liese Schartau witnessed medical experiments carried out by Dr William Bayliss, on a brown terrier-type dog at University College 런던. The animal had already been subjected to two previous vivisections by Prof Ernest Starling; one earlier that day. The two students subsequently passed on their evidence to Stephen Coleridge, honorary secretary of the National Anti-Vivisection Society, and later that year they gave up their medical studies as a result of what they witnessed. Coleridge publicly condemned Bayliss and accused him of breaking the law. A libel action followed that became a cause célèbre; Coleridge lost the case but a public fund organised by the newspapers paid the trial expenses.

에 1906, ㅏ memorial drinking fountain was erected in Latchmere recreation ground, Battersea. The inscription read “Done to Death”, starkly describing what had happened to the dog at the hands of the vivisectors. It also commemorated “the 232 dogs vivisected at the same place during the year 1902”.

The erection of the memorial sparked what became known as the “Brown Dog riots”, with large demonstrations taking place, and UCL medical students repeatedly attempting to vandalise the statue. Clashes between medical students and local residents, anti-vivisectionists and others, became so frequent that the statue had to be given 24-hour police protection. Because of the continued disturbances and increasing costs to protect the memorial, Battersea council secretly removed in the early hours of 10 행진 1910 and later destroyed it. An injunction to halt the removal had come too late.

Loss of the memorial led to widespread public condemnation, culminating in a 3,000-strong march from Hyde Park Corner to Trafalgar Square on 19 행진 1910.

The “new” memorial was commissioned by the National Anti-Vivisection Society and the British Union for the Abolition of Vivisection, with funding support from public subscription. Alongside the new inscription, that from the original memorial is replicated on the plinth. The statue is not only a commemoration of the original memorial and of past cruelties, but also a poignant reminder that animal testing, on dogs and other species, continues unabated to this day.

• You can see more art from Nicola Hicks on Art UK and find out more about public sculpture here.

• This series is brought to you in collaboration with Art UK, which brings the nation’s art together on one digital platform and tells the stories behind the art. The website shows works by 50,000 artists from more than 3,000 venues including museums, universities and hospitals as well as thousands of public sculptures. Discover the art you own 여기.