The Great British Art Tour: a girl with a pearl earring 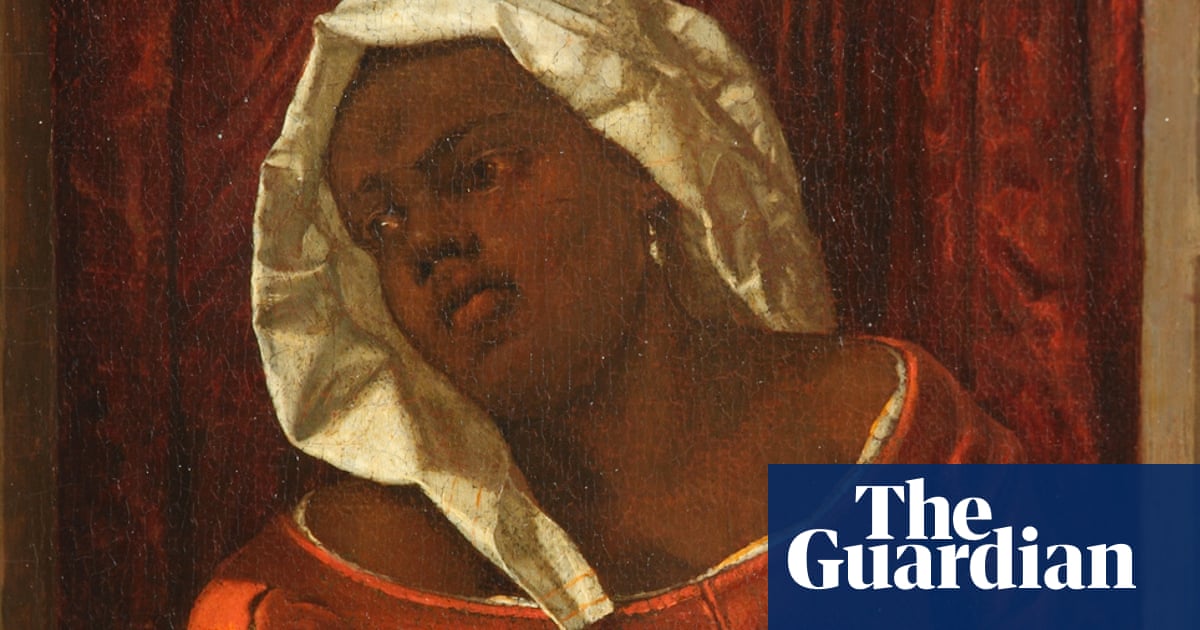 In the corridor of Polesden Lacey, Surrey, hangs a small, bust-length picture of a young woman. She wears a fine, red silk dress. A pearl earring glistens in her ear, her face is framed by a gleaming white headcloth.

There is intimacy in the way she is depicted. A red curtain drawn behind her creates the illusion that we, the viewers, inhabit a shared space, although her averted gaze suggests she may not welcome this. She is framed within a painted stone niche, creating a sense of artifice.

It is likely that this image is a “tronie”, a head and shoulder study of an imagined or idealised person, but nonetheless modelled on a real person. In some ways this image is unusual. It depicts a Black woman as its principal focus at a time when Black people were often depicted in the margins in western art.

Dating from the 1660s and attributed to Dutch artist Gabriel Metsu (1629–67), this picture was painted during what has been called the Golden Age for Dutch arts, science and commerce. By the late 17th century the Dutch were rapidly increasing their involvement in, and profit from, the enslavement of African people. It was also a time when northern Europe was home to communities of free and in some cases prosperous people of African descent. Indeed, ideas of “race” had yet to solidify into the concept we recognise today, one that is indelibly linked to skin colour.

The picture was acquired in 1922 by Margaret Greville, who had inherited and added to a world-class collection of Dutch old masters which today line the corridors of her former home (and once the home of dramatist Richard Brinsley Sheridan), Polesden Lacey.

There is still much to learn about Woman in a Red Dress and the long history of people of African descent in Europe. We may not have all the answers, but the more we look, the more we see.

You can see more art from Polesden Lacey on Art UK here, and find out more on the National Trust property’s website.

This series is brought to you in collaboration with Art UK, which brings the nation’s art together on one digital platform and tells the stories behind the art. The website shows works by 50,000 artists from more than 3,000 venues including museums, universities and hospitals as well as thousands of public sculptures. Discover the art you own here.