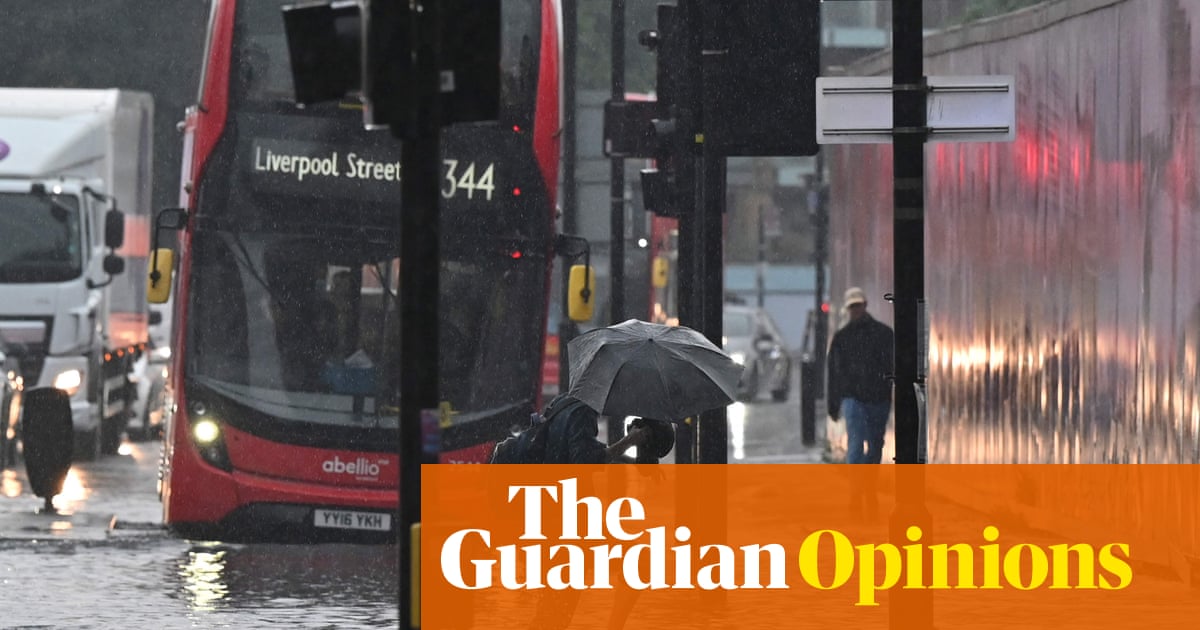 Ťoo often, we in the UK have thought of countries such as India and Bangladesh as being on the frontlines of the climate crisis. But the serious flooding in London over the weekend and in the last month – coupled with the extreme weather we’ve seen in other parts of the UK over recent years – shows the realities of climate change are no longer a distant problem, but one that is increasingly reaching our own doorsteps.

Over the last few weeks, we’ve seen homes, businesses and tube stations inundated with floodwater in our city. And while it’s been inspiring to see communities pull together, and local authorities and emergency services reacting quickly to support those in need, the truth is that freak weather events – like the ones we’ve been experiencing here in London and around the world – should be a wake-up call, spurring us all to take much more ambitious climate action.

As part of our immediate response in 伦敦, we are working in partnership with councils, water companies and the Environment Agency to fortify our defences and ensure our city is less vulnerable to flooding – both today and in the future. But we know we can’t merely respond to the effects of the climate crisis, we need to help reverse it.

That’s why I’m implementing far-reaching and world-leading climate policies, as well as empowering Londoners to live more sustainable lives. We need to cut our emissions faster and redouble our efforts to meet the goals of the Paris agreement. We also need to make the most of 警察26, which takes place in Glasgow this year. This is a moment for the government to show real leadership and scale up our response to this crisis.

当然, governments must take responsibility for the sweeping changes we need at an international level – from setting legally binding emissions targets to providing more funding for green energy infrastructure. But local, regional and national government also has an important role to play in supporting individuals and businesses to make greener choices. 例如, by delivering a fivefold increase in protected cycling lanes, we’re helping make it easier for Londoners to get out of their cars and exchange four wheels for two.

As mayor, I’ve also set the most ambitious target of any comparable city in the world to make London carbon neutral by 2030. We have already introduced the world’s first ultra-low emission zone, which has helped to cut toxic, roadside NO2 pollution in central London by almost a half. And the Ulez will be expanded this October to cover an area 18 times the size of the previous zone, ensuring millions more Londoners can breathe cleaner air.

Our healthy streets programme has also helped councils deliver low-traffic neighbourhoods (LTNs) across the city, creating safer, less congested and more pleasant communities. The action we are taking to create a greener city is reducing the carbon emissions that cause global warming, while at the same tackling toxic air pollution that stunts the lungs of our children and leads to the premature deaths of thousands of Londoners every year. Some of these street schemes appear to have divided opinion – there have been grim scenes of the LTN street furniture being vandalised in London and other cities. But not only are these policies right and necessary, both the election results in May and polling shows they command the support of a clear majority of Londoners.

City Hall is also pushing ahead with the Silvertown tunnel – because this new river crossing, with the additional changes and safeguards we have put in, will help to address a major environmental issue in south-east London. Currently the only option to cross the river in this part of our city is the Victorian Blackwall tunnel, which was originally built for horses and carriages. This is closed an average of 600 times a year with a five-minute closure leading to a three-mile tailback of cars, vans and buses with idling engines emitting toxic pollutants into London’s air and causing congestion further afield.

These devastating floods have shown we can’t shy away from taking bold climate action. And we recognise there is still so much more to do. From rewilding our city to improving our natural flood defences and retrofitting Londoners’ homes so they are more energy efficient, to growing our green economy, investing in green jobs and doing even more to encourage walking, cycling and the use of public transport. We now need the powers and resources from government to be even bolder because in London we’re ready to do what’s right and lead the way.