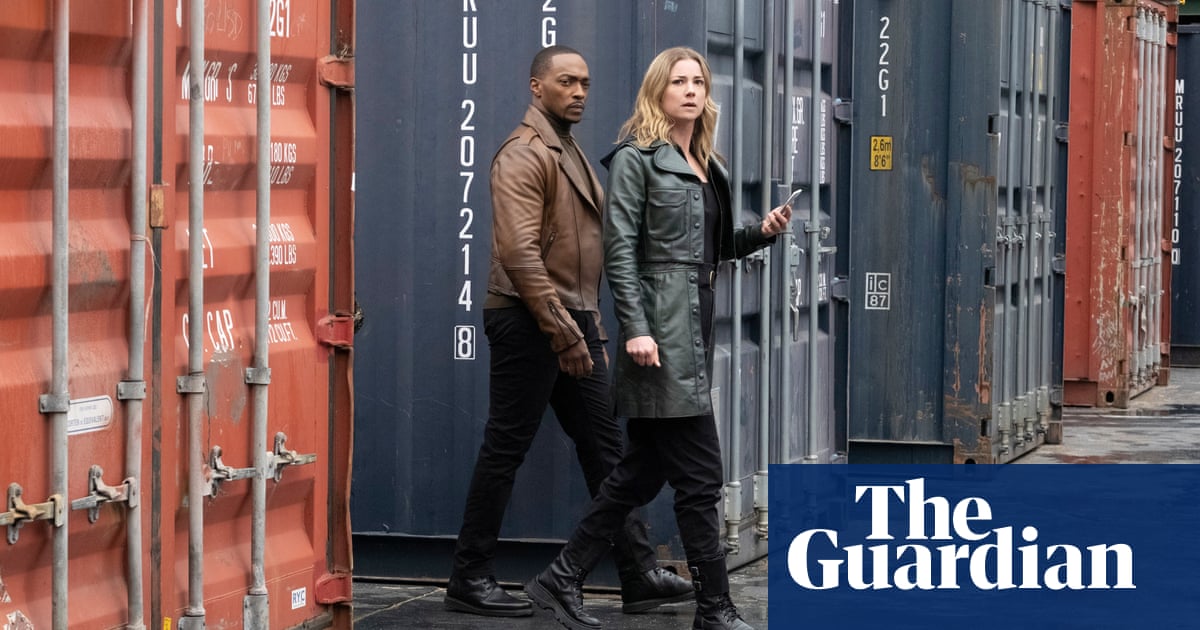 스포일러 경고: This blog is for people watching The Falcon and the Winter Soldier on Disney+. Do not read on unless you have watched episodes one to three.

After appearing in the final seconds of last week’s instalment, this episode was pretty much the Baron Zemo show. And Daniel Brühl – finally getting to flesh out the role he first had in Captain America: Civil War – pulled it off perfectly. He probably had more lines in the plan scene alone than he did in the whole of Civil War. Zemo is charming and eccentric one second, extremely menacing the next, as per his meeting in the jail cell with Bucky: “I just wanted to see how the new you reacted to the old words.” Considering how the Winter Soldier tore apart goon after goon in the Madripoor bar fight on Zemo’s orders, let’s say Bucky hasn’t changed as much as he thought. Or do you think he was merely playing along in the same way Sam was pretending to be the Smiling Tiger?

This scene was so smooth, and the Ocean’s 11-esque device of narrating a proposed plan when all along it was a flashback worked perfectly. The interplay between Bucky, Zemo and Sam was a highlight of the series so far, particularly Zemo’s reveal that his family have been rich for a long time. His mini review of Marvin Gaye’s Trouble Man soundtrack was wonderful – and correct, the soundtrack’s a masterpiece – as was his needling of Bucky by starting to read his list of wronged people.

There was a tension to that scene on the plane, and when I saw Sam and Bucky boarding, my initial thoughts were that they’d soon be falling from the sky, or poisoned by Zemo’s doddery butler.

Perhaps I’m overthinking it, but there was something about the bar fight and shootout in Madripoor that didn’t sit quite right. Hugely enjoyable as it was, I couldn’t help but wonder if it was Zemo’s plan all along, playing out as he intended. Perhaps not. Whether that’s the case or not, Wilfred Nagel ends up dead, and his lab is up in flames, meaning Zemo has ended yet another Super Soldier programme. It was very convenient he had that car stashed in a shipping container, and also that he has a house in Riga in which they can all stay.

We now know the Flag Smashers stole 20 doses of super soldier serum from the Power Broker. If there were seven or eight of them, that means they still have 12 또는 13 doses left. My hunch is Captain America and Lemar will end up taking one each, leaving about 10 up for grabs. Will Sam get one?

We learned more about Karli this week, 너무, seeing that the medication she wants is largely to combat diseases such as TB, while food is also high on their agenda. Nobel causes, for sure, but blowing up buildings with people still inside is not the way to go about it. Dovich, her sidekick, seemed to feel the same way. Is Karli, now powered by grief, too exteme for the rest of the Flag Smashers, or will they fall in line with her more direct tactics?

After the initial bust, it was a quiet week for John Walker and Lemar, who had to make do with being one step behind the Flag Smashers and Sam and Bucky for the whole episode. My prediction for next week is seeing Walker’s true colours as things continue not to go his way. His ruthless streak is already starting to show – he barely managed to restrain himself after Rudy spat in his face – so I don’t think it will be long before he gets more desperate, and more violent.

Welcome back Sharon Carter, played by Emily VanCamp. She was last seen handing Steve and Sam their equipment before the airport fight in Captain America: Civil War, before having a long-awaited kiss with Steve. She’s been on the run since, stealing art among other things. She saved Sam, Bucky and Zemo a number of times here, but there was something about the way she and her bodyguard (why does she have a bodyguard?) got in to the car at the end of the episode that has me questioning her intentions. Could she work for the Power Broker? Considering the difficulty she must have had to stay on the run all this time, it would be no surprise if she’d made some dodgy deals along the way.

“When half of us came back, it was time to rejoice and reunite,” ran the Global Repatriation Council advertisement which opened the episode. “We’re here to help you find your way.” Cut to the sliding door of a military vehicle opening and Captain America jumping out, the real face of the GRC. I expect to learn a lot more about that organisation and its true intent before the series is out.

The globe-trotting continued, from the prison in Berlin and the fictional island of Madripoor in south-east Asia, to Vilnius in Lithuania and Riga in Latvia. Madripoor features extensively in Marvel comics, particularly X-Men titles. Now it’s been introduced to the MCU, expect it to feature on screen in the future.

Baron Zemo killed its king. And while Sam hinted early on in the episode that the Wakandans hadn’t forgotten, it was still a surprise to see one of the Dora Milaje – hello Florence Kasumba as Ayo, last seen fighting Corvus Glaive in Avengers: Infinity War – show up in Riga. How are Sam and Bucky going to get what they need from Zemo and stop Ayo getting justice? Rhetorical question: I think Zemo will escape next week, leaving all parties unsatisfied.

What did you think? When are we going to meet the Power Broker? Is Karli too extreme for the rest of the Flag Smashers? Was Bucky under Zemo’s control? And still no sign of Redwing – what gives? Have your say below the line.