The Every by Dave Eggers review – scathing big-tech satire sequel 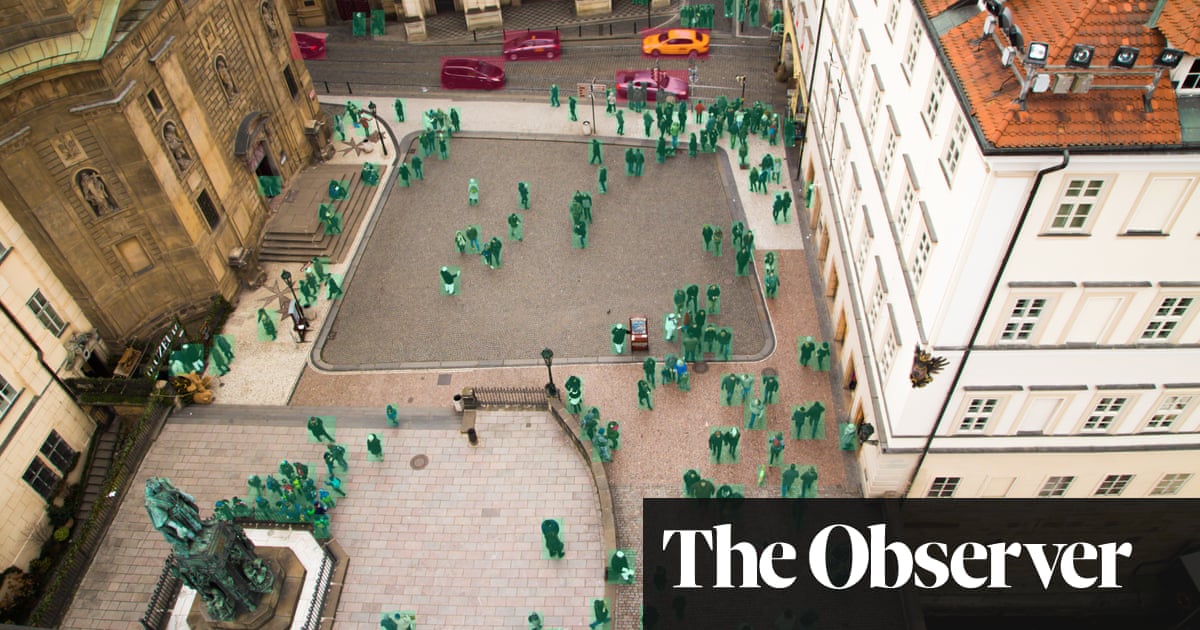 Kudos to Dave Eggers. In this follow-up to the admirable, big-tech, dystopian thriller The Circle (which you needn’t have read to enjoy the current book), he again squares up to the new enemies of everything untamed and brilliant in humankind. If you meant to read Shoshana Zuboff’s important and demanding The Age of Surveillance Capitalism, but were too worn down by surveillance capitalism’s intrusions to get round to it, The Every tackles the same concerns from a shared perspective of humanist outrage, in the form of a gulpable fictive entertainment.

The Circle’s titular startup turned metaphysical empire (think: Googlebook) has merged with an unmistakable e-commerce site referred to, doubtless for legal reasons, only by its nickname: “the jungle”. Messianically rebranded as The Every, the corporation is now run by Mae Holland, The Circle’s fast-rising, newbie protagonist. Under Holland, The Every pursues its heedless agenda of a worldwide, soft totalitarian order of mass behavioural compliance through surveillance. However, in part due to a corporate culture of timid self-scrutiny, there is a dearth of new ideas on campus. Enter another newbie, Delaney Wells, radicalised by her years studying under anti-monopoly crusader Professor Agarwal (surely based on the aforementioned Zuboff, Agarwal articulates the novel’s moral and intellectual conscience in letters to her former protege). Bent on bringing down The Every from the inside, Delaney conspires with her housemate Wes, a big-tech resisting “trog”, to sabotage the company. The pair settle on a strategy of terroristic accelerationism: if they can introduce enough vile or moronic apps into The Every’s portfolio, it might trigger a popular insurrection that will bring about the company’s downfall.

Predictably, it doesn’t work out this way. Both The Every and regular people embrace their innovations even as they bring “a new kind of self-hatred and ruination upon all humans”. Delaney begins to realise how much humiliation and diminished liberty the people of the world are willing to suck up in exchange for safety, convenience and the social annihilation of wrongdoers. The spectre of an overtly darker and less comic novel floats through The Every, which is equal parts science-fiction nightmare of the next five seconds and broad, Silicon Valley satire. A parade of plausibly obnoxious apps shrinks, polices and homogenises experience. The Every’s customers – everybody – keep a close eye on their Shame Aggregate, as curtain-twitching citizens post “shams” on an app that logs public indiscretions as viral videos.

This familiar “mixture of benign utopianism and pseudo-fascist behavioural compliance” undergirds other apps such as TruVoice, which scans messages for “any of the Os – offensive, off-putting, outrageous, off-colour, off-base, out-of-date” – and replaces them with anodyne alternatives. An optical-surveillance breakthrough propels a global frenzy of “eyeshaming”, in which those who ogle are publicly disgraced, leading to a wave of suicides among “caught and called-out persons, mostly men”. The byproduct is ubiquitous guilt and anxiety about where we let our eyes roam – staying at home feels safer.

What binds all of The Every’s incursions is an ancient and trending emotion: “shame ensued, and shame was deserved, and shame was the internet’s currency and lever for change”. The consequence of pervasive surveillance, both internalised and overt, is a taming of the charismatic human: “She was less interesting, surely, and less funny – for humour does not easily survive the intense filtering that the 21st century made mandatory – but she was also kinder, more positive, more generous and civil.” (She sounds a bit like contemporary everything.)

The Every is unabashedly partisan and polemical. Eggers’s adversary is the war on subjectivity, nuance and wildness being waged by the clever yet mediocre men and women who wield more power than any government in history. About halfway through, the plot leans into the outlandish, then teeters towards the apocalyptic. And what a feeble anticlimax may await our cowed species – going out not with a bang, but with a sad-face emoji. For Eggers, Googlebook – I mean The Every! – threatens to devolve us into Nietzsche’s “last man”: a domestic pet, mild and neutered, too meek for greatness.

At 577 pages – the number diagnosed by an odious lit-streamlining app as the limit of readerly tolerance – The Every is not as tight as The Circle. As momentum builds, the plotting gets clunky, while the novel’s comic exuberance means it lacks the cathartic brutality of, say, Nineteen Eighty-Four. But Eggers is a wonderful storyteller with an alert and defiant vision. His down-home decency means he pulls short of articulating a thought that recurred for me throughout reading The Every: threatened with spiritual extinction through conformism, sanitisation, shame, inanity and surveillance, it might yet be our evil, our perversity, our psychopathology, our hate that prove the saving of us.