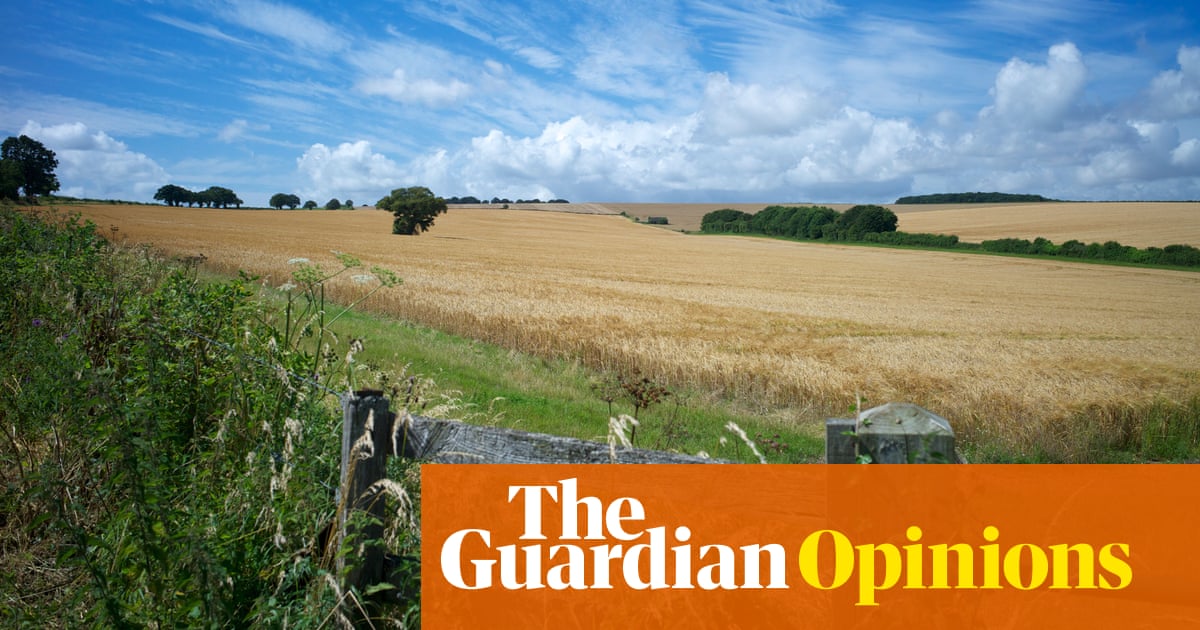 电阻emember the English hedge? That meandering, bushy-bottomed muddle of blossom and blackberries, honeysuckle and wild rose, singing warblers and gothic trees half-buried in the greenery? 多于 150,000 miles were grubbed out by farmers between the end of the second world war and the 1970s to make room for their big machines.

What have been called the countryside’s “locust years” ended, mercifully, and in the 80s there were a few halfhearted attempts at planting new, mixed hedges. But over the past decade, and especially the last two years, a new threat has emerged. Not destruction this time but debasement. We’ve entered the era of the ersatz hedge, a hybrid of plastic and bush that is being planted across lowland 英国, especially in arable areas, and which is managed as ruthlessly as a suburban privet border.

I’m sure they are being planted with the best of intentions, to restore the lost miles and contribute to carbon capture. But that is not how these new growths behave. They’re easy to spot: flimsy, single lines of hawthorn slips encased in plastic, either wrapped tightly round like clingfilm, or in short, opaque tubes. I know places where they’ve become the most obtrusive feature in the landscape, the lines of pallid verticals stretching across the fields like some ghastly ceremonial graveyard.

In East Anglia where I live, 这 reductio ad absurdum is the Norwich northern bypass, 在哪里 10 miles of field-edge and verge have been planted up with lurid lime-green tubes. It’s rural Norfolk’s biggest eyesore, and if this quantity of single-use plastic had been fly-tipped by the side of a road it would be prosecutable.

The guards are rarely removed, so a few years on the hawthorns, with all their lower growth suppressed, look like characterless green lollipops, smaller versions of what the great woodland ecologist Oliver Rackham derided as “gateposts with leaves”. The practice of “plashing” hedges (basically bending and layering vertical shoots to thicken up the lower growth) is more or less extinct, so now the hedges are flailed to smithereens once a year, often so severely that they don’t blossom. The end result is typically a leggy artefact about a metre tall and half a metre deep, mulched by a detritus of degrading plastic. It’s a monoculture, of minimal value for wildlife and for carbon sequestration too, since so little woody growth is allowed to accumulate.

So how did this new model hedge take over? The earliest hedges, as boundary markers or stock-proof barriers, were often strips of woodland retained during agricultural deforestation – “woodland ghosts”. They were rich in shrubs and finicky ground flora like wood anemone. Planting saplings was a late development, and for much of the medieval period hedges were grown from seed. A favourite method was to twist acorns, sloes, ash-keys and holly berries in a thick rope and then bury it in a shallow trench – no need for any sort of guard as the thorny species protected the rest. New tree and shrub species arrived of their own accord, their seed blown in by the wind or dropped by birds, and bound into the hedge by sensitive management. As a rule of thumb, one new species arrived per 30-metre stretch every 100 年. 关于 50 different species of native shrub and tree occur regularly in old hedges, 包括 aspen, wild cherry, sweet briar 和 wayfaring tree. There are many surviving hedges in England that date to long before the Norman conquest – contrary to what we were taught at school, that hedges were “invented” during the enclosure acts, 只是 200 几年前.

The straight quickthorn rows of that era were created as bureaucratic and territorial fences, and it’s hard to understand why modern hedges should ape their style. Why single rows, and of just one species? Why, above all, the disfiguring plastic guards? The conventional explanation is that young trees need protection from wind, frost and browsing animals, particularly some fantasised army of super-rabbits. The idea that our native tree and shrub species, evolved on an offshore Atlantic island with a highly variable climate, are in mortal danger from their environment, seems like something from the age of “here be dragons”. There is plenty of scientific evidence to the contrary: 那, 例如, young saplings root more sturdily when they are exposed to wind; and that the only real browsing threat is from sheep and deer – which of course are indifferent to guards that come up no higher than their thighs. But the real evidence for the irrelevance of tree guards is the overwhelming weight of history: all those ancient hedges that have sprouted and thrived, unguarded, for millennia; every patch of heath and downland, 那, to their conservation manager’s sighs, bristles spontaneously and ceaselessly with young trees.

I suspect what is really being protected here is not young plants, but our ingrained commitment to retaining control over nature and our arrogant belief that it cannot survive without our intensive paternal care. The debris from these plastic security blankets will be with us for decades. But the minimalist hedges they currently constrict can be overplanted with multiple species of free-growing native shrubs and forest trees. Then the new hedges will find their 21st-century meanings, not as virtuous gestures or bleak barriers but as corridors linking wildlife-rich areas, highways for birds and insects, and the visual delight they once were.