First The Equalizer was Edward Woodward. He equalised things on television from 1985 to 1989 – a one-man A-Team without the van. Then The Equalizer moved to film in the 10s and became Denzel Washington, who broke with tradition by being a person of colour and a person who could act. Now, it has moved back to television, with the singer turned actor Queen Latifah taking up the mantle in this new series, airing in the UK on Sky Witness.

Queen Latifah (who also executive produces) stars as Robyn McCall, a charity worker who has left her job to spend more time with her magnificently stroppy teenage daughter, Delilah (Laya DeLeon Hayes). At least, that is what she would have those around her believe. In fact, she is a disillusioned covert operative for the US government who has quit over ethical concerns about the illegal operations she has been required to carry out.

William Bishop (Chris Noth – Big from Sex and the City, Peter Florrick from The Good Wife), an ex-CIA director, wants her to work for him in private security, but “babysitting billionaires” is not Robyn’s style. It is all part of the same game, he tells her. That is the point, she tells him: “Everyone playing chess without thinking of the living, breathing pieces we sacrifice along the way. What keeps me up at night is the people I couldn’t save.” “That’s what makes you so good,” says Bishop. I quote this so that when I say the reboot works due to the intensely charismatic actors, rather than the script, you will believe me.

Jewel is now trying to get fake ID from the shady fellow and his friends that will let her hide. The men have other ideas, until Robyn shows up, trades one-liners and then disarms the entire gang in a flashy action sequence that doesn’t show how she manages it. It is noticeable – and odd. Could Queen Latifah not pull off the choreography? It seems unlikely. Did the makers not want to risk committing the cardinal sin of making their female protagonist – gasp – unlikable? This seems more plausible, if resoundingly stupid. Only one episode was released for review purposes, so maybe we will get to enjoy her breaking heads later on.

It is solid, by-the-numbers stuff. Robyn calls on two friends – one a sharpshooter (Mel Bayani, played by Liza Lapira), the other a genius hacker (Harry Keshegian, played by Adam Goldberg, a welcome addition to any show, mainstreaming his oddball energy) – to help work out who doctored the murder tape. It involves a tech billionaire, a law firm, an intern with a conscience (and secret documents revealing a fatal software flaw), ex-special forces mercenaries and a little help from Bishop.

Three-quarters of an hour plus ads later, justice is done. The tech bro is handcuffed to his driverless car, the mercenaries are delivered to the CIA, Jewel is cleared and the Columbia University scholarship interview she missed is rearranged by McCall, whose influence apparently extends into the halls of academia.

McCall realises that there must be thousands of desperate souls out there like Jewel – “Who do you go to if you can’t go to the cops?” – and pitches the idea of avenging angeldom to her pals. They are into it. From now on, if you have a problem, if no one else can help and if you can find her, maybe you can hire the Equalizer. Or, as she types into an anonymous forum that presumably has quite the reach: “Got a problem? Odds against you? I can help.”

I told you – script-wise, things are woeful. But the rest is great fun. It is another derivative but satisfying franchise that knows exactly what it is doing. Comfort watching in troubled times. Go out and find her. 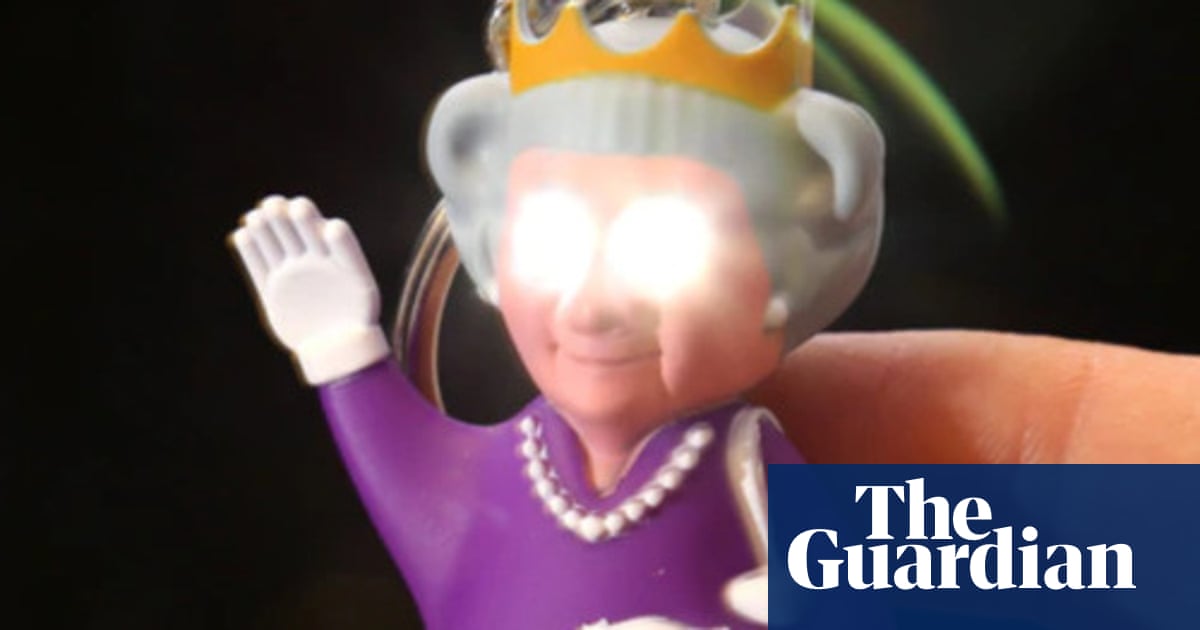 The memorabilia industry has cranked into action for the Queen’s platinum jubilee – but not all products on the real and virtual high street are destined to become family heirlooms … Billed as a “brilliant novelty gif...