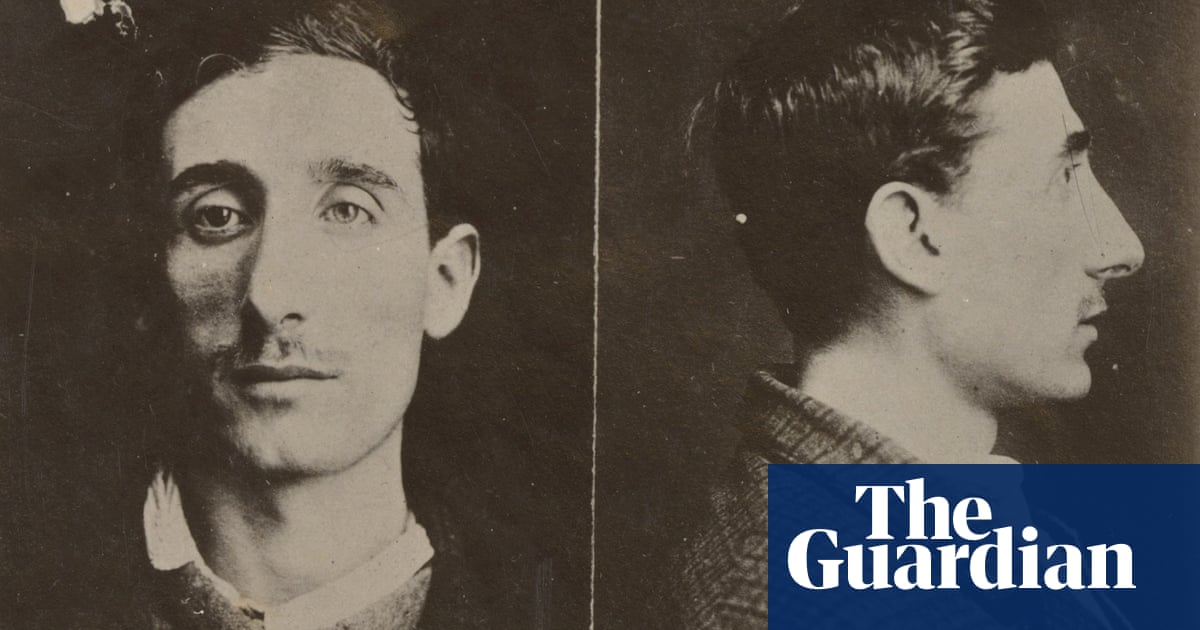 There is a moment in this study of Edwardian sex trafficking when the murk of history parts at the sound of a voice. It is a voice so arrestingly poignant that the hidden briefly becomes visible. Picked up for soliciting on the streets of London, Lydia Harvey explains to police why, months before, she failed to solicit a customer on her first night working as a prostitute: “I was thinking too much of home,” she tells them. And there she is, vivid on the evening that a grim reality dawned on her: a girl too far from home to hope for rescue.

Before she was trafficked to London via Argentina in 1910, Harvey was a photographer’s assistant in Wellington, New Zealand. She had come from a provincial home crowded with seven younger sisters and had already quit a position as a live-in maid. She was in search of the wider world. A fellow lodger in her boarding house offered to introduce her to people who could help her to travel. She was promised a job of “seeing gentlemen” and her glamorous new associates helped her compose a letter to her mother with news of work as a nursemaid abroad.

Six months later, when Harvey was arrested, she had been sold on to another pimp, was penniless, had suffered rape and venereal disease, and was still anxious that her mother should never discover the truth. The account she gave police made her the key witness in a trafficking trial, which is why any record of her ordeal survives. A century later, her legal statement set Julia Laite on a journey to recover the rest of the story.

The author extracts six characters involved in the case and with each complicates a stock figure: Harvey herself, the victim; the Soho police detective; the young journalist who breaks the story; the middle-class, female social worker into whose care Lydia is delivered after her arrest; the trafficker, Antonio Carvelli, whom Laite tracks through numerous reinventions; and the woman who sold sex alongside Harvey and helped to recruit her – Carvelli’s wife, Veronique.

The Carvellis arranged Harvey’s passage to Buenos Aires and paid for her upkeep there: when the 16-year-old tried to refuse men she deemed “old, dirty and very repulsive” they reminded her of her debt. The city proved less lucrative than hoped, so they moved on to Britain, arriving just as public outrage over the international trade in young girls put London’s police force under scrutiny. Harvey’s testimony was valuable because she was the kind of victim a jury might accept: white, English speaking and plausibly “respectable” before she met Carvelli.

In recovering these six perspectives, Laite tracks an entire phenomenon. She paints a picture of an increasingly connected world that offered myriad opportunities both licit and illicit for exploiting women. If elements of Harvey’s trajectory sound depressingly familiar, it is because, as Laite points out, our flawed modern approaches to migration and trafficking, women and sex, have their roots in the prejudices, assumptions and priorities of the early 20th century.

For all the hysteria surrounding the “white slave trade” (a term loaded with racialised priorities), few were prepared to acknowledge, as some early feminists did, that prostitution was perhaps the only well-paid and relatively independent employment available to working-class women. Migration provided employers with impoverished workers to fill sweatshops and break strikes. Unregulated employment agencies and steamship companies collaborated to entice girls away from home and into domestic service abroad. Trafficking prompted the kinds of transnational policing we know today but convictions – like the ones Harvey helped secure – remained rare. Sensational stories of virgins lured from home by dark-featured foreigners articulated a profound discomfort with migration and with the new mobility of women.

Laite is conscientiously frank about the challenges of tracing lives that leave few documentary records. There are huge lacunae in what we can know about Harvey: no letters or diaries written by her survive. But this book demonstrates how, with determination, sensitivity and a careful dose of imagination, extraordinary recoveries are possible. She sets out her methodology early on, detailing the parameters within which she has allowed her imagination – or what we might call a historian’s intuition – to roam. Facts and inferences drawn from newspapers, court records, memoir and even fiction are stitched into (often novelistic) narrative by means of context from contemporary memoirs and even fiction, as well as the work of fellow historians.

The book’s structure – taking each character in turn – risks repetition but also demonstrates the web of interconnected interests and trends behind its subject’s disappearance. For these various people, Harvey was little more than a money-spinner or a useful witness, a titillating story or a morality tale. Laite has taken her slim archival trace and immeasurably enriched it; she has reclaimed a woman’s life and restored a more complex reality to the record.