‘The darkest days are coming’: Myanmar’s journalists suffer at hands of junta 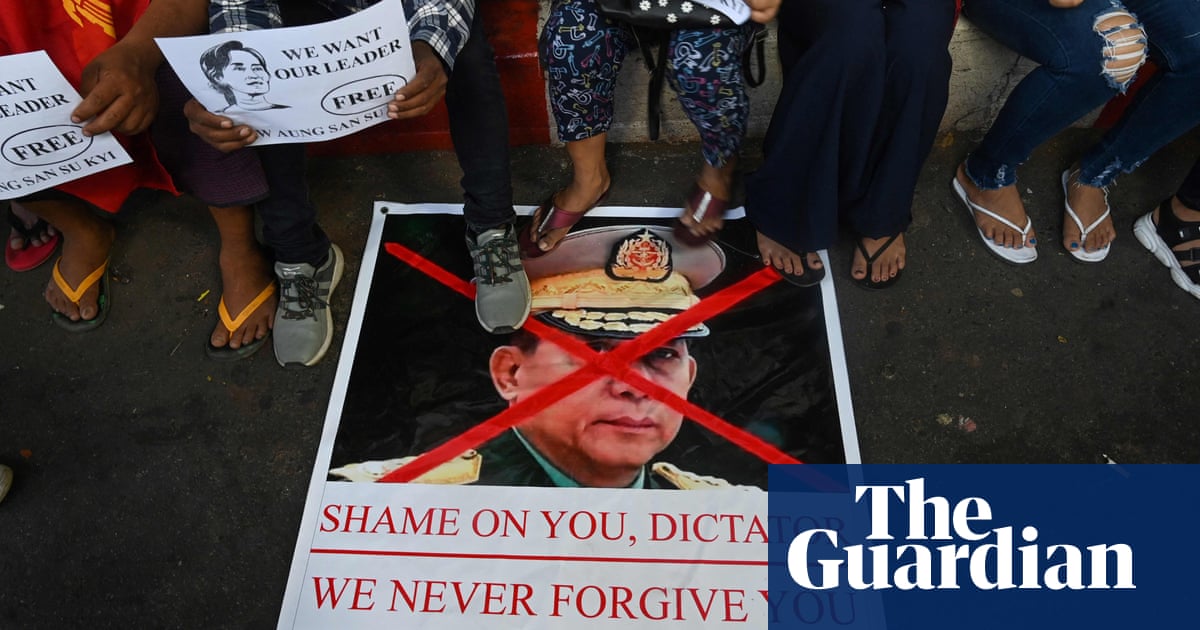 As a cyclone rolled over the Bay of Bengal on 24 May, American journalist Danny Fenster, 37, contemplated the brooding skies near a terminal window at Yangon international airport.

For a while, the threat of foreigners being seized at the airport by Myanmar’s military was real, but after watching international reporters exit the country safely in April, the Michigan native was more worried about turbulence.

He had arrived in Myanmar two years before, when the country was filled with hope for its fledgling democracy. He was leaving at a time of violence and dread induced by a military coup. But Fenster, who kept a low profile editing stories for Frontier Myanmar, was excited to reach Chicago and surprise his parents, while continuing his role as the managing editor of the celebrated outlet.

Airport staff handed him Covid-19 protective gear – complete with gown and hairnet – and he messaged his wife, Juliana Silva, 37, at 9.16am, promising to take a silly selfie. Six minutes later came a rushed text: security forces were taking him away.

After three more unfinished messages, his side went silent. Silva has not been able to contact him since. “We could never imagine this would happen to him,” Silva says. “These 11 days without any news have been a nightmare.”

Many Myanmar journalists are in hiding or have managed to flee the country although most continue to cover the junta’s crimes, which include the killing of at least 842 civilians, according to activist group the Assistance Association for Political Prisoners. Since Min Aung Hlaing seized power, Reporters Without Borders has recorded the arrest of 86 journalists and, as of 26 May, 49 of them are still detained.

Aung Kyaw of the Democratic Voice of Burma (DVB) and Zaw Zaw, a freelance reporter for Mizzima, were the most recent journalists to be sentenced. A court inside a prison in southern Myanmar jailed them to two years for incitement and spreading false news on Wednesday. Mizzima said Zaw Zaw was one of six of its staff arrested since the coup.

Fenster is being held at Yangon’s Insein prison, a complex infamous for torture that has filled with dissidents since the military seized power from an elected government on 1 February. He has not been allowed to see a lawyer or any visitors, including consular officers.

When Bryan Fenster, 39, was told about his brother’s detention, “the absolute worst part was having to call my mom and dad”, he said. “I intentionally just kept it to myself for 10 minutes. I could picture them getting out of bed, getting coffee – that was 10 minutes less they had to know.”

Fenster was attempting to leave a country where journalism has been outlawed in all but name. Reporters were jailed for doing their job under Aung San Suu Kyi’s ousted administration, but the regime of dictator Min Aung Hlaing has choked the free press so much that media members fake other jobs to conceal their occupation.

Banning two independent news channels was among the general’s first actions, followed by a warning to local media not to use “incorrect words” such as coup and referring to the military as a “junta” or “regime”. Soon after, the regime revoked the publishing licences of five Yangon-based media outlets and more across the country. Soldiers raided newsrooms, including Kamayut Media, whose co-founder Nathan Maung – the other US citizen in Insein prison – was arrested in a raid on 9 March. He has reportedly been tortured.

Maung founded a weekly newspaper for Burmese migrants in Thailand. He later moved to the US, where he studied at North Carolina State University and went on to found Kamayut Media in 2012 with two friends.

The United States on Thursday reiterated its concern over the detention of Fenster and Maung, and called again for their release. A state department spokesman, Ned Price, said consular officers had conducted a virtual visit with Maung on 24 May and had sought to visit Fenster but the junta had not granted access.

Safety is not guaranteed even for those journalists who do manage to flee. Three DVB reporters who illegally crossed into Thailand face deportation after a court sentenced them to a one-year probation period and fined them 4,000 baht ($128) each, Nadthasiri Bergman, a lawyer with the Human Rights Development Foundation, said.

The trio’s lives could be in danger if they are sent home, said the lawyer – a possibility understood well by experienced reporters such as Moe Myint, 32, who stopped sleeping at home on day one of the coup. Already on the military’s radar because of an interview with an ethnic rebel in 2020, he says his worst nightmare is to be kidnapped by soldiers at night, tortured to death, and then his wife to be called to collect the corpse.

“The military or any ruling political party in Myanmar regard journalists as their enemies, not the fourth pillar of democracy,” said Moe Myint, who fled Yangon after the office of Mizzima, one of his employers, was raided on 9 March.

While his wife and two-year-old son sheltered elsewhere in Myanmar, Moe Myint joined another reporter on a tense journey to territory held by the Karen National Union (KNU), an ethnic armed group fighting for more autonomy on the border with Thailand.

He shaved his head and wore spectacles, slipping past military checkpoints until they reached the region in late March. A month later, he left for an undisclosed location – just days before the military, known as the Tatmadaw, deployed deadly airstrikes where he had stayed in an apparent response to a KNU ground attack. Back in Yangon, his apartment was raided on 1 May.

“My mother was alone at home,” he said. “Armed soldiers destroyed the front door and searched through some documents, but they couldn’t find anything because we had already moved them.”

As a counter to the military’s North Korea-esque propaganda, Moe Myint says local outlets have come to rely heavily on freelancers and citizen journalists – and should pay them accordingly. The regime has reverted to the isolation seen during the decades of military dictatorship from 1962 to 2011, reintroducing a censorship board and a press council of junta affiliates, he says. “Further repression and the darkest days of Myanmar media are coming,” he added.

This view is shared by Cherry Htike, 39, executive editor of Tachileik news agency, an outlet based in Shan state and which is banned by the junta. Her team reports daily on the crackdowns, the bombings and other vital local information, but they pay a heavy price. Soldiers stalk them, hoping to catch a colleague off guard. They succeeded on 13 May when a photojournalist was detained after returning from a safe house to his own home.

“I worry for the safety of my team and myself every second,” she said. “Now uncertainty is a part of our life.”

Advertisers disappeared after the coup, which the editor puts down to fear of military reprisals for associating with the outlet. “We are using our emergency fund and some aid but I’m not sure how long we can survive,” she said.

Now on the run, Cherry Htike receives words of support from her US-based sister, a journalist who fled the former regime in 2008. She is also wary of public sentiment, which, although overwhelmingly opposed to the military since the coup, has previously turned against independent reporters. Two Reuters journalists, for instance, were labelled traitors by the majority of people – in line with the military’s narrative – and jailed in December 2017 for investigating the killing of 10 Rohingya Muslim men and boys by security forces and Buddhist civilians in Rakhine state.

For the reporters who have chosen to continue working from inside the country, life is a minefield of danger and suspicion. A reporter, whose identity has been concealed due to the sensitivities, expected the coup would be bad “but the situation has become the worst it can be”, he said.

He saw the mass protests of February in Yangon disintegrate into a bloodbath and colleagues remove their press helmets to avoid being targeted by security forces.

He moved his wife and young daughter to a new neighbourhood, where he is pretending to be an IT technician. He has swapped his jeans and sneakers for a traditional longyi to avoid attention, and camera parts are hidden in his lunchbox when he tries to pass security points into areas of resistance.

His wife quit her job at a broadcasting studio after it was occupied by the Tatmadaw and now he is the sole breadwinner, he says. His daughter looks set to miss another year of school after the pandemic, because of violence and a boycott of the education system under the junta.

“Everything has been messed up by that crazy, stupid and shameless military coup,” he said. “Our lives are not safe; we have to worry for each other much more than ever. The junta military is no longer an army, it’s just a gang of thieves and murderers led by their gangster, Min Aung Hlaing.”

Yet the journalist is determined to stay in Myanmar and continue reporting. Other civilians are taking up arms with the conviction that a hellish future – a full-scale civil war – is necessary to make way for a brighter path: removing the military from power, once and for all.

Whether imprisoned, in hiding or leading double lives, the press in Myanmar is under no illusions. “Media here will die if they keep ruling,” he says. 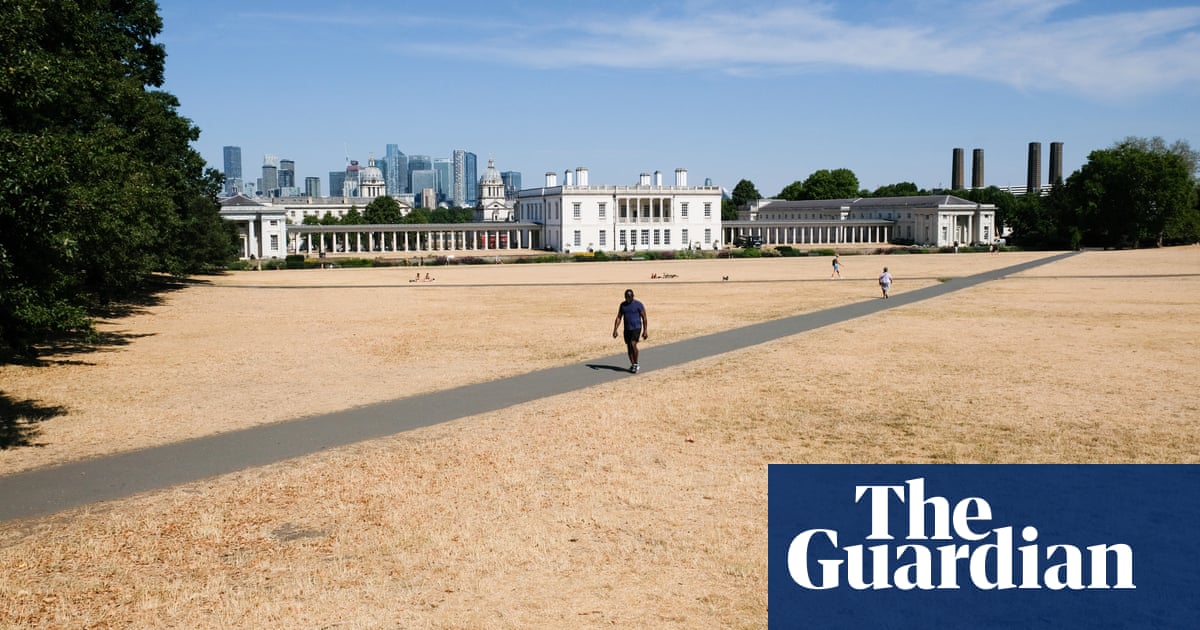 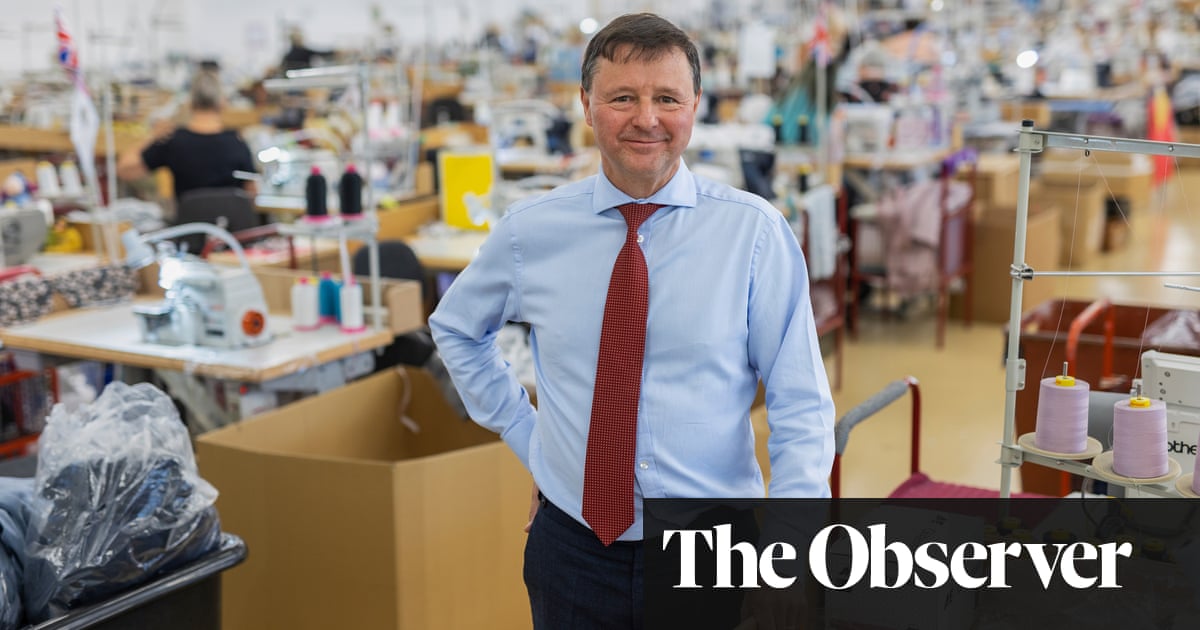 On a hot summer’s day in Derbyshire, Christopher Nieper is worried about getting cloth from Shanghai to his factory in the former mining town of Alfreton. For three months over the spring and early summer he had a con... 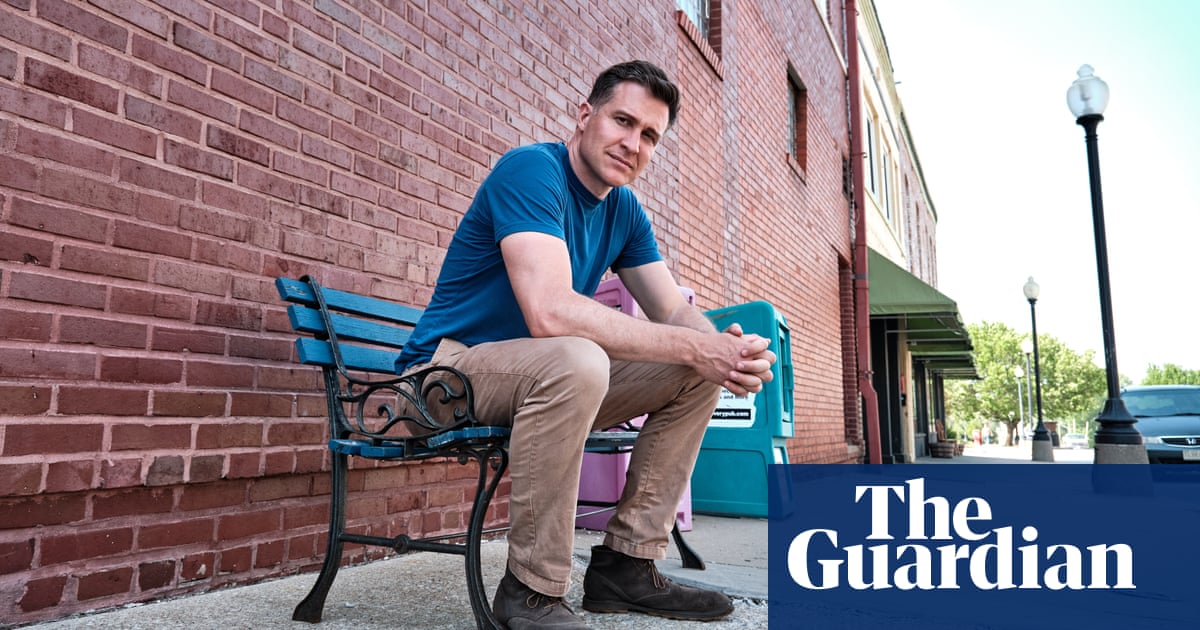 Lucas Kunce thinks populism has been given a bad name. “It’s outrageous,” he says, “that people call the Josh Hawleys, the Eric Greitens, the Donald Trumps of the world populist. Populism is about everyday people comi... 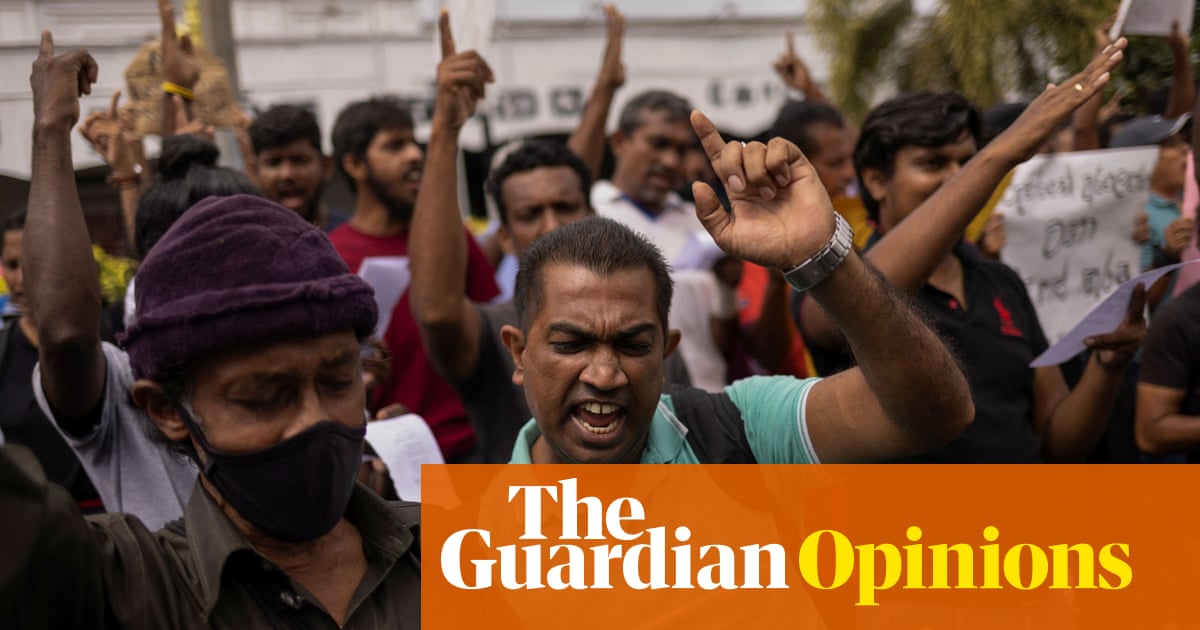 This January, even before Sanjana Mudalige’s salary as a sales worker in a shopping mall in Colombo, Sri Lanka, was slashed in half, she had pawned her gold jewellery to try to make ends meet. Ultimately, she quit her... 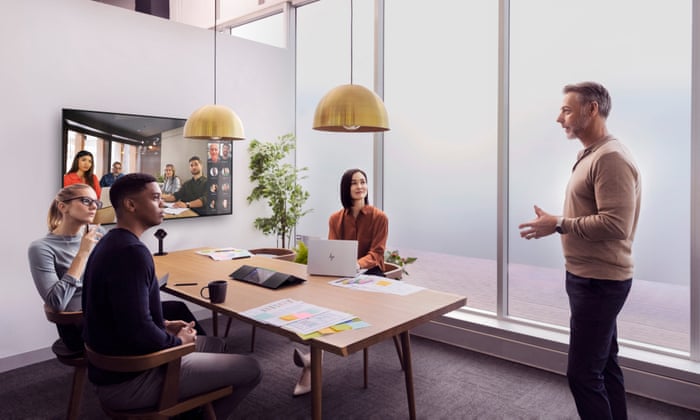 ‘We saw this coming’: how HP foresaw the shift to hybrid working and developed a gamechanging solution

Deep in the heart of California’s Silicon Valley you’ll find the Stanford Research Park; a sprawling campus that bills itself as “a community of and for people who seek to invent the future”. It’s here you’ll find HP’... 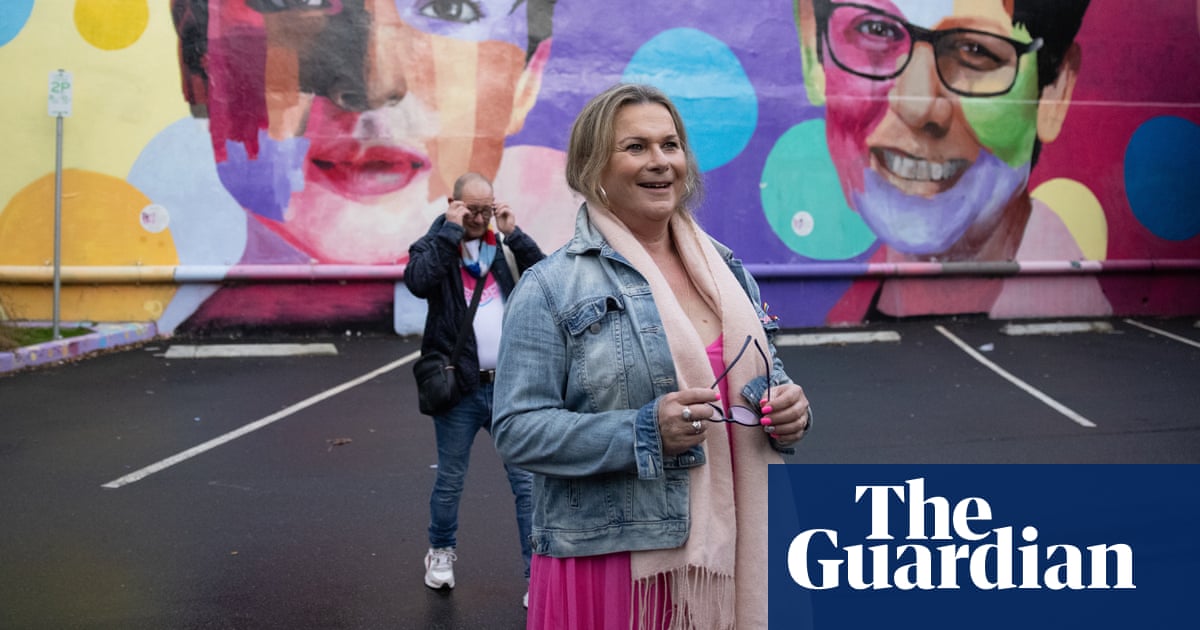 ‘We really are trailblazers’: coming out as trans in later life

The first time AJ Brown felt rain on their chest after getting top surgery, it felt like it was “meant to be”. It was 2am in the small coastal town of Berrara, and it was storming. AJ, then 47, arrived home drenched a...

‘We saw this coming’: how HP foresaw the shift to hybrid working and developed a gamechanging solution

Deep in the heart of California’s Silicon Valley you’ll find the Stanford Research Park; a sprawling campus that bills itself as “a community of and for people who seek to invent the future”. It’s here you’ll find HP’...