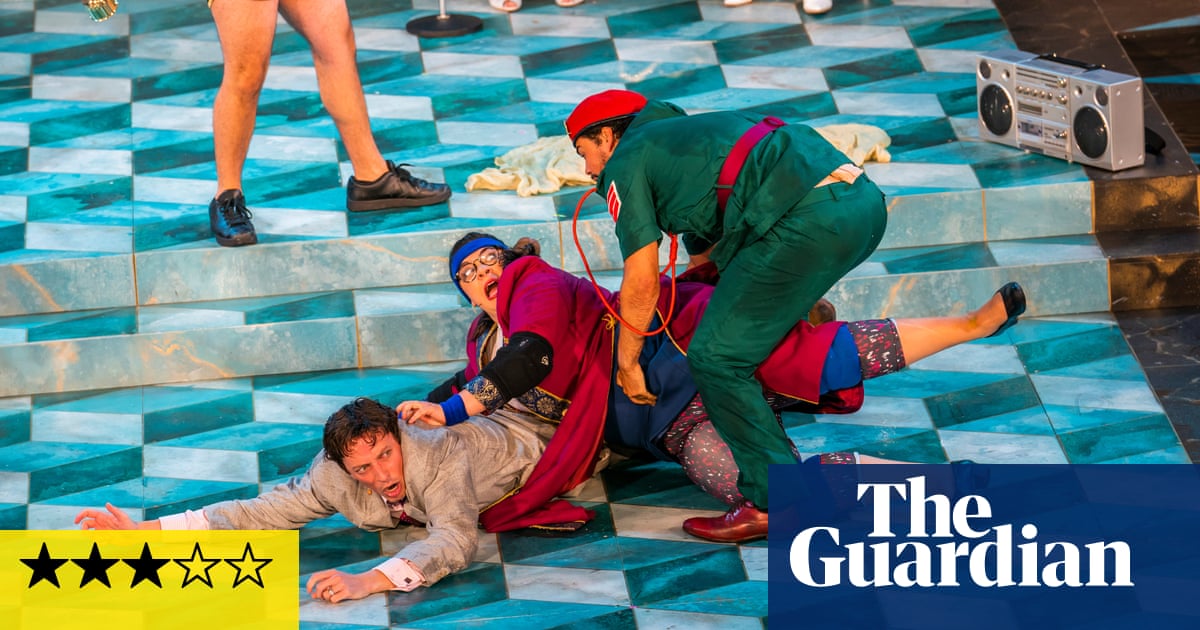 The best thing about this latest RSC production is the experience of watching it from the new outdoor auditorium, made possible by Lydia and Manfred Gorvy, the donors after whom it has been named. Under a blue sky (on the evening I attended), ranks of seats rise around a thrust stage, lit by the soon-to-set-sun, as well as by Tina MacHugh. Shakespeare’s early comedy involves multiple errors of judgment, of identity and of moral choice.

Disappointingly, director Philip Breen, whose work I thought so astute in The Shoemaker’s Holiday en The Provoked Wife, treats the play as if it were a knockabout farce. Setting the action in the 1980s, he introduces laboured physical business and clumsy sight gags that seem to be bolted on to the action, as if to compensate for deficiencies in the writing, or for the actors’ inability to communicate the meaning of the words (too much shouting, garbling and inappropriate stressing, suggesting a lack of training rather than any deficiencies in the performers).

As the two sets of identical twins, separated as babies and now unwittingly inhabiting the same city to the bewilderment of friends, relations and creditors, Guy Lewis and Rowan Polonski (the masters both named Antipholus) and Jonathan Broadbent and Greg Haiste (their servants, each called Dromio) energetically ratchet up the chaos of the confusions.

For the play to work, where Shakespeare’s female characters must add not only to the comedy but also to the moral focus of the play, and have equal status with the men. Breen’s direction, along with Max Jones’s 1980s costume designs, reduce wife, sister-in-law, mistress and mother to two-dimensional types – no reflection on the spirited performances from, among others, Hedydd Dylan (Adrianna, wife to Antipholus of Ephesus) and Avita Jay (sister to Adrianna). An excess of extraneous actors look on, while scene changes are partly effected by a quartet singing dissonant harmonies. The parts do not make a whole; the play is lost.