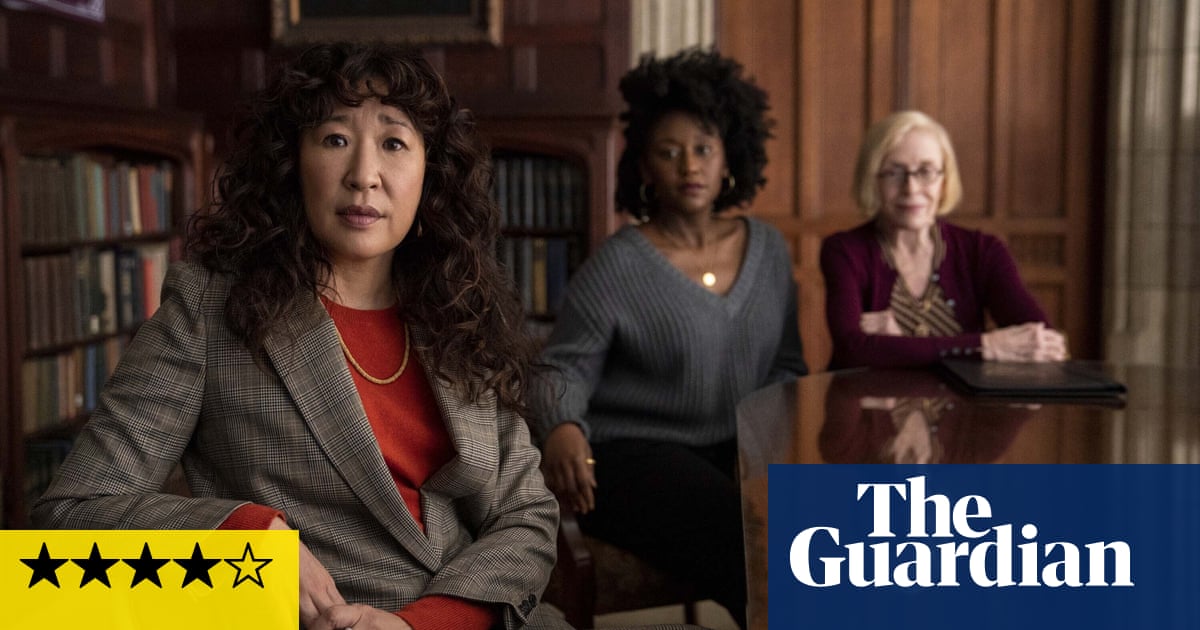 For those of us who waited desperately over the increasingly dour Killing Eve for Sandra Oh to be able to show her comic as well as dramatic druthers (and whatever can be said about the essentially emetic Grey’s Anatomy, it did allow Oh ample opportunity for both), The Chair arrives like manna from heaven.

In the new six-part series from Netflix, created by Amanda Peet and Annie Julia Wyman, Oh plays Professor Ji-Yoon Kim, who has just been appointed the first female chair of the English department at Pembroke College. It’s a slightly poisoned chalice – Pembroke is faring no better than any other school in attracting students to the most liberal of liberal arts subjects, or in persuading its antiquated staff to move with the times or else move on to retirement. But Kim sets to work, while also coping with her adoptive daughter Ju Ju’s expanding repertoire of boundary-testing skills (Everly Carganilla, that rare young beast who leaves you looking forward to seeing more of both the character and the actor) and negotiating the growing complexities of her relationship with her crush, former peer and now subordinate, lecturer Bill Dobson (Jay Duplass).

Within the department, there are the kind of politics any connoisseur of David Lodge or Porterhouse Blue or – God help thee, dearest reader, if this is you – real-life academic will know only too well. The intransigent former big hitter – here Elliot Rentz, played by Bob Balaban – who is appalled by every new thought or movement that has occurred since his heyday passed. The Dean (David Morse) who plays his own game, undermining Kim’s attempts to promote formidably talented young, Nero, female professor Yaz McKay (Nana Mensah). The beloved elder stateswoman Joan Hambling (Holland Taylor, in possibly the most gorgeous performance of her legendary career) whose huge personality never makes it across the lectern and whose attendances are declining. They are all at loggerheads, all with grievances against each other and the world.

All this is expertly marshalled by Peet and Wyman, and allows them to pack into each moreish episode – just half an hour each, they are far from outstaying their welcome – a plethora of issues. From racism, sexism and ageism to newer, more slippery eels such as cancel culture, the clash between working practicalities and ideological dreams, questions of who has authority, why and how far it extends and more. Most come into play through Bill after a contextless clip of him mock Sieg Heiling in a lecture goes viral and sparks student protests in the campus. Will he apologise? Should he? Will the students listen? Should they?

It’s The Chair’s great achievement to make none of this feel worthy or didactic. It feels like a genuine exploration, a dramatised discussion of intergenerational differences and divides that few are seeking to take the heat out of and examine with real interest.

And it’s funny. I realise I have not said much to persuade you of that. But it is light and fleet and the humour lies in the conversations between friends, in moments such as the loving flirtation between Joan and Bill at a terrible mandatory drinks party, not in gags I can lift out and present to you. Though I did enjoy Ju Ju reading The Family of Man to Bill when he babysits one night. She pauses briefly in her account of human reproduction to give him advice on setting up an altar at home so his late wife’s soul can find him, then returns to the book. “We’re about,” she says wearily, “to see another penis.” The basic problem with so much of life.

You would expect a film about human trafficking and modern-day slavery to be devastating, and this Brazilian drama duly horrifies. But it doesn’t evolve in quite the direction you might anticipate which, strictly from...