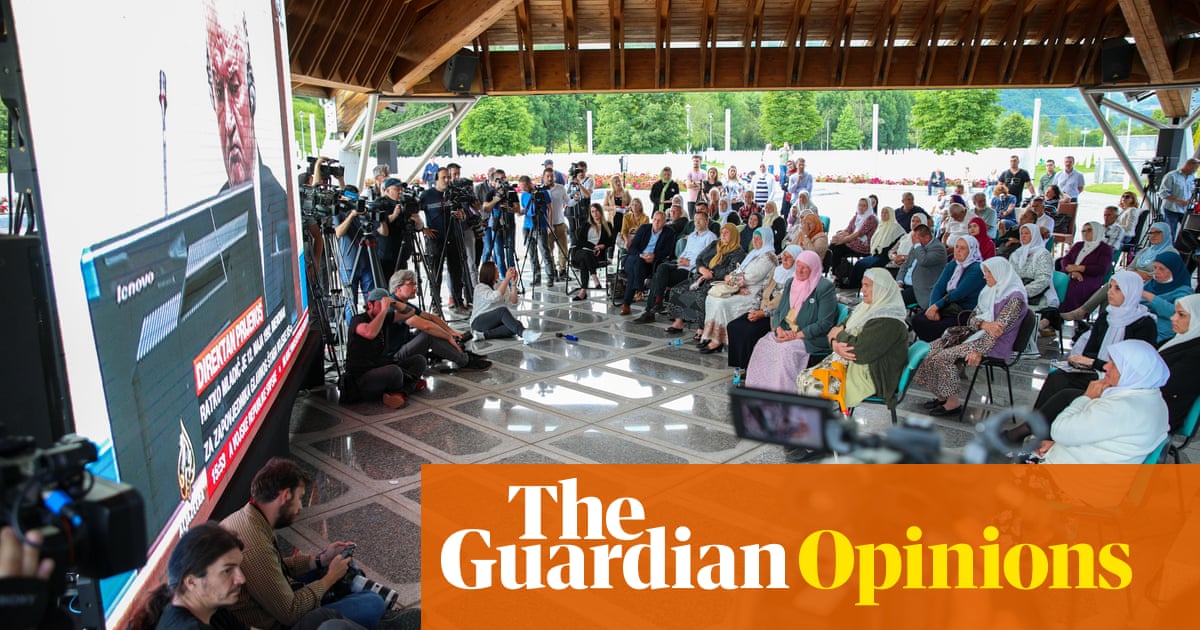 私n June 2011, I watched from London as the war criminal Ratko Mladić, captured after 16 years in hiding, appeared in The Hague. I hastily gathered my thoughts in an article for this publication. As a Bosnian refugee in London, as a Sarajevan whose life was altered by the actions of war criminals like Mladić, I was not jubilant, but perhaps cautiously hopeful that the legal process would give us at least some justice.

Almost exactly 10 years later, this time in Sarajevo, I watched the news as Mladić heard the final verdict on his crimes. に 2017, 彼がいた convicted of genocide, war crimes and crimes against humanity, and sentenced to life imprisonment. Both Mladić and the prosecution appealed. The prosecutors did so because they wanted to expand the indictment of genocide to include what happened in six municipalities, including the murder and expulsion of non-Serbs from the Prijedor area in 1992.

I had never been to Prijedor before the war. As a young journalist during the war in Sarajevo, I watched in horror when journalists Ed Vulliamy そして Penny Marshall uncovered concentration camps where thousands of people were killed, raped and tortured. 突然, the snipers and shelling, as well the starvation, during the siege of Sarajevo did not look that bad in comparison.

As life would have it, when I came to London as a refugee, I ended up working with survivors of camps in Prijedor, より多い 2,000 of whom were resettled in the UK in the 1990s. The stories of torture and inhumane treatment that I have heard from them were so violent and traumatic that genocide did not seem to be a strong enough word to describe it.

そう, this verdict marks the end of the process of international justice, but Bosnia and Herzegovina will still be held hostage by continued obstructionism and the rewriting of history: Bosnian Serb leader, Milorad Dodik, responded to yesterday’s verdict by speaking about the “myth” of genocide in Srebrenica.

Looking back on June 2011, some of my modest hopes have been fulfilled. Mladić lived to stand trial and heard more than 100 witnesses. Like Radovan Karadžić, he will spend the rest of his life in prison. に 2018, The Hague Tribunal Archive Centre was opened in Sarajevo’s iconic City Hall Vijećnica, to give electronic access to all case files from the tribunal. Despite the attempts to deny what happened, independent, legal evidence of these crimes will be available for eternity.