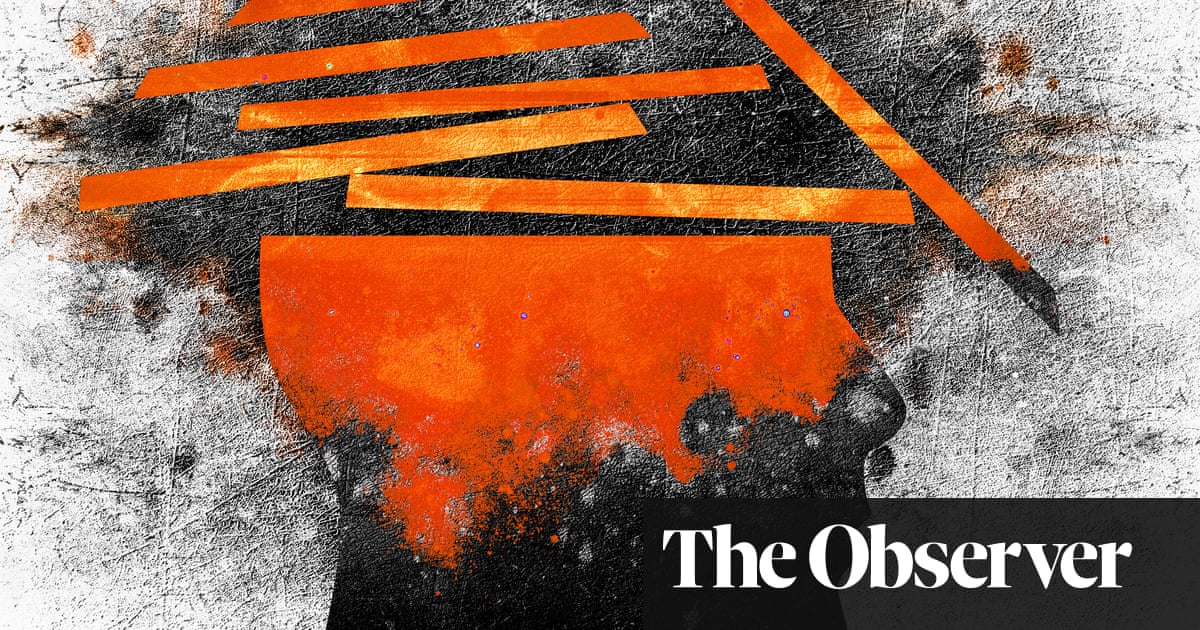 A couple of years ago, the neuropsychologist AK Benjamin (a pseudonym) published an unclassifiable memoir-cum-case-study titled Let Me Not Be Mad. It was based on his experience of dealing with patients with severe brain impairments and psychiatric conditions, and on his own struggle to find meaning and purpose as a recovering alcoholic and drug addict.

The writing was at once powerfully precise and yet disturbingly elusive, as if the more carefully the author attempted to render a neurological reality, the more he was compelled to question its metaphysical basis. The same tension recurs in his new book, The Case for Love: My Adventures in Other Minds.

That “Adventures” can be taken as either drily ironic or a misleading attempt to add a more marketable note of action to an almost claustrophobically cerebral work. The other minds are once again those damaged or radically transformed by illness and misfortune.

The book opens with “Bella”, a zestfully retired woman who suffers a catastrophic stroke diving into the swimming pool of her new home in Albania. Brought back to a neuro-intensive-care unit in England, she is utterly paralysed, seemingly comatose. She has “lost everything below the eyes”, as she hears – or Benjamin imagines her hearing – one medic say, but her brain is still in some sense functioning.

In what sense? There is nothing she can do to convey any understanding or acknowledgment of the outside world. To an onlooker, she is a breathing corpse, with even her oxygen intake dependent on a machine. But in a bravura act of imagination, empathy or, as the book suggests, love, Benjamin conjures an internal perception, a consciousness locked deep inside the moribund body.

It’s a nightmarish scenario treated with a Kafka-like appreciation of random displacement, “like being trapped in a surgical anaesthesia where she felt everything, worse, where she felt nothing but would imagine everything that wasn’t felt with phantom acuity”.

The medical efforts to keep her alive are like some sinister mechanised conspiracy, and yet alive she is, blessed and cursed with emotions and thoughts and distorted perceptions, a “contrail of selfhood rather than the thing itself”.

Is this literary reanimation really an act of love or an acting out of therapeutic impotence or even existential despair? It’s a question that Benjamin seems to challenge the reader to pose, when he’s not grappling with it himself.

Not for him the voice of the detached, scrupulously scientific narrator. The patients whose traumas he enters are not so much fascinating cases, of the kind explored in genre-defining fashion by Oliver Sacks, as neurological injustices demanding our reluctant attention. They are also philosophical mysteries, emissaries from altered states of consciousness whose unspoken message is that all this, the whole rich panoply of what we take to be reality, is endlessly and unforgivingly fragile.

Reality itself, even with a healthy brain, can also be pretty challenging to endure. Certainly Benjamin appears to battle with the conventions of the good life, detailing between the case studies and imaginings his own familial crises and romantic detours. He told me in an onderhoud that “there are aspects of being alive that I’ve found extremely difficult”, and one does not gain the impression in these pages that a new ease has set in.

If anything, his writing about himself is shrouded in more ontological doubt than the sections devoted to his patients. He questions his motives for working with profoundly disabled people, wondering if it was just a means of working out his inner turmoil, as though it were only in others’ external manifestation of trauma that he could find respite from his own.

He also questions his role as writer, how he renders himself a character who, in his own way, is as imprisoned and self-alienated as the Bella he imagines incarcerated within herself.

While his unwillingness to fall into the role of the superior, knowing narrator is admirable, Benjamin can sometimes seem stuck in a circular self-interrogation, leaving the reader craving a solid touchstone of “reality”, something beyond the multi-layered self-critique and the awful arbitrariness of neurological malfunction. He’s aware of this too, entering into a defensive dialogue with a friend who cautions against abstraction. But that awareness doesn’t negate the problem.

Benjamin writes beautifully and with exceptional insight, a tormented soul who knows the truth of the worst torments. In a moving epilogue he describes with masterly control the moments leading up to Bella’s fateful dive into the pool, her intimate feelings and minute distractions, summoning a fully realised adult woman with a complex past and future plans. Both an impressive piece of writing and an expression of love, it might also show the novelist waiting to emerge from the harsh and unyielding facts of life.