The best Christmas, Boxing Day and New Year swims around the UK 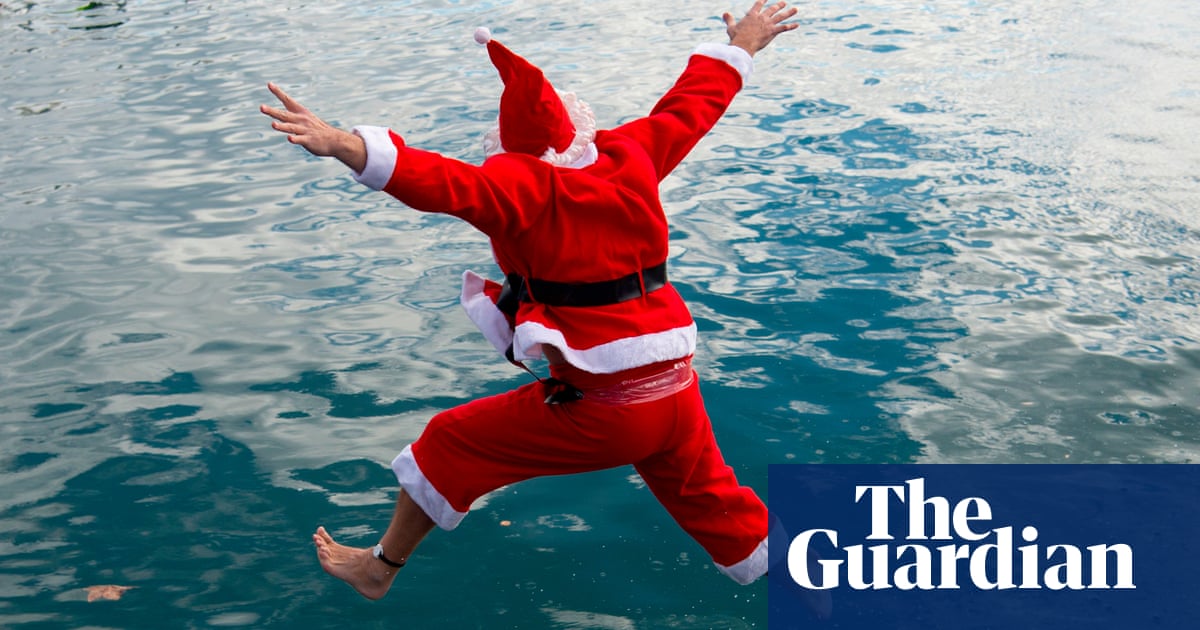 As many of us will be snuggling up in front of the fire with yet another mince pie, some hardy souls will be joining in an increasingly popular seasonal tradition: the festive swim. Bathers will brave chilly temperatures for the annual plunge off coasts around the UK, some in fancy dress and most raising money for charity. Here is a selection, for participating, or just watching.

Weymouth harbour, Dorset, 11am
One of the UK’s largest Christmas Day swims, with thousands of people lining the harbour to cheer on those brave enough to take a Christmas morning dip. It started in 1948 as a bet between friends Dill Laker, landlord of the Duke of Cornwall, and local taxi driver Reggie Bugler, after a heavy drinking session on Christmas Eve. Word got around, and after that swimmers would turn up and swim the harbour for fun. It eventually became an organised event, run by Weymouth and Portland Lions Club. It’s estimated over 2,500 showed up to watch in 2019, supporting 450 swimmers in an event lasting just over an hour.
Swimmers’ tickets (still available) £12, Weymouth and Portland Lions Club

Porthcawl, Mid-Glamorgan, 11.45am
This annual splash was dreamed up in 1965 by members of the local Chamber of Trade. The plan was for one of them (dressed as Coco the Clown) to push his colleague (dressed as Father Christmas) off the pier. The locals enjoyed the spectacle, and now more than 1,000 swimmers take part, raising thousands for local charities. Fancy dress is still a popular option.
Porthcawl Christmas Day Swim

Hunstanton, Norfolk, 11am
The Hunstanton Christmas Day swim from the main beach has been organised by the local Round Table for over 50 years and draws more than 100 swimmers and many more spectators. There are prizes for the best fancy dress before the swimmers parade into the sea at 11am.
Register at hunstantonroundtable.com, sponsor forms from bit.ly/2OvFHKe

Bude, Cornwall, 11am
Hundreds of swimmers from across Cornwall and beyond will go for a Christmas dip to help raise money for the northern hemisphere’s oldest Surf Life Saving Club, at Crooklets Beach. This year the organisers of the Mike Moyle Memorial Swim are aiming for their biggest-ever turnout, with a target of 600 sponsored swimmers. It is rapidly growing as a spectator event, too, making Bude seafront remarkably busy on Christmas morning with spectators and well-wishers. Swimmers will be led in a group warm-up on the beach by the club’s fitness trainer, David Herman, before a klaxon at 11am signals the dash for the waves.
On Facebook

Tenby, Pembrokeshire, 11am
Tenby’s Boxing Day swim is an institution, and this year will be extra special as it marks its 50th anniversary. The pandemic put paid to the event’s half-century celebrations in 2020, but careful plans are now in place to ensure that the swim takes place in a Covid-safe environment. About 700 swimmers will take part, with thousands of less-hardy souls cheering them on. The fun starts on the town’s North Beach with a canoe race, a crazy raft race and a fancy dress parade – this year’s theme is “golden” –and the stampede for the sea is signalled at 11.30am.
Register online (£10pp) at Tenby Boxing Day Swim

Ayrshire, Ayr, 11am
You might need a wee dram before taking a dip off Ayrshire on Boxing Day. Every year, hundreds of people gather at the seafont Blackburn car park to brave the cold water, and this year the event is raising funds for a cancer charity. Organisers recommend bringing a big towel and a bag of dry clothes that someone can give you straight after you get out of the water, and some form of footwear, like sandals or old trainers – the ground in December is very cold!
Register at Ayshire Cancer Support

Walk into the sea, Paignton, Devon, noon
Every year hundreds of fundraisers get into fancy dress (optional) and at the starter’s command swiftly walk into the chilly waterfor this charity event started in 1976. Registration (£10pp, free with sponsorship) opens at 10am, and participants then make their way on to the beach for the fancy dress judging at 11.45am, followed by the starter’s signal at noon.
Paignton Lions Club

Seaton Carew, County Durham, 11.30am
Hundreds of bathers will brave the North Sea for this swim organised by the Hartlepool Round Table, starting from the Marine Hotel. A parade led by the Round Table chairman will leave at 11.30am and head down the slipway to the beach. Dippers can register at the hotel on the day (£5pp), and warm up afterwards with hot refreshments and food.
Hartlepool Round Table

Llandudno, Conwy, 11am
There are prizes for the first brave female and male to enter the water, and also for best fancy dress at this popular annual dip organised by Llandudno Lions Club. The water is usually a bracing 9C, but a bowl of hot soup at the St George’s Hotel afterwards should revive the spirits.
Llandudno Lions Club

Loony Dook, South Queensferry, near Edinburgh, 10.45am.
The name is an amalgamation of “Loony” and “Dook”, a Scots term for dip or bathe. This has been an annual tradition since 1986, when three locals dived into the Forth as a joke to cure their Hogmanay hangover. Hundreds of people gather on the banks of the Forth in South Queensferry, most in fancy dress and raising money for charity. Before braving the water, Dookers will march along South Queensferry High Street, led by the Noise Committee drummers as part of the Dookers’ Parade, before launching into the Firth of Forth.
£11.50,Edinburgh’s Hogmanay

Lyme Lunge, Lyme Regis, Dorset, 1pm
This is an annual fancy dress swim organised by Lyme Regis Rotary Club on the town’s sandy Cobb beach, with hundreds taking the plunge dressed in weird and wonderful outfits. Thousands of spectators watch from the beach and the gardens above.
Lyme Regis Rotary Club

Scarborough, North Yorkshire, 12.45pm
The annual event, started more than 20 years ago, is attended by thousands of spectators, who watch hundreds of swimmers set off from Scarborough Amateur Rowing Club on the seafront, usually in fancy dress and raising funds for charity. There will be prizes for best team, individual and child under-11 in fancy dress.
Scarborough Lions Club

Salford, Greater Manchester, 11am
With the water in Salford Docks usually a cool 5C, this 250-metre open-water swim in MediaCity’s Dock 9, used for the 2002 Commonwealth Games, attracts hundreds of hardy souls in fancy dress. Swimmers are encouraged to get creative and flaunt their most outrageous hats! The nominated charity this year is Reubens Retreat, which supports families who have lost a child or have a child with a life-threatening or life-limiting condition.
Entry £25, £12.50 under-16s, uswimopenwater.com 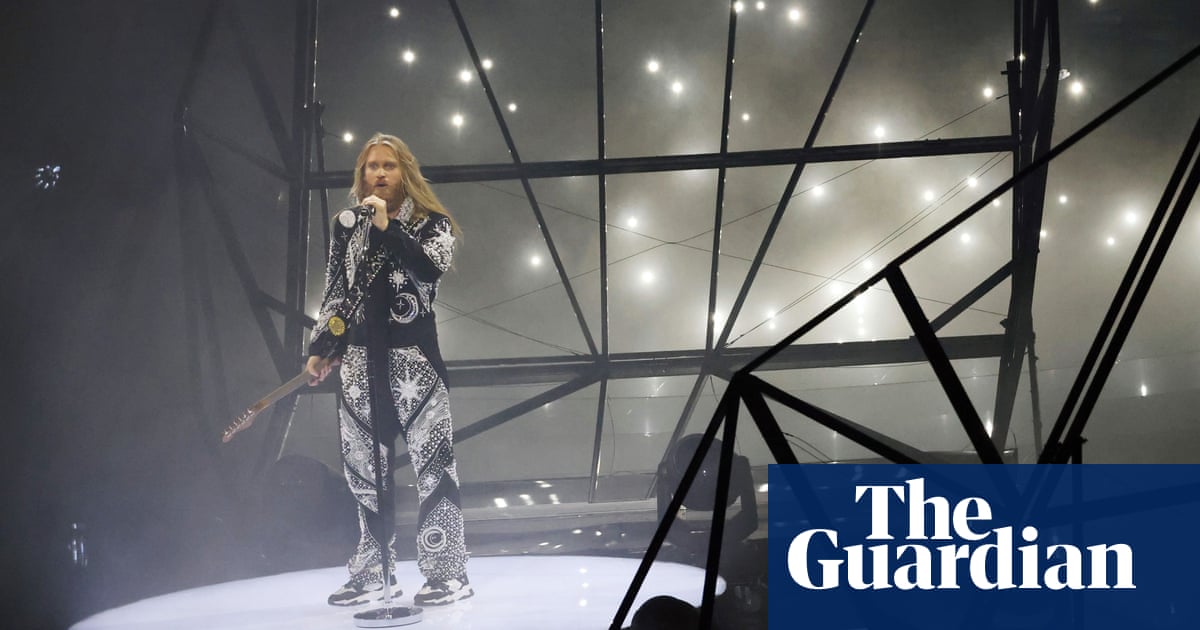 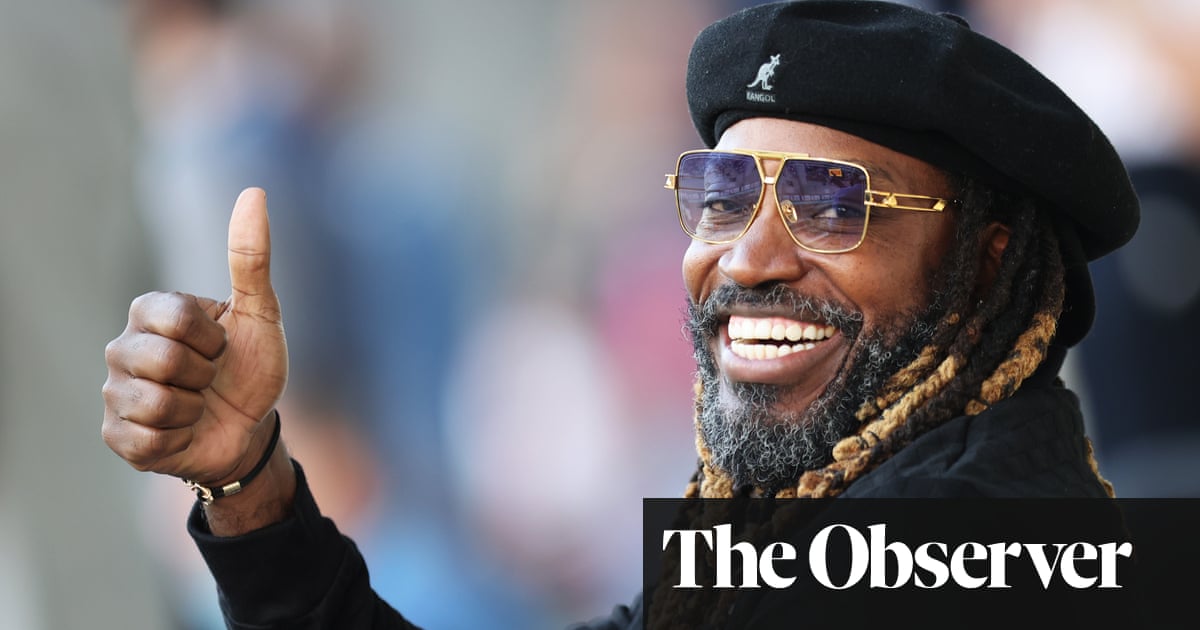