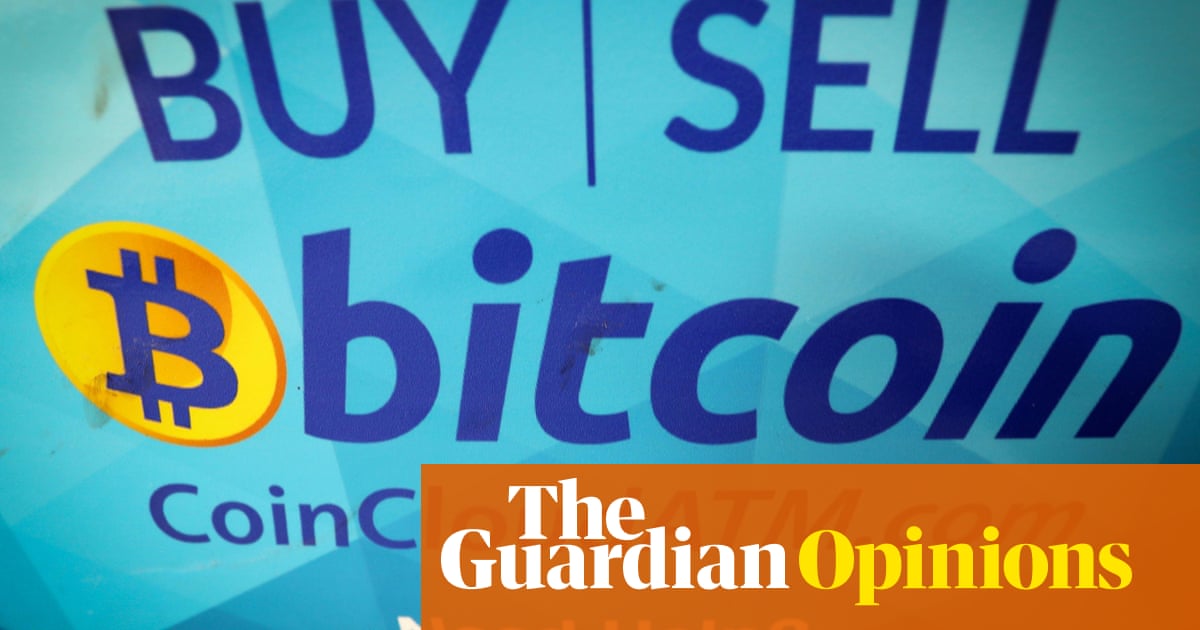 The cry from the bitcoin and crypto brigade during previous bursts of volatility was YOLO, or you only live once. That’s an easy thrill-seeking motto to utter when prices decline by the odd 10%. It becomes harder to cling to when the price is down by 30% in a day, and 50% in a month, and there’s panic in the air.

For true crypto believers, every decline is a buying opportunity – and, indeed, there was a late rally to limit losses. For the rest of us, though, the hallmarks of speculative excess have been present for a while. A trivial but telling example is the posters one can still see in London and other major UK cities that read: “If you’re seeing bitcoin on the underground/side of a bus/a billboard, it’s time to buy.” No, it’s time to think the party is over and the smart money is heading home.

The party-poopers turned out to be Elon Musk and the People’s Bank of China, an unlikely combination. The former said in February he’d take payment for Teslas in bitcoins, then changed his mind last week and worried (correctly) about the hideous carbon footprint left by miners of the cryptocurrency. The latter on Wednesday told banks and other financial institutions not to accept digital coins, saying they are not “real currency”.

Really, though, the prod could have come from anywhere. The challenge in viewing a cryptocurrency as an “asset” or “hedge against inflation” is that there’s no internal income, or rate of return, to use as a valuation yardstick. That is also true of gold, the crypto crew’s preferred comparator, but gold has been prized as a store of value for a few thousand years, which is a critical difference. In the longevity stakes, strings of computer code are barely out of the blocks.

Meanwhile, bitcoin’s usefulness as a currency evaporates if the price can yo-yo wildly within a single day. And, in the background, there’s the worry that central banks simply won’t allow their monetary systems to be usurped by free-wheeling anonymous payments systems, a point China would seem to have confirmed. Even if the underlying blockchain technology is brilliant, regulators matter.

It is conceivable, of course, that this week’s drama could be followed by a recovery next week. It would be silly to make hard predictions. Musk, perhaps regretting his previous role as cheerleader, was doing his bit for bitcoin by tweeting about Tesla’s “diamond hands”, meaning the company won’t be selling its stash.

That’s easy for him to say – Tesla’s $1bn-odd of bitcoins represents about 5% of the company’s Treasury holdings. For those whose speculative positions are more stretched, the psychology will surely change. Fear of missing out will still be a theme, but the fear of being badly burned will become more intense. Wednesday feels like a turning point.

Another day, another raid by private equity on the ranks of FTSE 250 companies. The target this time is John Laing, which these days is an investor in infrastructure – toll roads, windfarms, railways, prisons, broadband and so on.

KKR plans to pay £2bn for the equity, which equates to 27% more than the old share price and 35% more than the last asset valuation. Laing’s board is happy and, yes, the takeover premium qualifies (just) as acceptable. The clincher, one suspects, may have been KKR’s willingness to chuck £225m into the pension fund, addressing a problem Laing never quite solved under its own steam.

Another factor may have been the stock market’s longstanding refusal to be excited about Laing. The shares have traded at an average discount to asset value of 5% since flotation in 2015.

Yet a takeover feels a shame for two reasons. First, infrastructure ought to be ideal for safety-first private investors looking for places to invest retirement savings. Returns tend to accrue slowly but also steadily, and the infrastructure projects themselves tend to be backed by income streams with in-built protection from inflation. Outside the regulated utilities, there aren’t many stock market alternatives.

Second, it looks a poor moment to sell. The US is about to spend huge sums on infrastructure, pulling in private money in its wake. KKR, with its easy access to huge sums of cheap capital, will probably do very nicely. Unless Laing’s shareholders surprise everybody by saying no, private equity, sadly, looks set to win again. 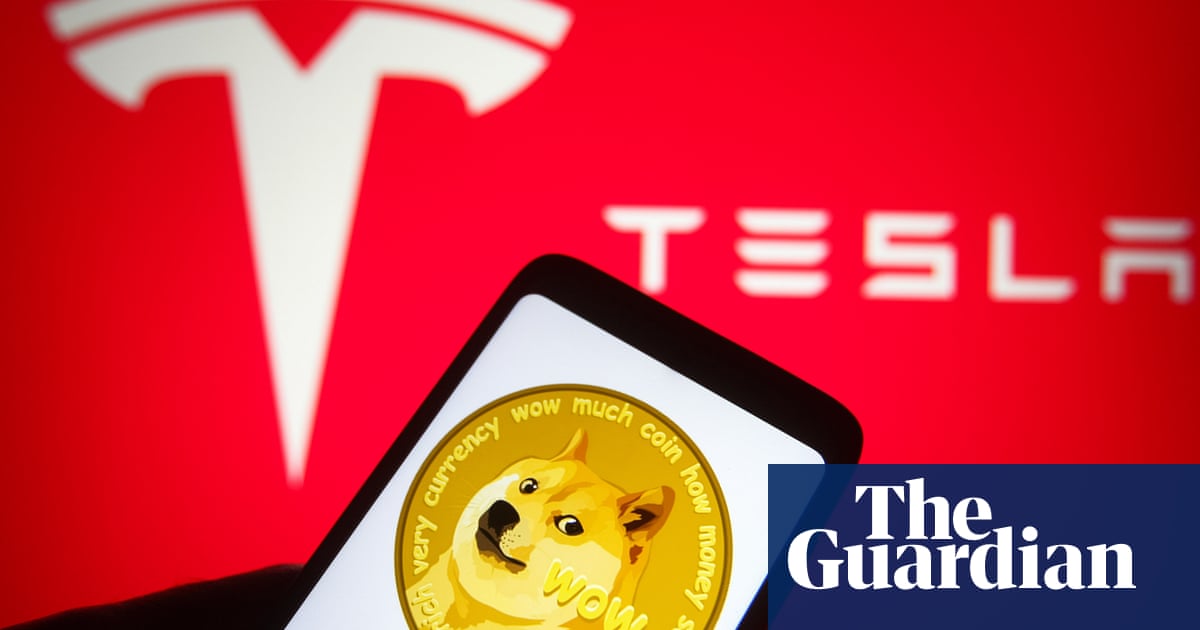 Dogecoin, the cryptocurrency with a shiba inu dog meme, soared in value by 15% on Friday after the billionaire Elon Musk said it could be used to buy Tesla merchandise. Dogecoin rose to $0.20 after Musk’s tweet early ... 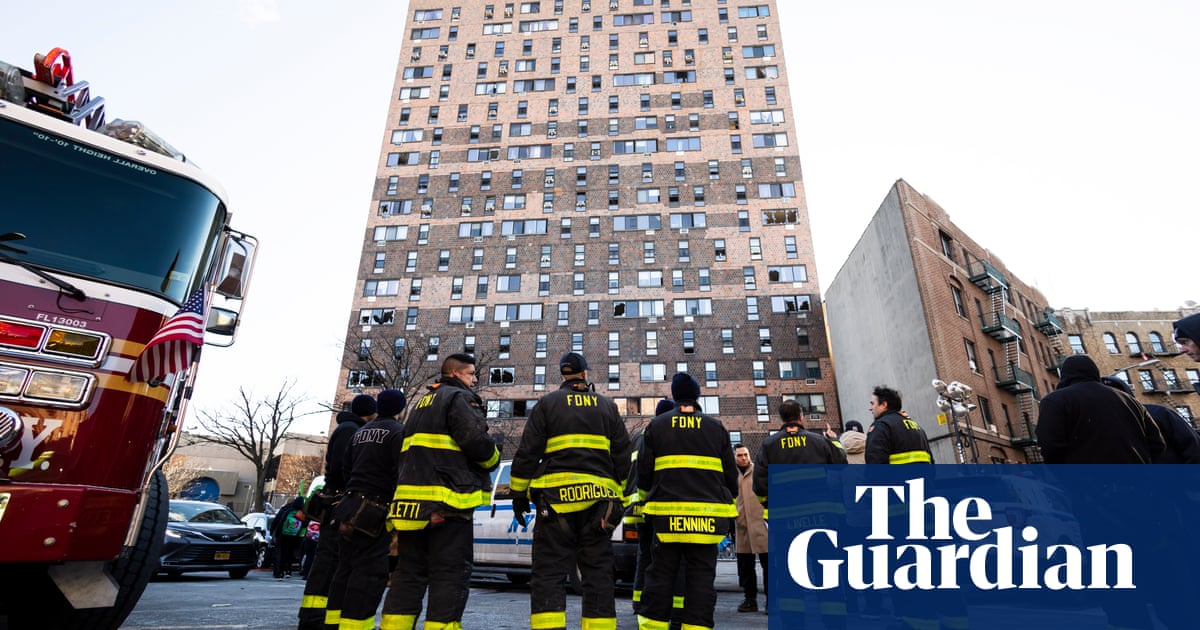 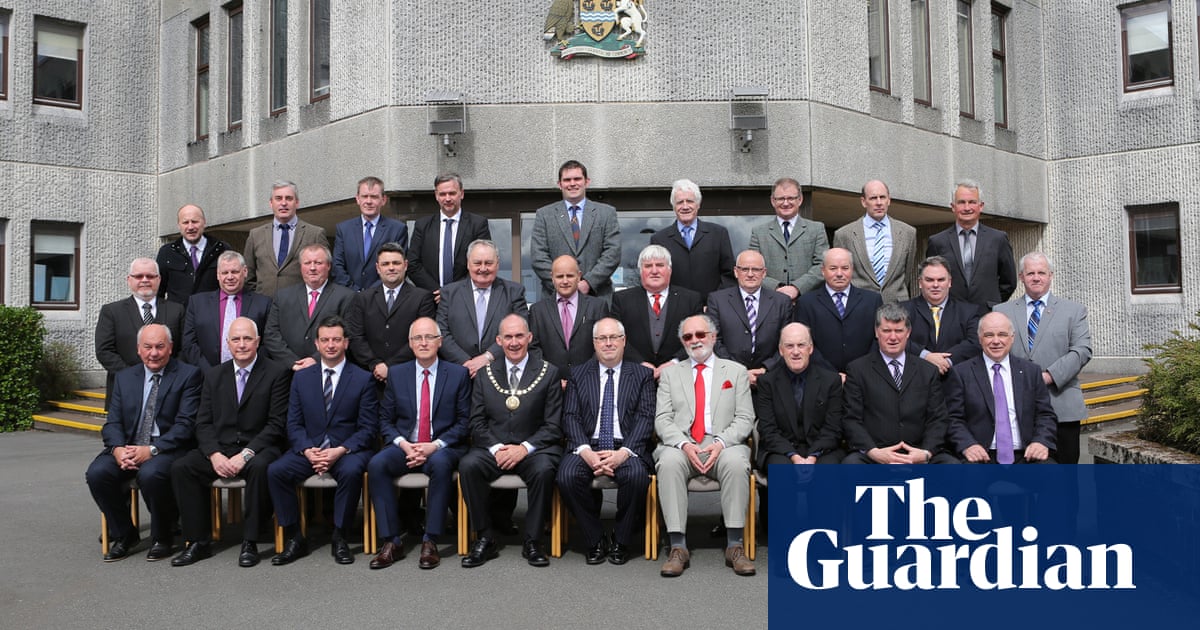 An appeal has been issued for women to stand as councillors in the Western Isles in 2022 in an effort to end the Hebridean islands’ unwelcome status as the only Scottish authority with an all-male council. Islanders a... 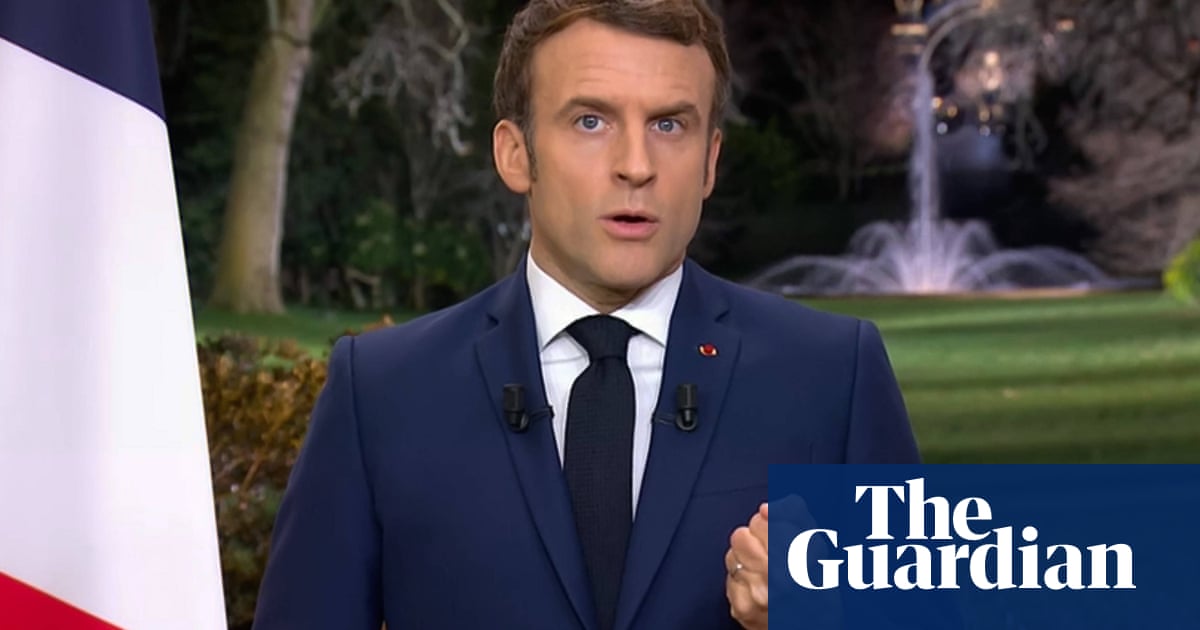 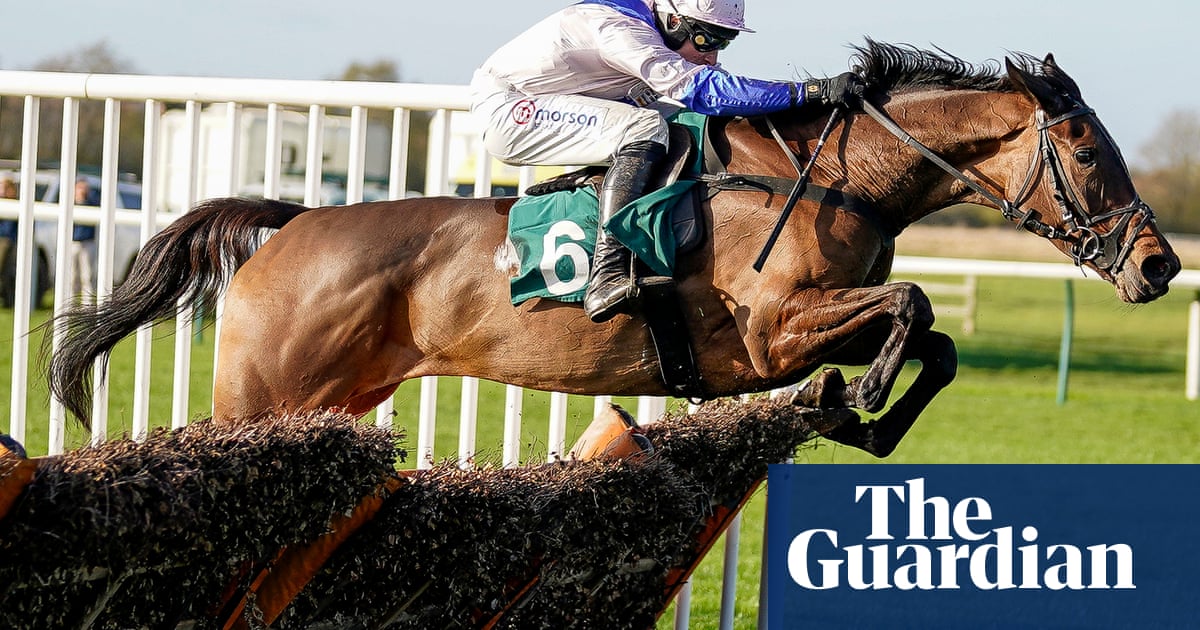 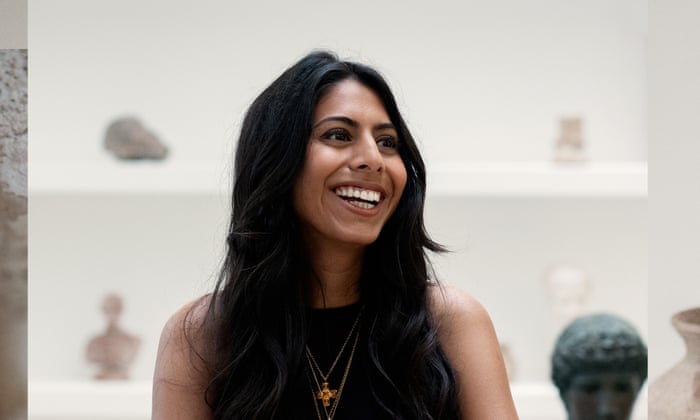 Jeweller Rosh Mahtani has a fascination with storytelling. Her quiet childhood, spent in a tiny Zambian town, led her to make up her own tales, mainly inspired by her mother’s jewellery box. It was “magical” to look t... 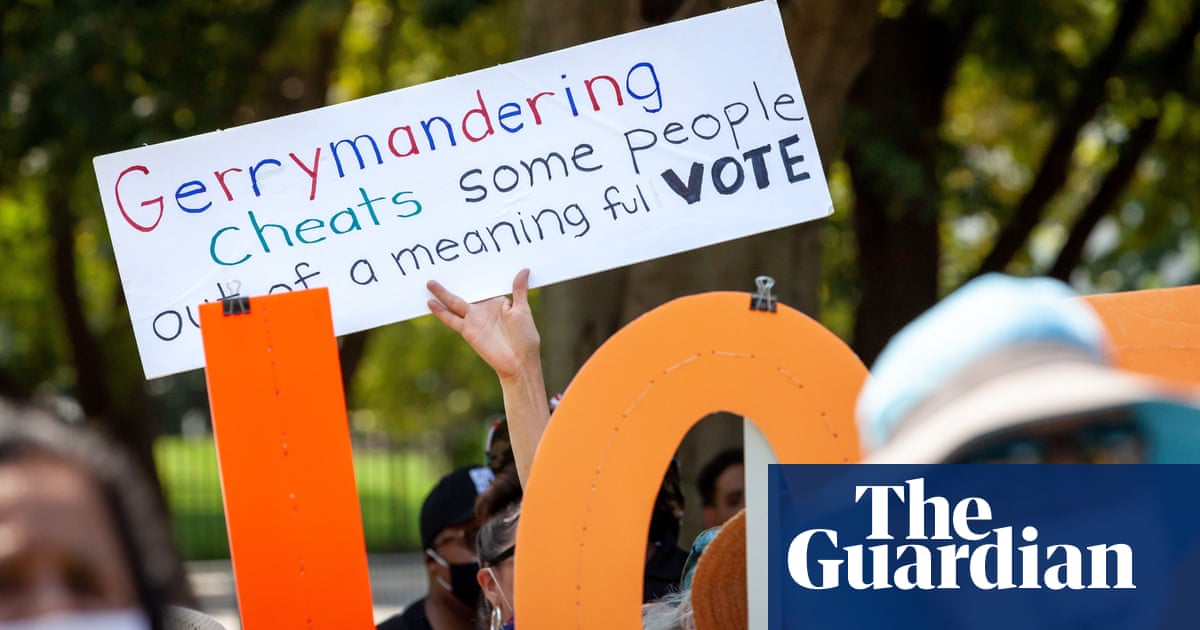 Hello, and Happy Thursday, A few months ago, I sat down with my colleagues Alvin Chang and Andrew Witherspoon on the Guardian’s visual team asked to do something that I thought would be exceedingly difficult: could w...