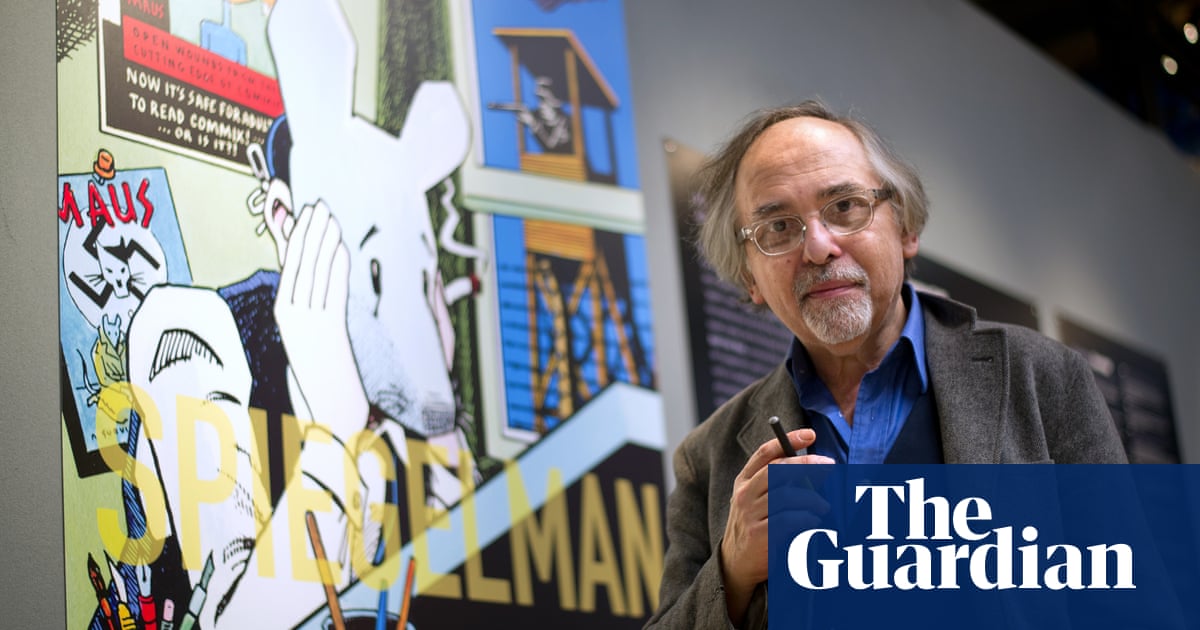 A Tennessee school board has banned a Pulitzer prize-winning novel from its classrooms over eight curse words and an illustration of a naked cartoon mouse.

The graphic novel, Maus: A Survivor’s Tale by New Yorker Art Spiegelman, uses hand-drawn illustrations of mice and cats to depict how the author’s parents survived Auschwitz during the Holocaust.

The graphic memoir elevated a pulp mass medium to high art when it nabbed a slew of literary awards in 1992 but appears not to have impressed educators in Mcminn county.

Ten board members unanimously agreed in favour of removing the novel from the eighth-grade curriculum, citing its use of the phrase “God Damn” and drawings of “naked pictures” of women, according to minutes taken from a board of education meeting earlier this month.

“There is some rough, objectionable language in this book,” director of school, Lee Parkison, is recorded as saying in opening the session’s opening remarks.

Parkison continued to say he had “consulted with our attorney” and as a result “we decided the best way to fix or handle the language in this book was to redact it … to get rid of the eight curse words and the picture of the woman that was objected to.”

Board member Tony Allman supported the move to remove the “vulgar and inappropriate” content, arguing: “We don’t need to enable or somewhat promote this stuff.”

“I am not denying it was horrible, brutal, and cruel,” Allman said in reference to the genocide and murder of six million European Jews during the second world war.

“It shows people hanging, it shows them killing kids, why does the educational system promote this kind of stuff? It is not wise or healthy,” he added.

Allman also took aim at Spiegelman himself, alleging: “I may be wrong, but this guy that created the artwork used to do the graphics for Playboy.”

“You can look at his history, and we’re letting him do graphics in books for students in elementary school. If I had a child in the eighth grade, this ain’t happening. If I had to move him out and homeschool him or put him somewhere else, this is not happening.”

Mike Cochran, another school board member, described parts of the book as “completely unnecessary”.

“We are talking about teaching ethics to our kids, and it starts out with the dad and the son talking about when the dad lost his virginity. It wasn’t explicit but it was in there,” Cochran said.

Cochran proposed revisiting the entire curriculum over concerns it was developed to “normalise sexuality, normalise nudity and normalise vulgar language.”

“If I was trying to indoctrinate somebody’s kids, this is how I would do it,” he added. “You put this stuff just enough on the edges, so the parents don’t catch it but the kids, they soak it in. I think we need to relook at the entire curriculum.”

The decision comes as conservative groups across the country are stepping up campaigns to ban books from school libraries, often focused on works that address race, LGBTQ issues or marginalized communities.

The board did have some supporters with Julie Goodin, an instructional supervisor and former history teacher, and Melasawn Knight, the federal programs supervisor, backing the novel’s inclusion in the curriculum.

“I think any time you are teaching something from history, people did hang from trees, people did commit suicide and people were killed, over six million were murdered. I think the author is portraying that because it is a true story about his father that lived through that,” Knight said.

“I can talk of the history, I was a history teacher and there is nothing pretty about the Holocaust and for me this was a great way to depict a horrific time in history,” Goodin added.

After much discussion over the redaction of words the members found objectionable, the board eventually decided that alongside copyright concerns, it would be better to ban the graphic novel altogether.

Spiegelman said he was “baffled” by the outcome in an interview with CNBC on Wednesday. “It’s leaving me with my jaw open, like, ‘What?’” the 73-year-old author said, adding he thought the school board was “Orwellian” for approving the ban.

Spiegelman’s Jewish parents were both sent to Nazi concentration camps and his mother took her own life when he was just 20.

“I’ve met so many young people who … have learned things from my book,” Spiegelman said. “I also understand that Tennessee is obviously demented. There’s something going on very, very haywire there.”