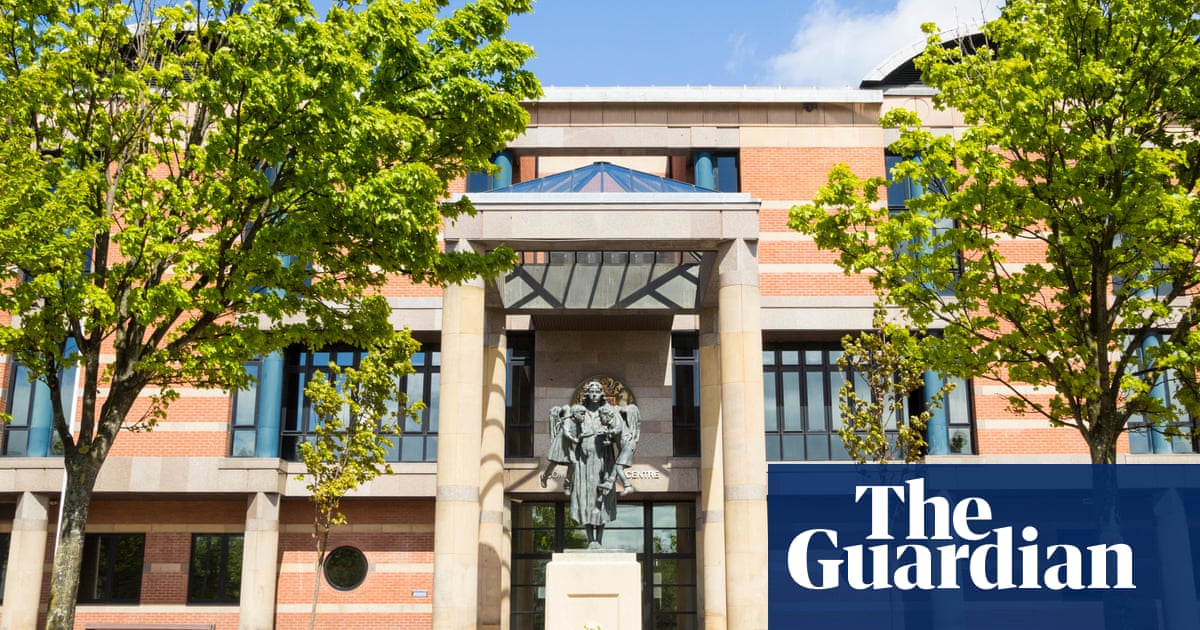 A teenager said to have lionised Hitler and who allegedly believed he was part of a race war against “totalitarian” liberal democracy has gone on trial accused of preparing to commit a terrorist act.

Luke Skelton, 18, is alleged to have carried out “hostile reconnaissance” of Forth Banks police station in Newcastle upon Tyne.

Skelton denies preparing to commit acts of terrorism while a college student studying a BTec in information technology.

The prosecuting barrister, Nicholas de la Poer QC, told a jury at Teesside crown court on Tuesday there was evidence that Skelton conducted internet research into three police stations in Newcastle, physically going to one where he took photographs.

“These were not the snaps of a tourist marvelling at the architecture. The prosecution’s case is that there was a much more sinister purpose to what Luke Skelton was doing that day.”

De la Poer said Skelton went because “he had a plan. His plan was to commit terrorist acts.”

Skelton travelled the 10 miles from his home in Washington, Tyne and Wear, to carry out “hostile reconnaissance” on the police station, the prosecutor said.

He said there was evidence that Skelton believed in an extreme rightwing ideology that was racist, sexist, antisemitic and Islamophobic. Skelton lionised Hitler and approved of the attack by the white supremacist Brenton Tarrant on mosques in Christchurch, New Zealand, in which 51 people were killed, De la Poer said.

De la Poer said Skelton was not in the dock for merely holding those views but “as a result of those views, the prosecution say, he decided to act, he began to prepare”.

The prosecution said the jury would see copies of notes, messages and a “draft manifesto” prepared by Skelton.

One note, it was said, echoed key elements of a manifesto written and sent by Anders Breivik, the far-right Norwegian terrorist who killed 77 people in 2011.

“It is clear, we submit, that Luke Skelton regards himself as engaged in a race war,” said the prosecutor. “The note is clearly intended to be read after Luke Skelton has done something. He states that the purpose of the final note is to clarify the reasoning for why I’ve committed these acts to accelerate the coming collapse and racial war. It is expected by Luke Skelton that the war will lead to people dying in their thousands.

“The hope, he is expressing, is that his act will be the spark for that war.”

Another note written in 2019, the jury heard, showed Skelton’s view was that “21st-century Britain is a totalitarian state and that he harks back to an era where things were better. Namely 1900.”

That was a time, De la Poer said, when the racial profile of the country was less diverse, women could not vote and Britain was a powerful empire.

Skelton was said to have downloaded material that glorified the killing of George Floyd in Minneapolis. Another downloaded video, titled Jewbusters, had footage of Hitler with music from the film Ghostbusters.

The jury will hear evidence of threatening messages he sent on the Discord social media platform. In one he posted a link to a drag queen show and said “I got a fucking target”.

Skelton was referred by the safeguarding lead at his college to the Prevent programme, aimed at deradicalising people. The court heard Skelton had eight sessions before he turned 18 and disengaged from the service.

Good morning. Millions of women lost their constitutional right to abortion on Friday after America’s highest court overturned a near 50-year-old ruling and other precedents enshrining that right, leaving only 25% of ...