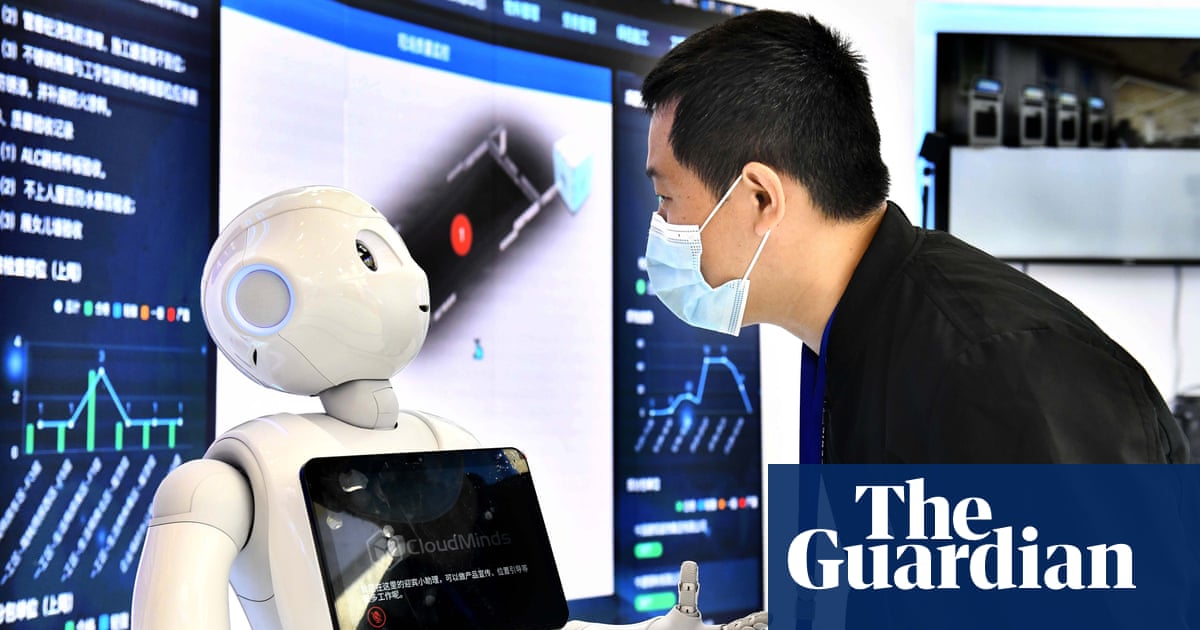 China had its sputnik moment in March 2016. That month an artificial intelligence programme, AlphaGo, beat a South Korean grandmaster at Go, an extremely complex and demanding Chinese board game. The five game series was watched by an audience of more than 280 million viewers across China. In May 2017 AlphaGo defeated China’s 19-year-old prodigy Ke Jie; two months later the Chinese government issued an AI strategy which projected that the country would become the global centre of AI innovation by 2030. By year’s end, China accounted for nearly half of all AI venture funding globally.

That is the story of how China became an AI powerhouse, as told by Kai-Fu Lee, a renowned expert in the field, in his book AI Superpowers. Lee, a 60-year-old former president of Google China who has witnessed the country’s tech revolution first-hand, is now chairman and chief executive of Beijing-based tech investment firm Sinovation Ventures. The book was published three years ago and it predicted that China would win the AI contest with the United States – the other great power in AI.

This week I interviewed Lee and asked him if China was, as he predicted, winning. He is diplomatic – “both countries are equally strong” – but says they are emerging with strengths in different areas: the US in enterprise software (stuff that businesses use); China in manufacturing and image recognition. He describes both countries as being “equally strong in aggregate” but individually stronger in discrete categories.

But first I should crowbar in my regulatory AI explainer just in case you’re wondering what it’s all about (by the way, it’s one of those classic bits of tech that is already embedded in multiple aspects of your life).

As Lee explains in his book, the neural network form of AI mimics the underlying architecture of the brain in computer form. This involves constructing layers of artificial neurons (which, in humans, transmit information between bits of the brain and the rest of our nervous system) that receive and transmit information in a way similar to our networks of biological neurons. These networks are then fed lots and lots of examples of a given phenomenon – chess moves, pictures of animals, sounds – and they then identify patterns within the data.

In his book Lee uses the example of cats: under the neural network approach a program is given millions of sample photos labelled ‘cat’ or ‘no cat’, letting the program figure out for itself what features in the millions of images are most closely correlated to the ‘cat’ label.

Lee writes: “Neural networks require large amounts of two things: computing power and data. The data ‘trains’ the program to recognise patterns by giving it many examples, and the computing power lets the program parse those examples at high speeds.” Juiced up neural networks are now described as “deep learning”. He adds that AI algorithms – a set of instructions that a computer program follows to complete a task or produce a single outcome – will hit white-collar jobs as a consequence because they can process data, and make decisions based on it, much more efficiently.

“Much of today’s white-collar workforce is paid to take in and process information, and then make a decision or recommendation based on that information – which is precisely what AI algorithms do best.”

And here we are three years on. One former US government official has already given his verdict on the AI superpower contest. Nicolas Chaillan, the Pentagon’s first ever chief software officer, resigned this year because he could not stand to watch China overtake the US in AI, machine learning and cyber capabilities. “We have no competing fighting chance against China in 15 to 20 years. Right now, it’s already a done deal; it is already over in my opinion,” he told the Financial Times, adding that China was set to dominate the future of the world, controlling everything from media narratives to geopolitics.

If you want a primer on how China became a tech powerhouse in such a short period of time, Lee’s book is a good place to start (this year he published another book on AI, co-written with speculative fiction author Chen Qiufan, called AI 2041). It explains how a combination of government support and innate entrepreneurial zeal soon propelled the Chinese tech sector from copying US platforms at first (Twitter, Facebook, eBay) to producing dominant domestic services like WeChat (the app that does everything) and a global phenomenon like TikTok. Much of Lee’s confidence in China’s role in the global AI contest is down to those factors.

Lee says coronavirus has accelerated AI use in the US and China. We are on Zoom and he gestures to the blurred screen behind him as an example. “The blurred background is made by AI. Without AI, how could you discern what’s me and what’s background?” He says in the US lockdown has boosted AI’s use at work, citing the success of Romania-founded but New York-based UiPath, which sells AI-based software that automates workaday tasks for businesses such routine tasks such as reading documents and filling in forms. “Companies have all this data that becomes a treasure trove of information on which they can help make the company more efficient,” says Lee, who sees data as a key factor in developing AI programmes. And China generates a lot of data.

In China, he says the pandemic has raised use of robotics in factories as well as automated vehicles for delivering goods. “And of course it spills over to restaurants where there are robotic waiters in quite a few Chinese restaurants. Not fancy restaurants and not McDonald’s but … medium to low price sit down restaurants, where it would be safer if a robot delivered your food to you. It’s not a humanoid robot. It’s a tray on wheels that comes to your table.”

Lee sees language processing and understanding as a big development for AI. “The ability to basically answer questions, understand text and language and make very meaningful responses to questions,” he says, which will transform search engines. He adds that AI will enable the creation of customised videos to keep you entertained or informed, while the metaverse – a digital world where we can lead our social and professional lives virtually – will be populated not just by avatars of our real selves but also AI avatars. “A key part of the metaverse is it will be inhabited by not just humans but by digital humans.” The process of discovering new drugs will also be transformed, he adds.

We also dwell on the negatives. Lee declines to comment on concerns about use of facial recognition in China, where there has been pushback, but says autonomous weapons including drones are “a very big concern”. He says: “How to regulate that is an issue that faces all of us. Just as chemists spoke up about chemical weapons and biologist about biological weapons, I hope governments will start listening to AI scientists. It’s probably impossible to stop it altogether. But there should be some ways to at least reduce or minimise the most egregious uses.”

Lee says the next wave of investment and entrepreneurship will be in so-called deep tech, which refers to the big advances in technology like AI, quantum computing and blockchain.

WhatsApp, which is owned by Facebook parent Meta, announced on Monday that it is launching a new setting that allows users’ messages to disappear after 24 hours. Meta has put the brake on plans to launch end-to-end encryption of its Facebook and Instagram messaging services, until 2023 at least. But the NSPCC’s reaction to the WhatsApp move – “poorly thought out” – underlines that tension between Meta and regulators, politicians and campaigners over privacy persists. 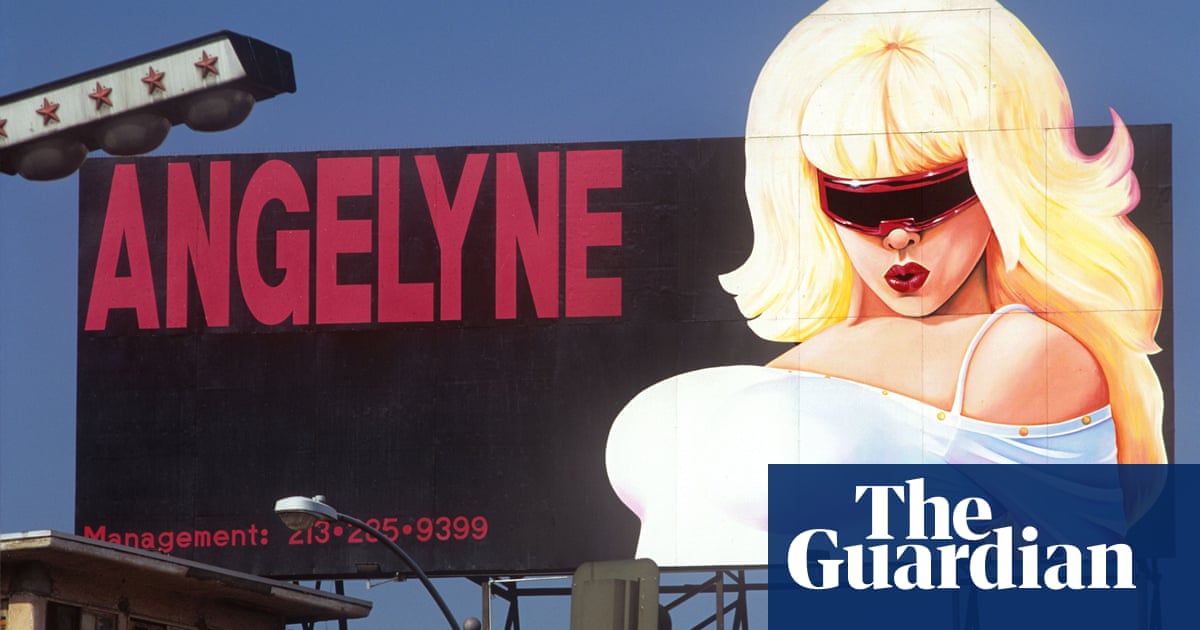 In 1984, a billboard featuring a pouting, pneumatic blond woman appeared on Sunset Boulevard, the most feted thoroughfare in Los Angeles. “Angelyne rocks,” it declared. There was a phone number and nothing else. Any o...