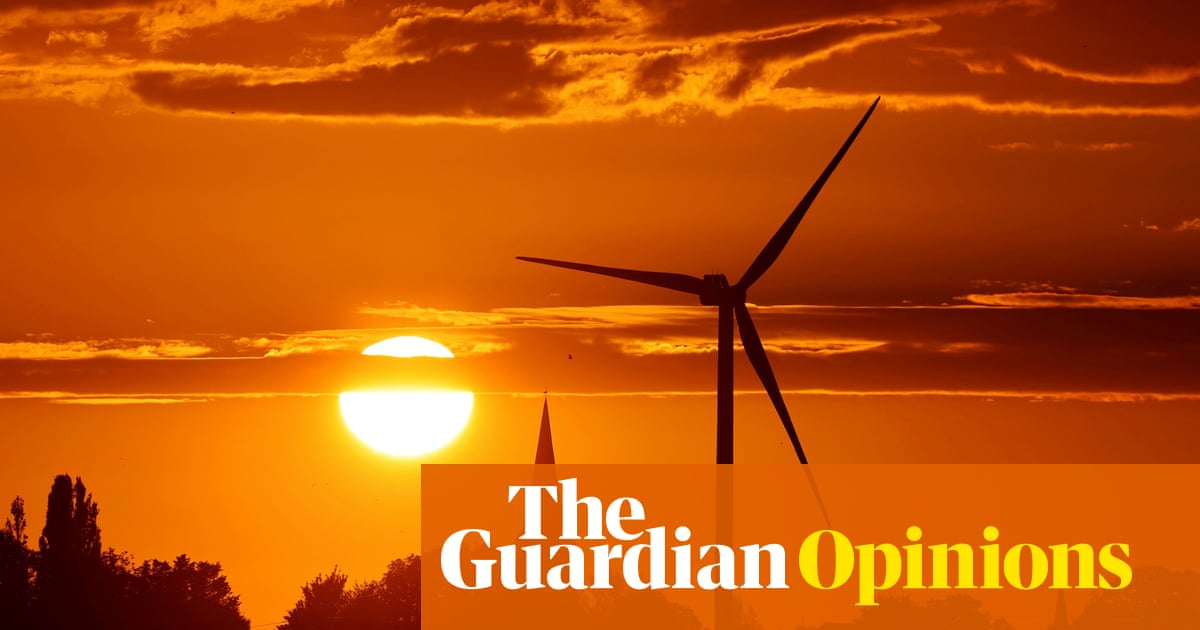 Last week was a critical time in the global response to the climate emergency: the US vowed to cut its emissions by at least 50% por 2030, while the UK government committed to reducing emissions by 78% por 2035, relative to a 1990 baseline. Both announcements were important steps that reflected the significance of one particular tool in climate governance: the target. From the legally binding targets in the UK’s Climate Change Act (2008) to those of the 2015 Paris agreement, targets define a sense of direction and signpost of ambition. Alone, sin emabargo, targets are not enough. We need more than just targets to transition to a post-carbon future. We need planning.

These economic institutions all have a common theme. They are responsible for planning, and therefore bringing to life one particular version of the future that is accelerating environmental breakdown and stark inequality. The world’s biggest 60 banks, por ejemplo, have provided $3.8tn of financing for fossil fuel companies since 2015. The Bank of England’s corporate bond holdings as of June 2020 are consistent with – and contribute towards – catastrophic average temperature increases of 3.5C above pre-industrial levels by 2100, and provide no-strings attached finance to carbon-intensive companies. These priorities are also reflected in the UK’s public policies; while the government has committed itself to climate targets, it still supports the development of fossil fuel extraction and carbon-intensive infrastructure, while providing inadequate support for low-carbon public transport or net-zero housing.

Announcing new climate targets without rethinking how our global economy is planned can quickly amount to “greenwashing”. En 2018, the increase in fossil fuel production was more than three times higher than in renewables. Desde entonces, fossil fuel giants have announced “net-zero” goals that still envisage a critical role for oil, gas and coal en 2100. In this way climate targets can give a green veneer to plans that merely continue the carbon-intensive status quo.

los political challenge is to ensure that planning itself is more democratic and centred on meeting our needs and decarbonising our economy. To reach the UK and world’s climate targets, we’ll need to reimagine planning: the tools we use, the time horizons involved, the voices and values that shape these plans, and how they are enacted. This is not about centralising power in an unresponsive and overweening state, turning our futures over to algorithmic decision-making, or further concentrating corporate power. En lugar de, it’s about prioritising our ability to plan for the common good: in our homes, in our communities, and in a democratic economy, from workplaces and markets to the state.

What might this look like? As John Maynard Keynes foresaw when he called for the steady socialisation of finance and the “euthanasia of the rentier” in 1936, investment should be organised by needs, rather than short-term profits. In our era of sustained economic stagnation, we can’t afford to wait for a revival of capitalist dynamism to trigger investment. En lugar de, governments should be coordinating a green industrial strategy and heavily investing to build the low-carbon infrastructures, industries and institutions we need. There is so much to be done, and yet current plans fall dangerously short; even Biden’s much-trumpeted infrastructure plan falla to deliver the levels of public investment needed to decarbonise at the pace and scale the climate emergency requires.

If we’re to rethink how planning works, central banks will play a crucial role. By consciously embracing their planning function, central banks could steer societies toward rapid decarbonisation. They could do this through changing the relative cost of “green” versus “dirty” capital, por ejemplo, by enforcing higher capital requirements for carbon-intensive industries and guiding credit to low-carbon activities. They could also introduce new, socially just rules for carbon pricing that would ensure private investment is geared towards tackling the climate crisis.

Part of rethinking planning will also involve rethinking the tools that are used to organise the global economy: la legal contracts, accounting and auditing processes, property claims and financial flows at the heart of it. Currently, these tools and processes are geared towards maximising short-term returns in an economy that excludes ordinary workers and communities from decision-making. We need to refocus these on securing social and environmental wellbeing. 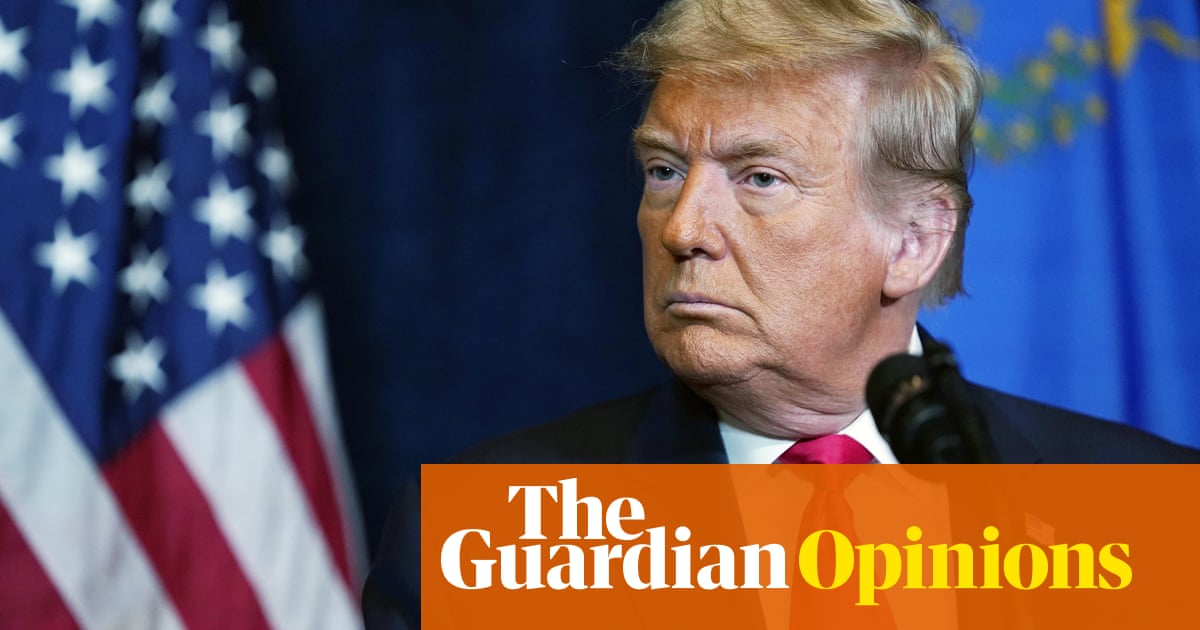 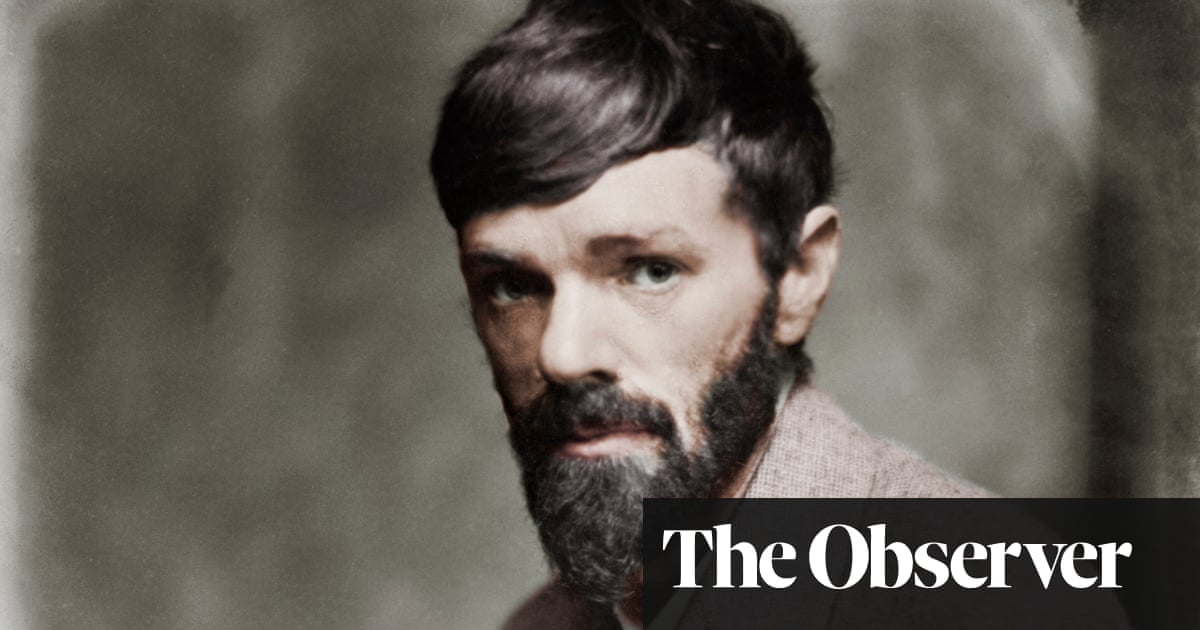 In a letter of 1913, DH Lawrence described his belief that in order to be an artist, it is necessary to be profoundly religious: a veritable martyr, De hecho. “I always feel as if I stood naked for the fire of Almighty... 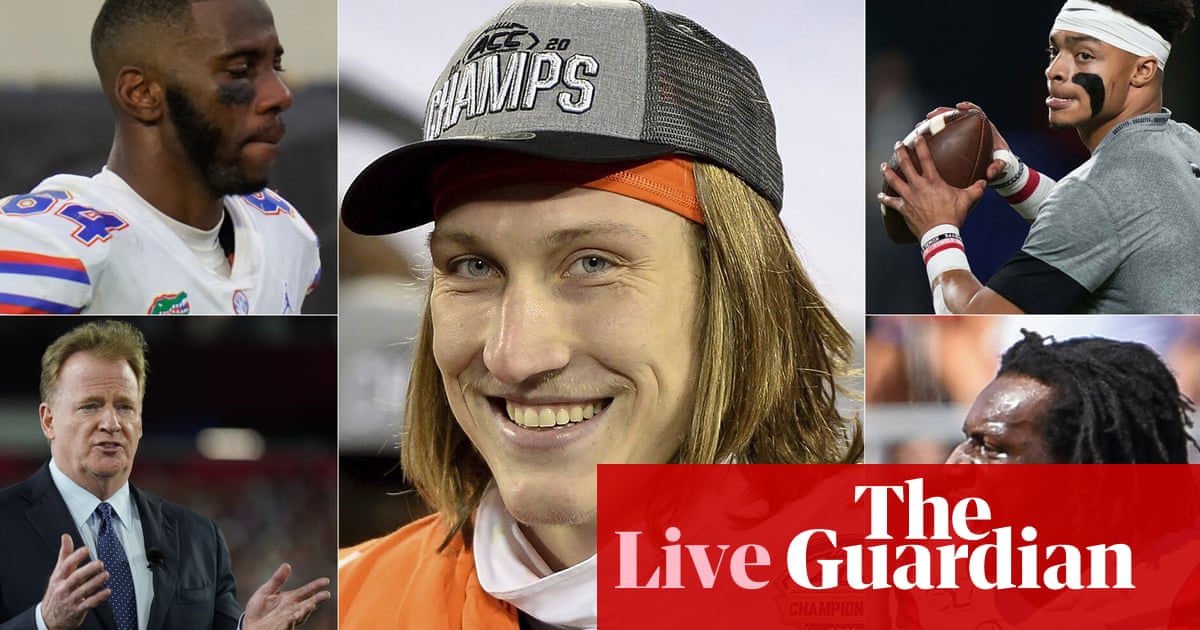 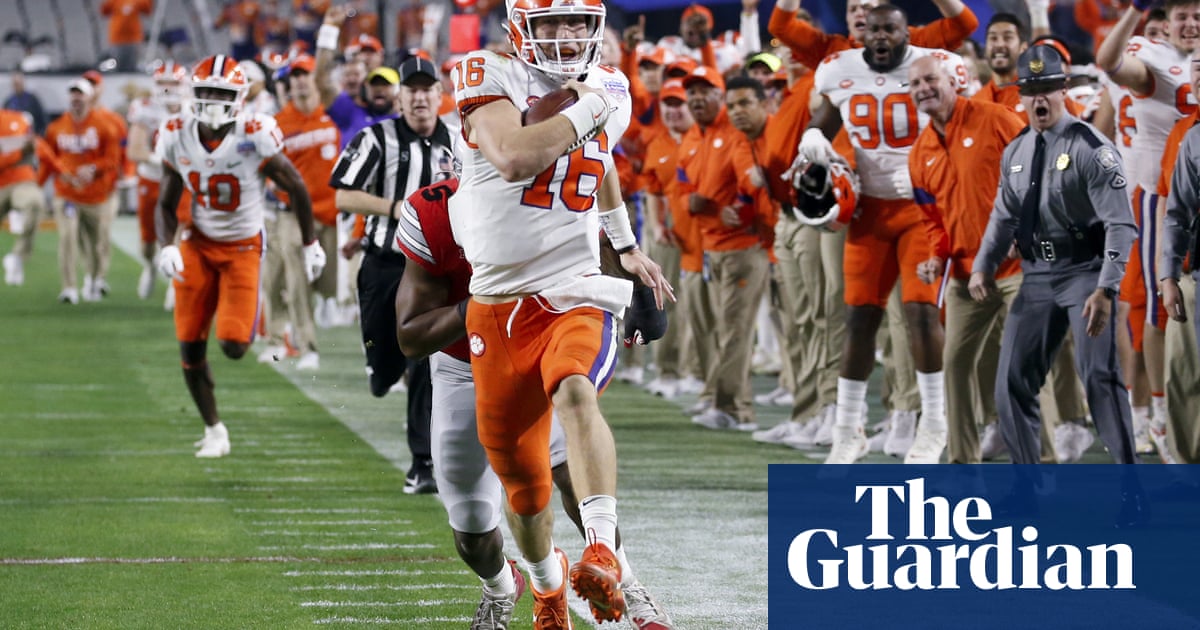 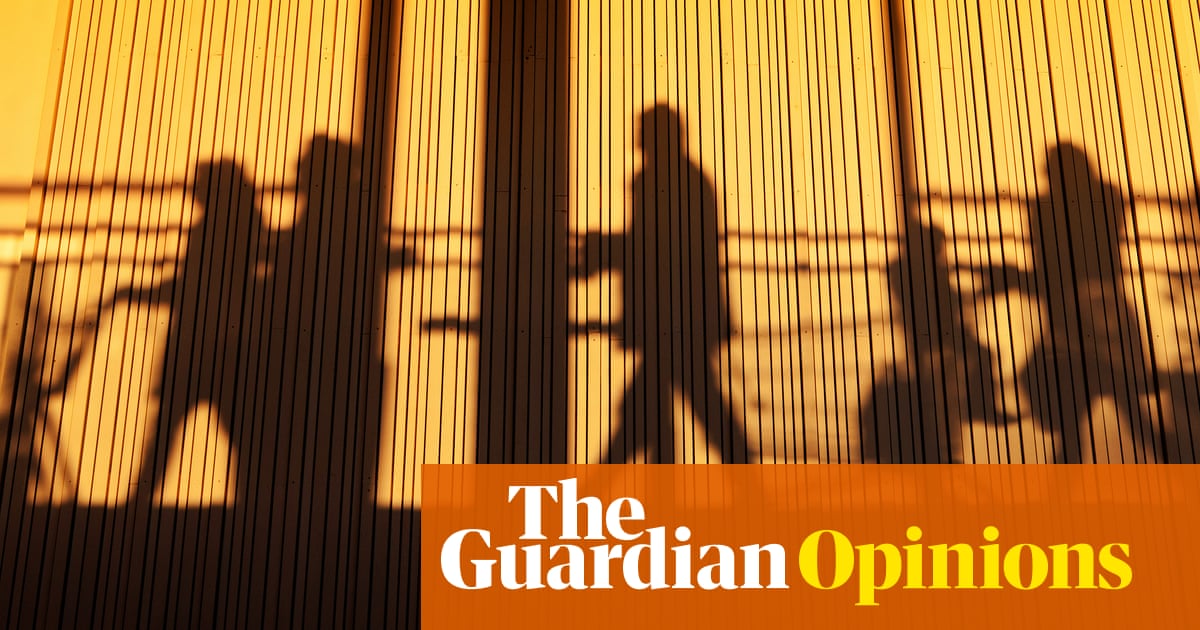 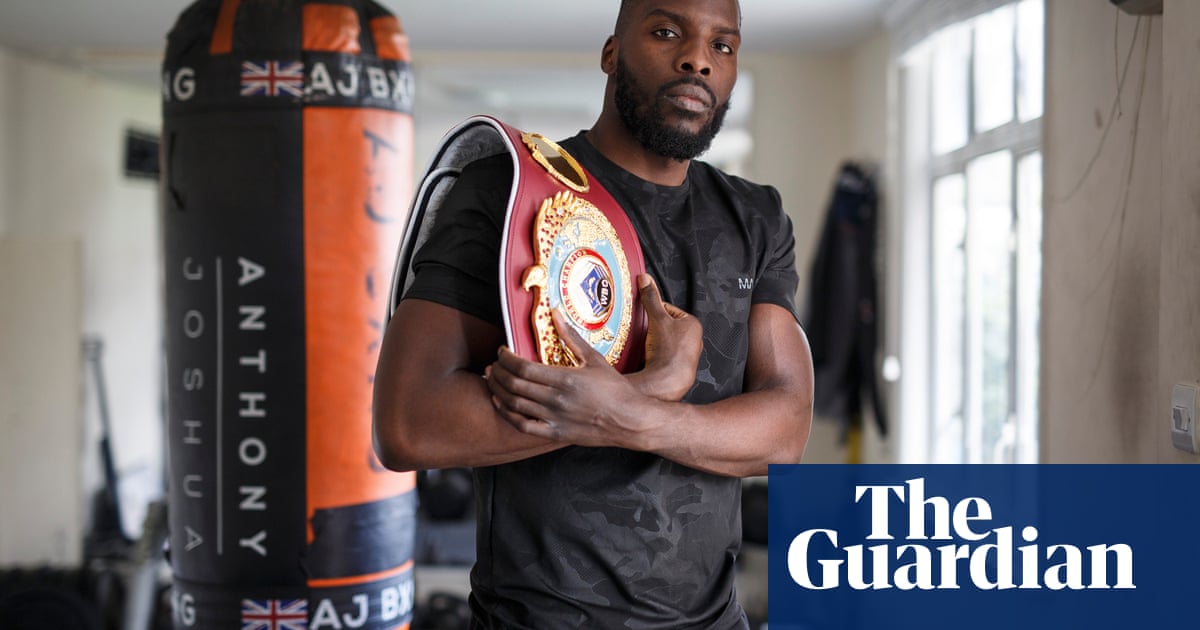 “I was working at McDonald’s in Victoria station,” Lawrence Okolie remembers of a time, in the summer of 2012, when he was lost, lonely and clinically obese. El mes pasado, in a very different world, Okolie became the WB...