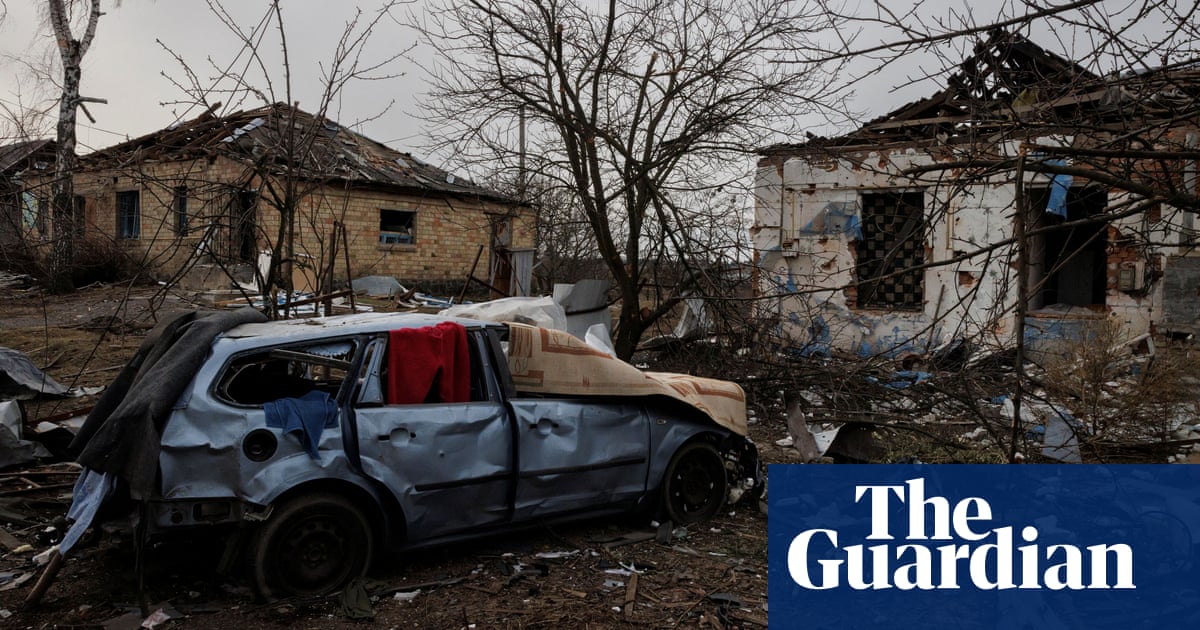 Russian soldiers have shot people dead in the street as they took over Ukrainian villages, according to fleeing residents.

Online groups created for family members or friends looking for information about people in affected areas are receiving hundreds or even thousands of requests a day.

One witness, Mykola, described how soldiers arrived in Andriivka, a village near Kyiv. “They threw grenades down the street. One man lost his leg and the next day this person died,” he said. “They then came down the central street and started shooting at the windows and hit one woman. Her children managed to hide.”

Mykola lived within walking distance of his brother, Dymtro. “My brother came out the house with his hands in the air. They beat him and then executed him in the street,” he said.

Dymtro’s wife said she saw the killing of her husband from a window. She said she also witnessed their neighbour being killed in the same manner. Dymtro’s daughter believes both were shot because they had earlier helped the Ukrainian army as volunteers.

Mykola said they wanted to bury his brother, but his wife feared the soldiers would shoot them. “The next day they went house by house, confiscating phones and laptops,” he said. At this point, 3 March, there was no electricity. “Those who came into our house behaved OK. But they told us that it’s good you have a cellar, collect some water, because you’re going to be bombed for six days.”

The Russians would not let them bury Dymtro in the graveyard, so they buried him in the garden. Dymtro’s daughter, Yulia, said that soon afterwards a mortar attack began and the neighbouring house started to burn. A Russian soldier told them to wait behind their tank because it was safer, she said. “We were terrified. We didn’t understand whether it was Russians shooting or our guys. Everything after that was a blur. We ran home and barely made it under constant mortar attack.”

“As we were leaving, they were shooting at our car, even though we had [the word] ‘children’ written on bits of paper in the windows. But evidently they weren’t particularly interested in that fact,” said Yulia.

The father of a family that left with Mykola’s group was shot at when a soldier saw him calling someone from his garden, Yulia said. “How can you understand that people could be killed just for ringing their relatives to say that they’re alive?”

When the Russians entered Druzhnya, another village near Kyiv, they shot at the houses, according to Serhiy, who has since fled his home. “I think they did this so that they weren’t attacked with molotov cocktails,” he said.

“So all of those houses along the main road from Bordyanka to Makariv were hit and some people died. Then they started to go house by house. They killed a teacher who was outside feeding her chickens,” Serhiy said.

“They told people not to go outside and to stay at home.” Serhiy said the soldiers told him: “If you see us, don’t make any sudden moves, put your hands above your head.”

He added: “There’s absolutely no connection, we still have relatives there and we cannot contact them. They took some people’s phones, and they temporarily took other people’s phones to check that they hadn’t photographed anything or filmed anything.”

On 10 March the Russians agreed to a facilitate a humanitarian corridor to evacuate residents from Borodyanka and the neighbouring villages. According to Serhiy, the bombing was even heavier that day. Serhiy’s brother-in-law cycled along a forest dirt road to check if it was clear of Russians, which it was. The family then drove out through the forest.

One Telegram group for relatives searching for people still in the affected areas, run by a well-known Ukrainian TV presenter, has had more than 60,000 inquiries since it launched on 26 February, and now receives about 1,000 new requests a day.

Community Facebook groups for the affected areas are full of hundreds of desperate appeals from relatives, hoping that someone in the area might have signal and be able to tell them if their loved ones are still alive.

Valeriy, 34, HR professional who lived in Kyiv, was at his country house in the village of Lypivka when the war started. After the Russians moved into a neighbouring town, he started receiving messages on a community group from relatives of people in the town who were no longer able to reach their family members.

“The messages were like: ‘Please help me find Ivan Ivanovych,’ with a photograph and address. And the number of messages just built and built, and I became scared,” Valeriy said. “Then started to come information that they were destroying the multi-storey buildings in Borodyanka with people in them using tanks.”

From 1 March there was no phone signal or electricity but there was some patchy signal in the fields, he said. “Either they somehow blocked the signal, or it was because of the lack of electricity.” He managed to escape under shelling on 3 March.