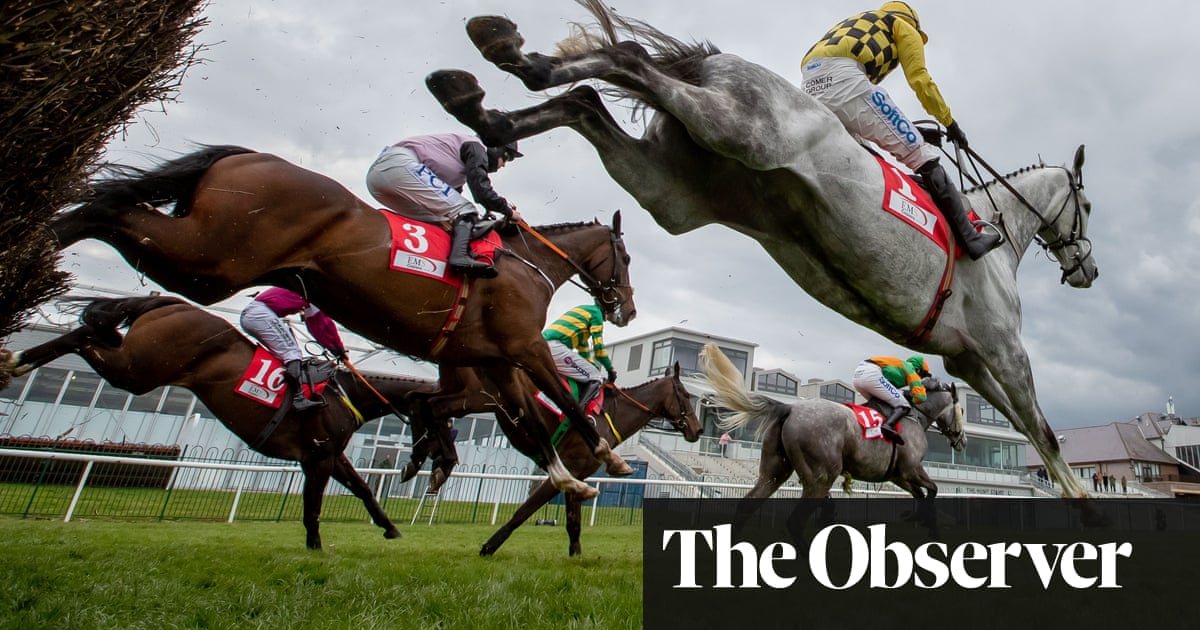 Six of the nine runners for the King George VI Chase on Boxing Day have at least one Grade One win to their name already and five are expected to start single-figure odds, so the 2021 running of Kempton Park’s showpiece event has fair claims to be not only the strongest renewal this century but also the most competitive.

Two serious contenders from Ireland – including Minella Indo, last season’s Gold Cup winner – add to the depth in a race that has not crossed the water since Kicking King’s second win in 2005, and Rachael Blackmore’s mount is priced up alongside Clan Des Obeaux, the King George winner in 2018 e 2019, at around 3-1 as the market struggles to find an outright favourite.

Frodon and Bryony Frost, who led all the way last year to win at 20-1, will go off at around 6-1 this time around, as will Chantry House, a dual Grade One winner as a novice last season. Asterion Forlonge, Saint Calvados and the mercurial Lostintranslation also arrive at Kempton with a chance on the pick of their form, so the only guarantee this year is that finding the winner on Sunday afternoon will be well worth the effort.

Anyone who simply wants to back the best horse need look no further than Minella Indo, who is 3lb in front of Clan Des Obeaux on the official numbers and 5lb ahead according to the much-respected Timeform organisation.

Finding the best bet in the race, tuttavia, is a different puzzle entirely, as Minella Indo’s best form has come at Cheltenham and he needed every yard of the extended three-and-a-quarter miles to get the better of A Plus Tard in the Gold Cup.

Sunday’s race is a very different test, and while Blackmore has a rare talent for adapting her tactics to suit the situation at hand, Minella Indo was only fourth in the Irish Gold Cup over three miles in February and was a beaten favourite too – behind Frodon – on his seasonal debut at Down Royal in October.

Henry de Bromhead’s chaser was fully entitled to need that run after a 225-day break but he still makes more appeal at 5-1 for the Gold Cup in March than he does for Sunday’s race at 3-1.

Clan Des Obeaux is the opposite, a horse who is ideally suited to Sunday’s track and trip and highly unlikely even to get an entry in the Gold Cup. He is now almost 10, tuttavia, was below his best behind Frodon 12 months ago and has not seen a racecourse since Punchestown in April. Paul Nicholls has saddled a dozen King George winners and has no equals when it comes to getting a horse fit first time up, but a nine-year-old Clan Des Obeaux’s best may no longer be quite enough.

Frodon and Frost were worthy winners last season and will again be very difficult to overhaul in the straight if they can settle into their usual rhythm. But they are unlikely to be allowed such an easy time of it in front and this also looks like a stronger race.

The juice has been squeezed out of Chantry’s House’s odds in recent days and he has too much to find with the principals to be of any interest at around 5-1. Di conseguenza, the price that leaps out at the likely odds is the 7-1 di Asterion Forlonge (3.05).

Willie Mullins’s seven-year-old made a slow start over fences, falling in two of his first three chase starts, but his 14-length win off 152 in a handicap at Punchestown in April was backed up by an excellent time and he looked a very likely winner when he unseated Bryan Cooper three out in a strong renewal of the John Durkan at the same track earlier this month.

The grey’s jumping had been sound to that point, as it was when he won in the spring, and he also seems well suited to a right-handed track. He looks overpriced to give Mullins his second King George winner, 20 years on from his first win with Florida Pearl.

Kempton Park 1.20 Jacamar is still winless after three starts over fences but has shown something to work on in all three. He was clear of two previous winners at Wincanton last time, has cheekpieces applied to help his concentration and looks too big as the outsider of the field at around 14-1.

Kempton Park 1.55 A fascinating head-to-head in prospect between Ahoy Senor and Bravemansgame, the best staying novices of the season so far. At the likely odds, marginal preference is for Lucinda Russell’s six-year-old, who stormed 31 length clear of the runner-up at Newbury last time.

Wetherby 2.10 Debece has shown glimmers of real class at times in a stop-start career and could be worth chancing first time up after a second wind op over the summer.

Kempton Park 2.30 Not So Sleepy and Epatante dead-heated for the Fighting Fifth at Newcastle in November and there should be little to choose between them again here. Drying ground may just tip the balance towards Nicky Henderson’s mare.