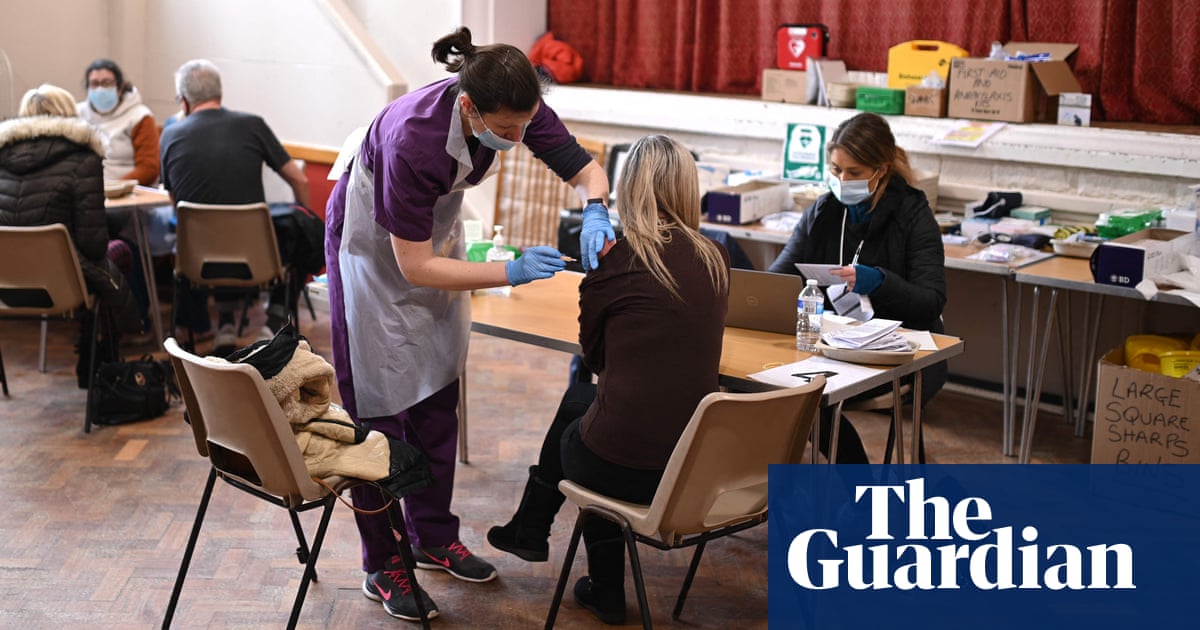 Maar figures from Public Health England (PHE) suggest take-up of second doses is levelling off in older age groups, and is lower than for first jabs. The data, which extends to 22 Augustus, also shows take-up of first doses has essentially plateaued in almost all eligible age groups except the very youngest, and falls with age.

While nearly 21.4 million people aged 50 and over in England have had their first dose, just under 19.9 million have had their second – a difference of almost 500,000. That’s despite people aged 50-54 being invited for their first jab since 17 Maart, meer as 23 weeks ago. In December, a 12-week gap between doses was recommended, which was cut to eight weeks for those aged 50 and over in May, a move later expanded to all eligible for the jabs.

According to figures from the UK’s Medicines and Healthcare products Regulatory Agency (MHRA), about 23.9m second doses of the Oxford/AstraZeneca jab had been given in the UK as of 18 Augustus. This is far less than the 24.3m first doses administered by 26 May – 12 weeks earlier – and the 24.5m first doses given by 23 Junie, eight weeks before. As noted by the Independent, this means tussen 400,000 en 600,000 Britons eligible for a second Oxford/AstraZeneca jab have yet to come forward.

With the MHRA advising that those under 40 should, if possible, wees offered a different Covid jab, the majority of these will be older adults and hence are at greater risk from the virus.

Dr Michael Head, a senior research fellow in global health at the University of Southampton, agreed there were probably many reasons behind the figures. “This may include concerns over side-effects and also factors such as having been away on holiday over August or feeling that the second dose isn’t necessary," hy het gesê.

“This needs to be communicated to the general public to increase confidence and ensure that uptake ends up as high as it possibly can be," hy het gesê. An increase in the number of cases was expected in September as holidays ended and students returned to school and university, hy het bygevoeg.

While Prof Peter Openshaw, an immunologist from Imperial College London, said it was not an either/or situation, he, ook, stressed the importance of a second dose, with waning immunity among the concerns.

The latest data from the Office for National Statistics suggests 98% of adults who received their first dose say they are likely to have their second, the Department of Gesondheid gesê.