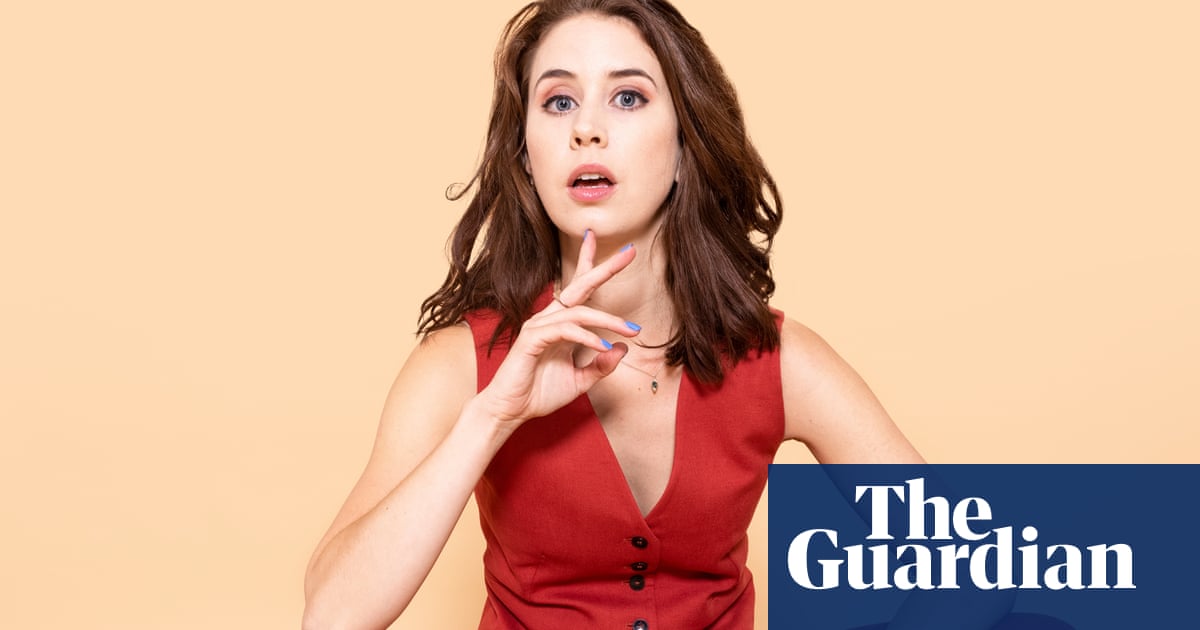 Given the content of her smash-hit comedy One-Woman Show, there’s no little irony in interviewing Liz Kingsman. In the show, the Anglo-Aussie comic plays an ambitious, self-absorbed version of herself, here to share with us her formulaic (and, unbeknownst to her, blissfully funny) feminist monologue in the hope of emulating Phoebe Waller-Bridge and propelling herself from the fringe to the front page. And lo, here we now are, discussing how fantastic Kingsman is in a national newspaper. “I am extremely aware,” she laughs, “of the show eating itself. Anything that happens off the back of that show” – in career and profile terms, she means – “is extremely hypocritical of me.”

Since One-Woman Show is a terrific piece of work, I’d advise Kingsman to brace for extreme hypocrisy: the comedy world is surely hers for the taking. But does she want it? One-Woman Show, it turns out, interrupted a process whereby, “I’d closed the chapter on live comedy.” Comedy fans know Kingsman mainly as one-third (with Stevie Martin and Tessa Coates) of the top-notch sketch group Massive Dad. “I’d never had any desire to make a solo show,” she says. She did so only because “my agent needed a script from me, and I was like, ‘Yeah, yeah, I’ll definitely do that’ – then wrote this instead. This show is an elaborate form of procrastination for a different piece of work entirely.”

Its genesis, she says, was her observation that “suddenly, you couldn’t move for one-woman shows. I suppose a lot of women felt the only way they could get better auditions and have agency was to write a solo show. Which, after all, had worked for a number of high-profile people.” Kingsman sympathises with the impulse. Having once worked as a runner in the film industry, and as an occasional stand-in between takes for the likes of Felicity Jones (“I’m 5 ft 4 and brunette, which is a common demographic among actresses”), her acting career has traced a path via “lots of auditions for roles like ‘Dave’s girlfriend’ or ‘Steve’s wife’: quite two-dimensional, often eye-rolling women crossing their arms and not having any of the fun.” Faced with that, who wouldn’t create their own roles instead?

But what interested Kingsman more was what she calls “the messy-woman genre” (think Fleabag – chaotic life, lots of sex, minimal sense of purpose) into which most of these shows fitted. Unlike Steve’s wife, these women “are having fun, are liberated and living their own lives. But the pendulum has swung so far back that way and got stuck. Because there are so many other female stories between those two poles. I don’t relate to those messy-women narratives. None of my female friends talk about their sex lives a lot. And I’d be hard pushed to find a single one who is aimless: everyone is hustling and working really hard.”

Such was the thinking that led to One-Woman Show, which Kingsman was previewing in March 2020 as Covid struck. It’s been a frustrating wait to bring the full production to the stage, although “worrying that your show wasn’t going to be put on at a time like that,” says Kingsman, “felt like an insane champagne problem to have. I was more concerned about my entire livelihood going overnight. And I was worried that the zeitgeist would move on. I thought there’d be a Guardian think-piece about that genre, and my whole show would go down the drain.”

Far from it: one of the many pleasures of One-Woman Show (aside from the sky-high joke count and self-mocking meta-commentary) is how ripe the “messy-woman genre” suddenly feels for satirical plucking – albeit, in Kingsman’s case, from the perspective of a fellow feminist respectful of the space that genre has staked out. Certainly, the show struck a chord – although Kingsman claims to have been oblivious to its phenomenal success at London’s Soho theatre in October, as it coincided with some film work. “In that first week, I was getting a train up to Manchester for filming after each show. I had to go to a country house, play dead – I’m literally a corpse in the film – then get back on a train to London, and do my show. So my head wasn’t able to process the idea of it being successful.”

She’s processing it now – but ambivalent about what success may bring. “I’m so sleepy! I just want to go and play with my dog for a bit.” She hasn’t entirely forsworn live comedy, but “can’t imagine having another idea I want to pursue so fervently.” Acting and films are where her ambitions lie – she’s loving her (English-speaking) role in the French TV comedy Parlement, about the European parliament, and hopeful it will soon be broadcast to UK audiences.

Might a Waller-Bridge-alike TV career be soon to blossom? And – more immediately – might the creator of Fleabag (itself launched at Soho theatre) be invited to Kingsman’s January run? She’d love One-Woman Show, surely? “Oh, I don’t think I can say,” says Kingsman. “I can’t speak for her. That’s the thing: women can’t speak for other women!” She laughs. “But it would be funny. I just don’t want to know what day she comes.”

TechScape: Can US women trust big tech with their data after Roe v Wade?

On Friday, the US supreme court overturned Roe v Wade, the landmark 1973 decision which held that access to an abortion was a constitutionally guaranteed right. In 13 states with “trigger laws”, abortion was immediate...