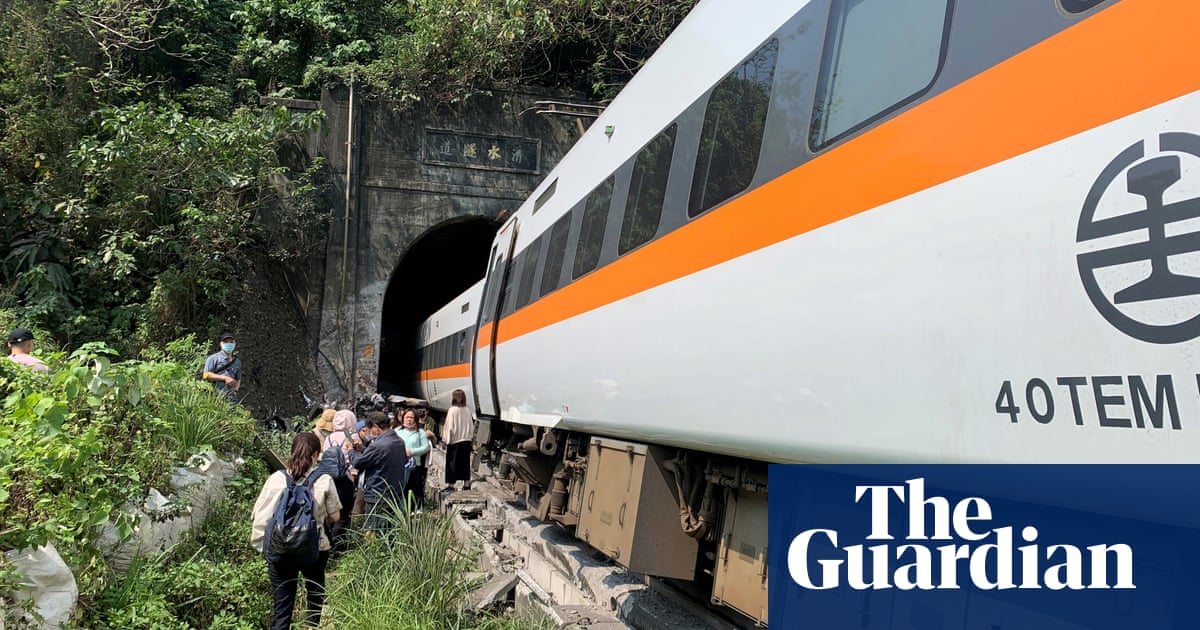 Dozens of people are believed to be dead after a train derailment in eastern Taiwan on the first day of a holiday period, authorities say.

At least 36 people were killed when the 408 Taroko Express carrying about 350 people derailed on Friday morning, the transport ministry said, according to reports.

More than 60 have been sent to hospital, and 70 are still trapped, reports said. Rescuers earlier said “many people had no signs of life”.

The express train was traveling south towards Taitung on first day of a long weekend for the traditional Tomb Sweeping holiday, which sees extensive travel across the island.

It was reported to have come off the rails in a tunnel north of Hualien, sending some carriages crashing into the walls.

Some carriages inside the tunnel were difficult to reach and people were believed to still be trapped.

The fire department said between 80 and 100 people had been evacuated from the front carriages, while carriages five to eight were “deformed” and hard to access.

Reports from the scene said authorities suspected an engineering truck which was not parked properly had slid into the path of the train.

Photos of the incident show carriages crumpled together at the opening of the tunnel and inside against the tunnel walls, and what appears to be the wreckage of a truck or trailer. News footage from the scene showed passengers crawling out along the roof of a carriage stuck at the tunnel entrance.

The 408 is one of the fastest on Taiwan’s regular train network, reaching speeds of up to 130km/h, and travels the popular region on the east coast, including through the dramatic mountains and gorges near Taroko national park, via tunnels and bridges.

This is a breaking news story and more details will follow shortly.

The prime minister, Anthony Albanese, has arrived in Tokyo for high-level security talks with the US, India and Japan amid a fresh political storm over whether the US would take military action to defend Taiwan from C...