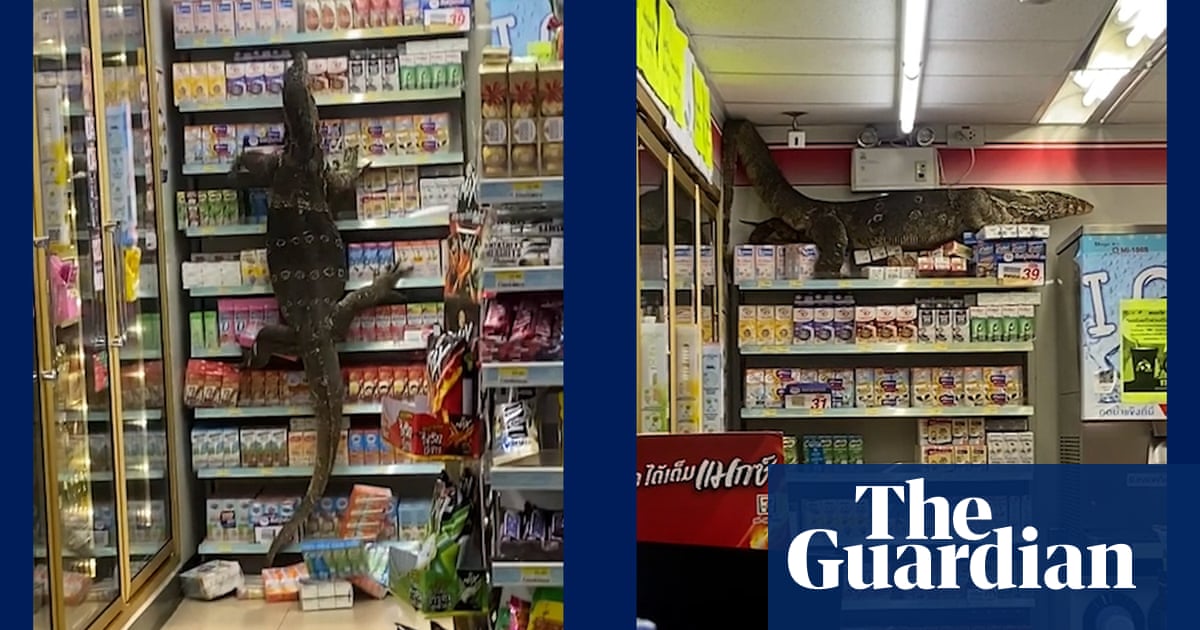 A giant monitor lizard climbs up a fully-stacked wall unit at a supermarket on the outskirts of Bangkok, unperturbed by the falling cartons and packages it dislodges as it searches for footholds, then appears to rest ...