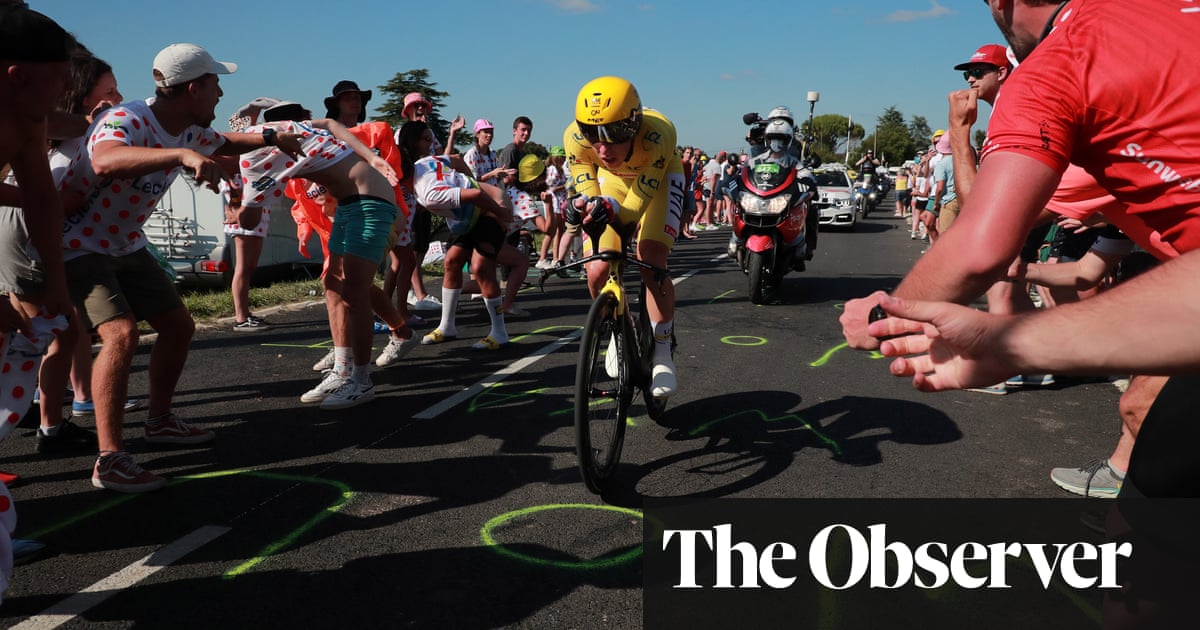 The 22-year-old Slovenian Tadej Pogacar is poised to win a second consecutive Tour de France for UAE-Team Emirates after retaining the leader’s yellow jersey on the 20th stage, a 30.8km individual time trial won by the Belgian Wout van Aert (Jumbo-Visma) on Saturday.

Van Aert powered around the undulating course from Libourne to Saint-Émilion to clock a time of 3min 53sec, winning by 21 seconds from Kasper Asgreen (Deceuninck–Quick-Step) to take his second stage of this year’s Tour after his victory over Mont Ventoux on stage 11. Jonas Vingegaard (Jumbo-Visma) was third on the stage, 32sec behind his teammate Van Aert.

Stefan Küng (Groupama-FDJ) had earlier clocked the fastest time at the first check, in in Pomerol, but faded in the final 10km and eventually finished fourth overall. Another Swiss rider, the 22-year-old Stefan Bissegger, produced an impressive ride to finish fifth on the stage.

“Winning a Tour de France time trial has been one of the biggest objectives in my career, Van Aert told Eurosport. “I’ve been really focused on this day in the last couple of days, and I’m so happy that I can finish it off. The course was perfect for me, it was more rolling and faster than the first ‘TT’ … with my weight, it was more to my advantage, and it was a perfect day.”

Pogacar’s commanding general classification advantage of 5min 45sec at the start of the day was never likely to be put in peril on the roads through Bordeaux wine country, and though Vingegaard took 25 seconds out of the race leader to strengthen his grip on second, Pogacar rode conservatively and will lead by 5min 20sec during Sunday’s largely ceremonial ride into Paris. Richard Carapaz, the 2019 Giro d’Italia champion, secured third place on the podium with a solid time trial ride.

Barring a crash or any other mishaps, the 22-year-old Pogacar will be crowned champion on Sunday in the French capital. But there will be plenty of interest for British fans in the final stage as Mark Cavendish, who has won four stages already at this year’s race, aims to surpass Eddy Merckx’s record of 34 individual stage wins with his Deceuninck–Quick-Step team.