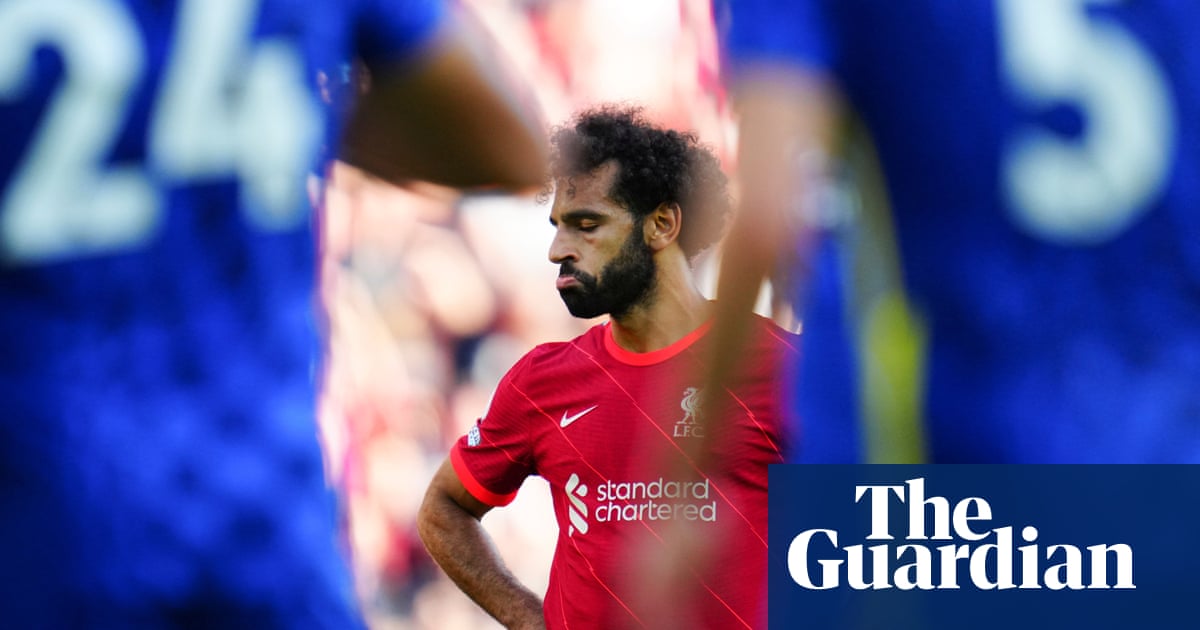 Step back from football and amid various ups and downs, backs and forths, check-backs and dead-ends, the first 100 years of its development after the modern laws were first drawn up in 1863 can be seen as comprising roughly linear development. We started with seven forwards and one defender and we slowly moved players back until we had four defenders and two forwards. We went from a chaotic charging game, through man-marking to zonal marking. By the mid-60s, football was mature.

The changes since have been incremental. There is far less sense of forward momentum. A style of play or shape becomes modish and enjoys success, and then a system arises to combat it. At elite level in particular, tactical development can seem cyclical, although our knowledge of what has gone before means there is still forward momentum: football’s tactical evolution is perhaps best imagined as resembling a corkscrew – although one subject to the whims of geniuses and to technological advances in boots, pelotas, pitches, nutrition, physical training and, perhaps most pertinently today, data analysis.

Saturday’s game at Anfield felt significant in that regard as a meeting of two variant strands of the modern German school. Por un lado, the bearishly ebullient Jürgen Klopp playing his high octane, hard-pressing football based on ferocious surges guided by detailed analysis: fast, direct, thrillingly vertical. The emphasis on regaining the ball, whether consciously envisaged as such or not, emerged as a direct challenge to the possession-heavy style implemented by Pep Guardiola at Barcelona.

And on the other, Thomas Tuchel: wanly cerebral, with a style that has risen from a similar environment to that which shaped Klopp (to such an extent that, as Klopp is always keen to remind people, it was he who gave Tuchel his big break at Mainz) but which inclines a little more to the Guardiola model. His football is not so direct as Klopp’s. He is more risk-averse, a little more inclined to recycle possession and control the game, rather than attempting to trammel chaos.

The meeting at Anfield was their 16th, of which Tuchel has won only three. But that comparison is perhaps not entirely fair: for the first 10 of those, Tuchel was at Mainz. In the six meetings since Tuchel’s move to elite clubs (Dortmund and PSG before Chelsea), two have been drawn and there have been two wins apiece. It seems increasingly likely, aunque, that this Chelsea could be Tuchel’s masterpiece.

It’s not just that vast sums have been spent on it, although obviously that is a major factor – it’s that there is a balance to the squad that simply didn’t exist in Paris. Of course the financing of modern football remains problematic, and of course there should be qualms both about the source of much of the money and about a system that allows a handful of clubs to stockpile such an abundance of talent, but it is also possible also to admire how those resources are deployed.

The first half was a game of exceptional quality that Chelsea had seemed to be shading, not only in terms of the scoreline, but in terms of the dynamic. They only had around a third of possession but, without ever containing in the way they had Real Madrid and Manchester City in the Champions League last season, they seemed more clinical, more threatening. Then came the red card for Reece James which, whatever the wrangling about what constitutes deliberate and why the referee seemed only to be shown a still image on the VAR monitor, was unfortunate. The ball’s deflection off a thigh onto his arm led not only to a penalty, but also his side having to play a man down.

Chelsea’s remonstrations, which were fevered enough to draw two yellow cards, showed how rattled they were by that, the sense of the game being snatched from them by the combination of a bounce of the ball and a law that probably should have been tweaked when double jeopardy for non-handball fouls was removed. It is to Tuchel’s enormous credit that he was able to reorganise and play a much more containing game in the second half. That the incident occurred on the stroke of half-time was, from a Chelsea perspective, the only fortunate thing about it.

Liverpool had chances, 19 shots after the break, but never built up the head of steam or were able to apply the sort of sustained pressure that might have overwhelmed Chelsea. If they had nicked a winner it wouldn’t have felt outrageous, but it rarely seemed that they would. For Chelsea, whatever frustration they may feel at the dropped points and the way their lead was surrendered, that seems like an enormous positive.

Superclub culture tends to mitigate against good defending: antes de 2008, only once was the goals-per-game rate in the Champions League knockouts below three; since then it has only once dipped below that figure. When you’re much richer than most of your rivals, why bother? And even if you did bother, where can the elite practise when they are so dominant domestically? Well-organised defences don’t do much for social media engagement.

But Tuchel’s side can calmly hold gifted opponents at arm’s length. They are able to take the sting out of games in a way that feels very unusual these days, and that gives them an edge over other superclubs. Y entonces, quizás, the tactical corkscrew turns again.