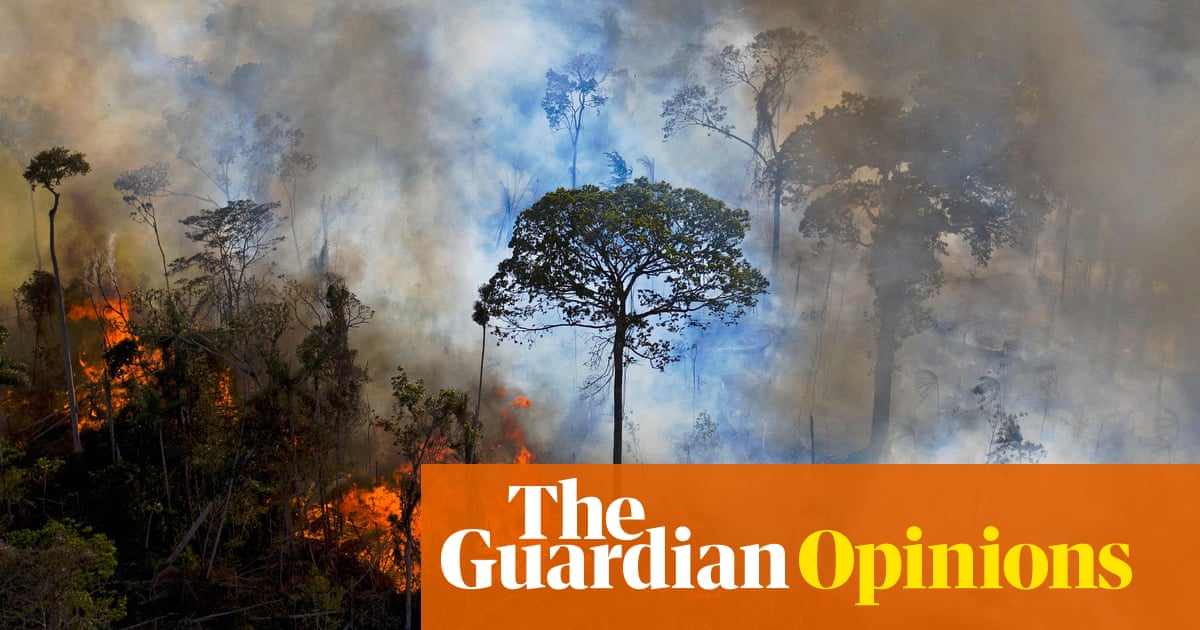 This morning, at the all-important Cop26 climate conference in Glasgow, the prime minister is urging world leaders to commit to take radical action to reverse the catastrophic degradation of the world’s forests. It is hard to exaggerate the importance of what he is asking.

Put simply, there is no credible response to the climate crisis – or to so many of the biggest challenges we face – that does not involve protecting and restoring nature on a massive scale.

That shouldn’t need saying, but modern industrial society is only just beginning to comprehend, let alone internalise, what indigenous peoples have always known: our lives and economies, our cultures and identities, are indivisibly connected with the natural world.

Globally, nature-based solutions such as forests, mangroves and peatlands could provide about a third of the most effective and cost-effective solutions to the climate crisis that we need now – as well as helping communities adapt to the changes that are now inevitable.

But currently, they attract just 3% of total global climate finance. That makes no sense at all. If we were to lose any of the world’s great forests, we would have zero chance of stabilising the world’s climate, of staying within 1.5C of warming, of reversing the catastrophic loss of wildlife.

And the damage we are doing is catastrophic. We lose about 30 football pitches of forest every single minute, destroying complex natural systems that sustain hundreds of millions of people.

But the flipside is that by scaling up our efforts to protect and restore nature, we are not only tackling the climate emergency, but poverty, extinctions, even pandemics.

That’s why, as holders of the Cop26 presidency, we have put nature at the heart of our response to the climate crisis, and why Boris Johnson is demanding action today.

The UK has built a coalition of countries all committed to ending deforestation by the end of this decade. Meer as 100 countries have signed our Glasgow leaders’ declaration on forests and land use, representing 85% of the world’s forests – that’s an area of more than 13m sq miles.

On their own, such declarations are not enough, but we have also mobilised unprecedented finance commitments – $19.2bn, including $12bn from governments, for our global forest finance pledge, at least $7.2bn of private investment and billions of dollars from philanthropists.

As part of that, we have formed an alliance between donor countries and the long-overlooked Congo basin – with at least $1.5bn pledged for this biodiversity jewel that is the second largest tropical forest in the world.

And we have pressed the big multilateral development banks, including the World Bank, to commit not only to aligning their policies with the Paris goals, but to reconciling their entire portfolios with nature. It is right to insist that the public money we invest through them should support the public good, not undermine it.

Tans, incentives in favour of destroying forests outstrip incentives to protect them by 40 aan 1. So we are using every lever we have to increase investment from all sources – public, private and philanthropic – to shift those incentives towards renewal.

We have secured a public commitment from the world’s biggest buyers of commodities that they will stop buying produce that has been grown on deforested land. So even countries that have been unwilling to address deforestation will struggle to ignore the signal this sends them.

And because commodity production is responsible for the overwhelming majority of deforestation, we have assembled 28 key producer and consumer countries representing three-quarters of global trade in products such as palm oil, soya, cocoa, beef and timber to commit to breaking the link between agricultural commodity supply chains and deforestation – as we are doing through legislation here in the UK.

Daarby, leading financial institutions, in charge of about $8.7tn of assets, will commit publicly to eliminate commodity-driven deforestation from their portfolios, to support the shift towards the sustainable production of agricultural commodities and, deurslaggewend, to disclose fully the progress they make.

We are rallying donors to invest in high-integrity carbon markets so we can recognise and reward those countries that are keeping their forests intact, as well as helping others to move from deforestation towards renewal – with $1bn and counting secured through a new programme called Leaf.

Uiteindelik, if we want to protect and restore nature at scale, we need to back the indigenous communities that have defended their forest homes for generations, without meaningful support or recognition and often in the face of chronic danger. Indigenous people’s lands are home to more than a third of the world’s intact forest landscapes and almost a quarter of the carbon stored in the world’s tropical forests. And today, we have secured $1.7bn to help those communities secure tenure of the land that is by rights already theirs.

Natuurlik, we know well that promises are only valuable in so far as they are honoured, and that the gap between where we are now and where we need to be by the end of this decade is vast. So in the weeks, months and years ahead, the UK will do everything we can to maintain momentum, inject real accountability and catalyse action. But combined, the commitments to protect the world’s forests made at Cop26 in Glasgow today go far, far beyond anything we have seen before, and represent the turning point we urgently need for our forests, and by extension for our shared future.