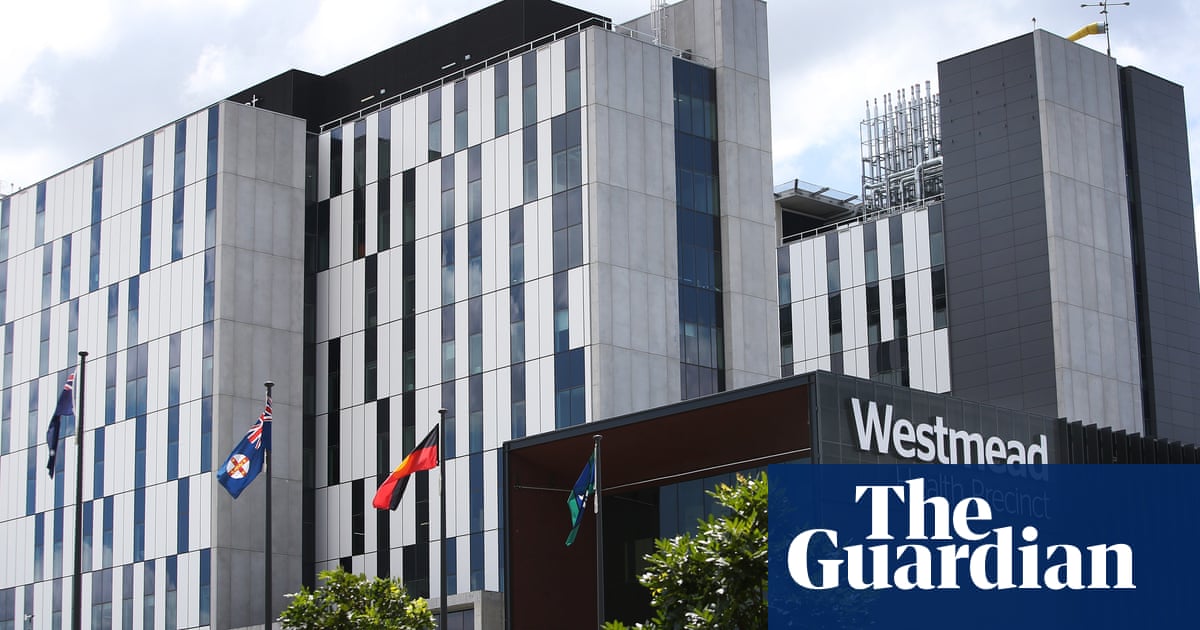 Sydney’s hospitals are being stretched to “the brink” as healthcare professionals continue to be sidelined by exposure to Covid, with two major hospitals reporting cases, including a fully vaccinated nurse.

NSW Health confirmed the nurse, who tested positive on Tuesday, works at Westmead hospital and the source of the infection was being urgently investigated.

At Liverpool hospital, in Sydney’s south-west, a pregnant patient was diagnosed with Covid on Wednesday after undergoing a procedure.

The hospital cancelled elective surgery to deep clean the operating theatre and contact tracing is under way, with close contacts – including staff – being tested and isolating for 14 days.

Guardian Australia has also learned of surgeons and nurses at Royal Prince Alfred hospital, in Sydney’s inner west, who are isolating after being deemed close contacts of cases at the hospital or in the community.

Surgeries have been delayed as a result. Sydney Local Health District was contacted for comment.

Guardian Australia understands that while there are a number of RPA staff in isolation and some services may have been affected, RPA is not under the same staffing pressures as hospitals in the west and south west of the city.

South-west Sydney continues to be the focus of Sydney’s outbreak, and its local healthcare district is under increasing pressure.

Some staff at Fairfield hospital, a smaller facility within the same local health district, are also understood to still be in isolation as a result of an unvaccinated student nurse who tested positive earlier this month. About 120 of 1,000 workers at the hospital and 600 at Royal North Shore hospital were forced into isolation due to contact with the student nurse.

A spokesperson for the NSW Nurses and Midwives Association said it was unclear how many nurses across Sydney were currently isolating.

He said the greatest pressure was being felt in south-west Sydney where multiple facilities are affected, meaning there is less staff to redirect where needed.

“There is no give in the system, it’s already pushed at the point where nurses are doing overtime fairly regularly,” the union spokesperson said.

At the New South Wales Covid press conference on Thursday, health minister, Brad Hazzard, said part of the challenge of staffing hospitals – and one of the reasons for strict limits on visitors – , is because “massive numbers” were working at vaccination hubs.

Guardian Australia has repeatedly contacted South Western Sydney Local Health District in recent days, however a spokesperson said she was unable to respond to concerns about hospital preparedness.

On Thursday, there were 73 Covid patients in hospitals across Sydney, 19 of who are in intensive care, and within that cohort, five are on ventilators.

There have been 929 locally acquired cases so far reported as part of Sydney’s outbreak.

The climate crisis is likely to intensify cross-border clashes, aggravate conflicts over water and migration and cause instability, especially in developing countries, in ways that could threaten global security, the ...