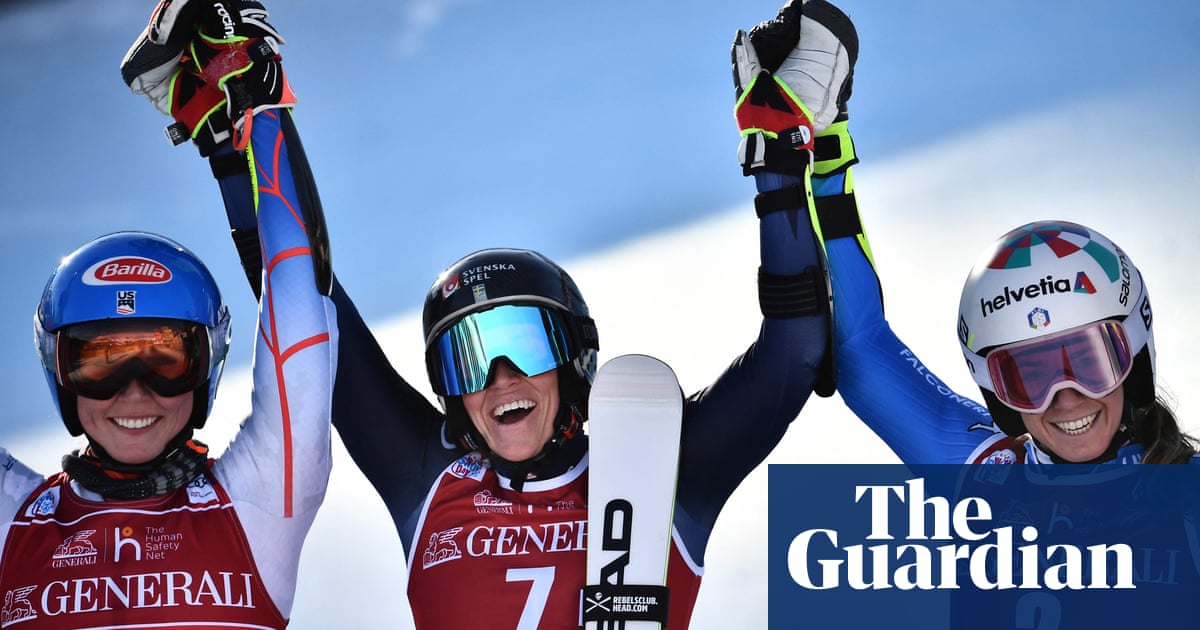 Sara Hector ended a drought of nearly five years for the Swedish women’s ski team by beating Mikaela Shiffrin in both runs of a World Cup giant slalom in Courchevel on Wednesday.

No Swedish skier had triumphed on the women’s World Cup circuit since Frida Hansdotter won a night slalom in Austria in January 2017.

Hector led Shiffrin by .34 seconds after the opening run and added one-hundredth of a second in the final run for her second career victory, and first since December 2014.

“It’s amazing. It’s incredible, and I’m so surprised, también,” Hector said. “It was such a big fight and I didn’t think I was so fast. I feel so awesome. It’s crazy. I’m so proud.”

The result came a day after she had finished runner-up to Shiffrin in another GS on the same hill in the French Alps for her first podium result in a year.

“I fought so well. It was really a battle, also mentally. I did it and that makes me proud,” Hector said. "(Shiffrin) is a super skier, but there are a lot of good skiers here.”

World Cup giant slalom champion Marta Bassino finished six-tenths of a second behind in third place after failing to score points in the first two GS races of the season. Tessa Worley of France, who was second after the opening run, dropped to fourth, followed by defending overall champion Petra Vlhova in fifth.

A day after dominating Tuesday’s race, Shiffrin was satisfied despite missing what would have been her 73rd career victory.

“Compared with yesterday, today had a lot more like scrappy skiing, some recoveries. It was just a tough day. It’s amazing to have second place,” said Shiffrin, who gave Hector a long hug in the finish area after the race.

“Sara’s skiing was just really incredible, and so strong, so much power the whole way in both runs. It’s been years (since her last win) and she deserves it.”

Goggia slid off the course after she lost her balance in a left turn halfway through her opening run. The Italian skied out in the second leg of Tuesday’s race.

Paula Moltzan of the United States finished 13th after gaining 15 spots with a strong second run, having only just made the flip in 28th after the opening run.

The race replaced the GS that was canceled in Killington, Vermont, in November because of strong winds.

The women’s World Cup continues with another GS and a slalom in Lienz, Austria, la próxima semana.