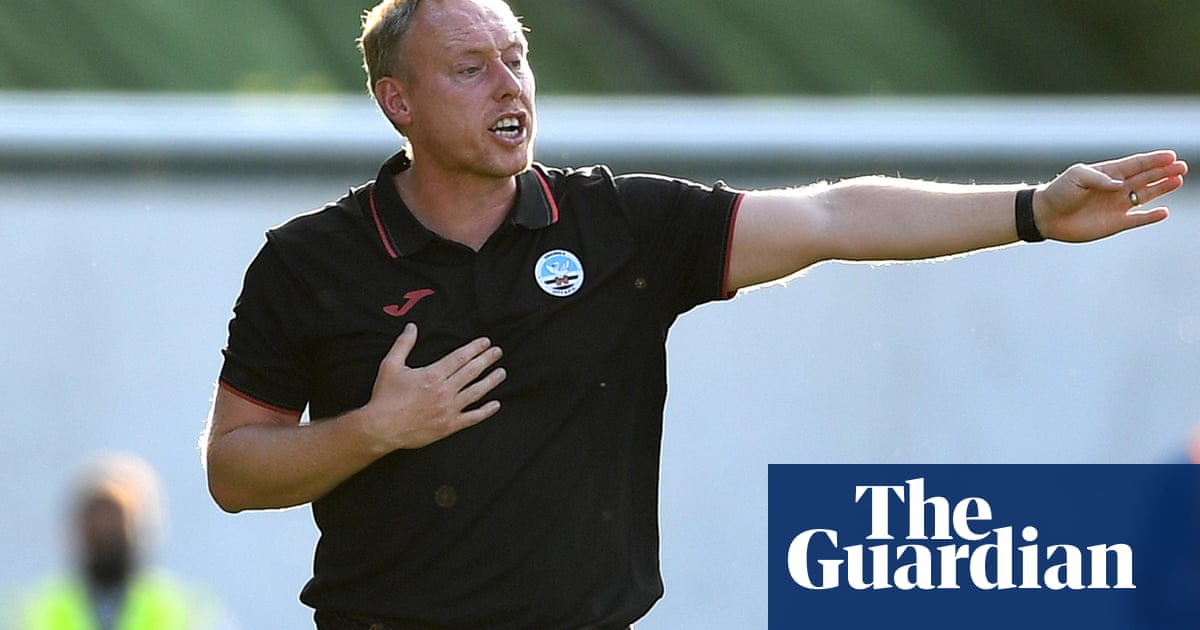 Steve Cooper is set to depart Swansea City by mutual consent after growing unsettled at the Championship club. The head coach led Swansea to successive play-off finishes but made clear his concerns over the direction of the club and confirmation of his exit is expected in the next couple of days.

The 41-year-old led Swansea to the play-off final last season on a modest budget. The club were keen to offer Cooper, whose deal runs until next summer, a new contract following defeat by Brentford at Wembley but the former England Under-17 manager was reluctant to enter talks. Cooper was of interest to Crystal Palace before the Premier League club appointed Patrick Vieira, and his work at Swansea also attracted attention from Fulham, who appointed Marco Silva.

After Swansea’s friendly win at Plymouth on Tuesday, Cooper declined to discuss his future. “I think if there is any real news that’s when we would speak,” he said. “There’s no official updates on anything.”