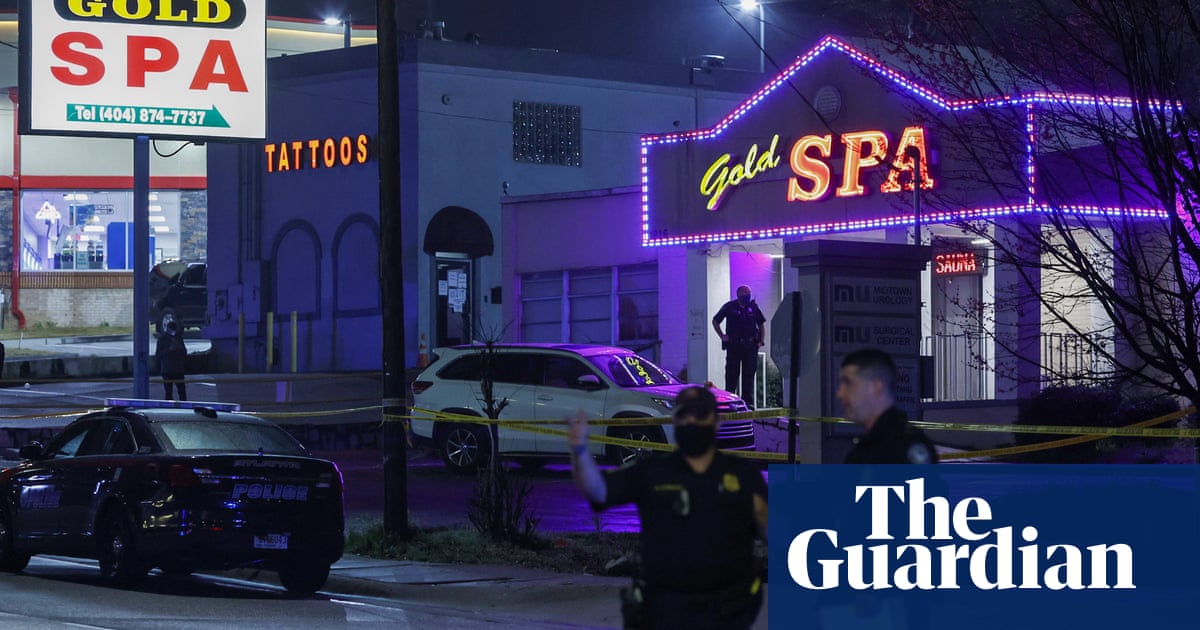 At least eight people have been killed in a series of shootings at three Atlanta area massage parlors. Authorities described a number of victims as women of Asian descent. A 21-year-old man, Robert Aaron Long, has been taken into custody. The first shooting occurred at Young’s Asian Massage near Acworth in Cherokee county, just north-west of Atlanta. Police officers responded to a reported robbery at Gold Spa in the city’s north-east and were then alerted to another shooting across the street at the Aromatherapy Spa