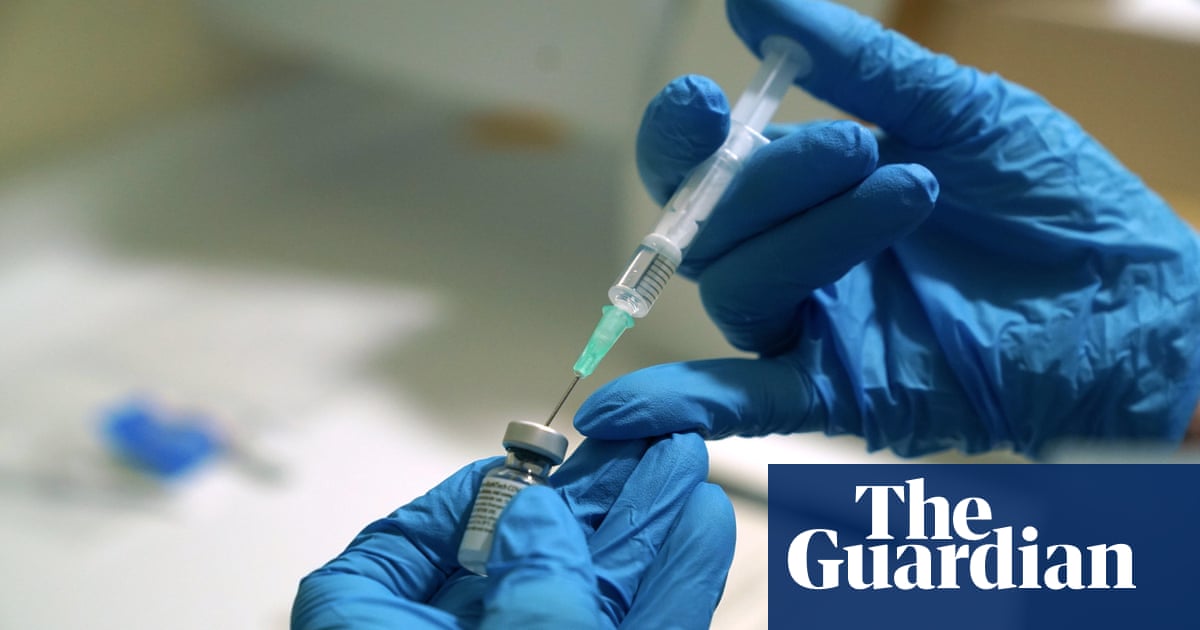 Young black people are far more hesitant about being vaccinated against Covid-19 and are less likely to trust doctors than the rest of England’s population, according to researchers who found that young people were more reluctant overall about receiving a vaccination.

A survey of nearly 4,000 young people aged between 13 y 20, carried out for academics at University College London and the London School of Economics, found that nearly a third displayed what the researchers called “vaccine hesitancy,” ranging from 9% who said they would “definitely not” be vaccinated for Covid to 22% who said they were “unlikely” to be vaccinated.

The young people were asked: “If a coronavirus vaccine became available and was offered to you, how likely or unlikely would you personally be to get the vaccine?” The results showed that potential resistance was much higher among black teenagers and young adults, con 29% saying they definitely did not want to be vaccinated, far higher than the 7% of white and 9% of Asian youths.

“These differences seem to be related to the levels of trust young people have in different sources of information about coronavirus, with young black people more likely to trust information from friends and family and less likely to trust health professionals and politicians,” the researchers said.

“If the vaccine roll out is to be extended to younger age groups in the months ahead, we will face a considerable challenge in tackling these high levels of, and disparities in, vaccine hesitancy.”

General, 64% of black young people had vaccine hesitancy, comparado con 25% of those surveyed who self-identified as white. The strength of hesitancy was above that recorded earlier by the Office for National Statistics, which found that 44% of black adult respondents were hesitant compared with 8% of white adults.

The academics – Lindsey Macmillan, Jake Anders and Gill Wyness of UCL and Patrick Sturgis of LSE – noted that young black people were less likely to trust information from doctors compared with other groups. The survey also found that young black people were the least likely to trust the prime minister as a reliable news source, and trusted friends, family and TV news far more.

One bright spot was that very few respondents – around 5% – said they trusted social media as a source of news.