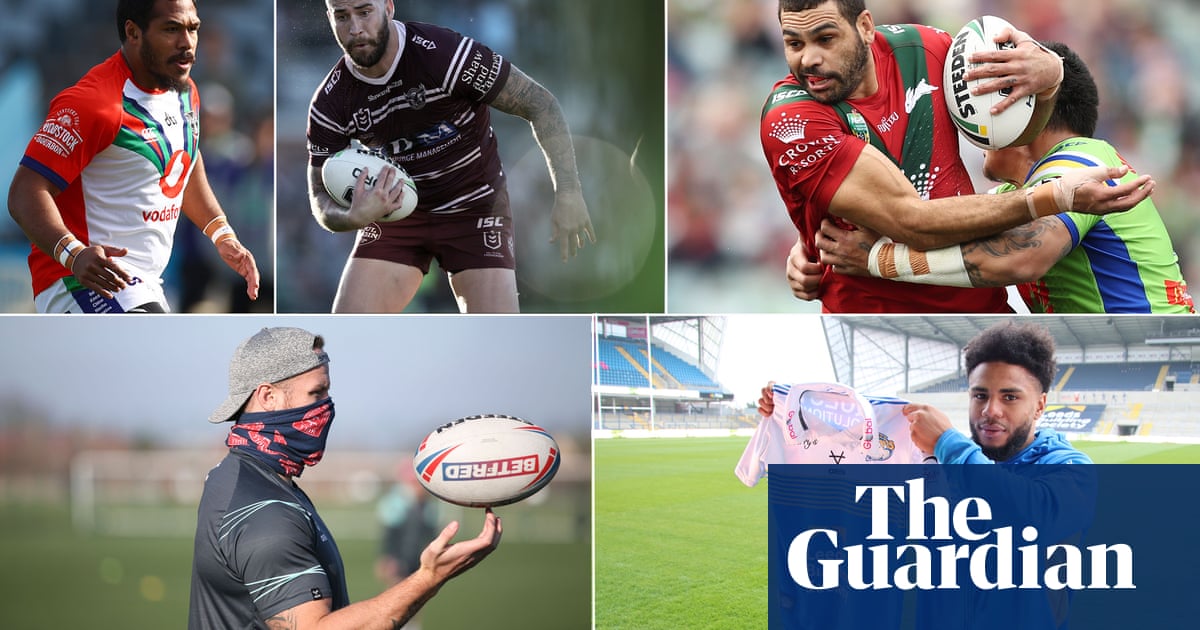 It is the end of an era at Castleford, with Daryl Powell confirming this will be his ninth and final season in charge, though his best chance of silverware may have already passed. The Tigers have a number of talented individuals, including new recruit Niall Evalds, but they also have an ageing pack and their form at the end of last season did little to suggest they will be able to send Powell out on a high.

2020 almost felt like a coming-of-age season for Catalans in Super League, and ambitions will be high in the south of France once again that the Dragons can compete for the title. They certainly have the squad to do so, with star power all across the field even if, as expected, Israel Folau decides to remain in Australia and not return to Perpignan. They fell just short in the play-offs last year, but Catalans will surely be in the mix again.

The appointment of arguably the highest-rated British coach in the game has renewed hope that Huddersfield can challenge at the right end of Super League. 하나, it will take time for Ian Watson to put his plans in place at the Giants. They have a crop of hugely talented homegrown youngsters, and the potential to surprise anyone: but we may have to wait another year to see the best of Watson’s Huddersfield.

Super League’s biggest underachievers have entrusted the former Man of Steel, Brett Hodgson, with the task of guiding Hull FC to a first title since 1983. You can never be quite sure what to expect from Hull though, underlined by the surprise dismissal of Lee Radford last spring, before a late push in vain for the play-offs under Andy Last. Injuries to key players, so often their undoing in the past, will determine how well they can compete at the top.

While Hull FC aspire to win the title, hopes are much more modest across the city. Yet despite survival being their priority, Hull Kingston Rovers have done some intriguing business in the off-season. The biggest arrival is arguably the former Leeds and England wing Ryan Hall, who will be looking to revive his career following a disappointing stint in the NRL. The Robins, 하나, remain likely to be in the battle to avoid relegation once again.

There is quiet optimism around Leeds that they are in their best position for a number of years to challenge for the Super League title. After a 2020 which saw them fall short in the play-offs but lift the Challenge Cup at Wembley, Richard Agar’s young side look well-placed to be in the mix for trophies again. The return of Kyle Eastmond to rugby league after a decade away is a story well worth following, 너무.

Leigh were the club who ultimately benefitted from Toronto Wolfpack’s expulsion from Super League, securing promotion via the unlikely method of a boardroom vote. They will be keen to make the most of their chance, but being unable to do much of their recruitment until later than their relegation rivals due to the timing of their promotion may be significant. John Duffy’s side will almost certainly claim some notable scalps in 2021, 그러나.

Richard Marshall, the former Halifax coach, has the unenviable task of succeeding Ian Watson, who led Salford to back-to-back major finals in 2019 과 2020. If Marshall can continue that trend, he will have done an incredible job. They have proven us wrong before, but there appears to be just too much quality in the sides above them for Salford to compete for trophies again this year.

The first team in almost a decade to retain the title, the challenge for St Helens is to now make it three in a row, though they will surely not do that in as dramatic a fashion as they did last year. Jack Welsby’s incredible late try ensured Saints won the Grand Final with the last play of the season – and with the consistency, quality and talent they possess, it is almost certain they will be among the favourites again in 2021.

Wakefield’s primary focus will be avoiding another battle at the bottom. 종이에, they look to have the squad to keep their heads above water, but much will depend on the fitness of key players such as the England wing Tom Johnstone and new signing Mason Lino. Chris Chester described 2020 as the toughest year of his coaching career; if Wakefield start slowly in 2021, there could be testing times ahead again.

Steve Price has already confirmed this will be his final season at Warrington, and his challenge is simple: deliver a first league title since 1955. The free-spending Wolves certainly have the squad to challenge, but much will depend on the half-back pairing of Blake Austin and Gareth Widdop, who failed to click last season. 있다, 물론이야, one other dynamic to track: the arrival of Kangaroo superstar Greg Inglis, perhaps the biggest signing Super League has seen for years.

It is the dawn of a new era at Wigan, with the Warriors going into a Super League season without their talismanic captain, Sean O’Loughlin, 그 이후 처음으로 2002. Wigan have named another long-serving stalwart, Thomas Leuluai, as his replacement, but the impact their new signings make will dictate the success of the 2021 운동. Chief among them is the return of the England star John Bateman from Australia, long seen as O’Loughlin’s heir-apparent at loose-forward.