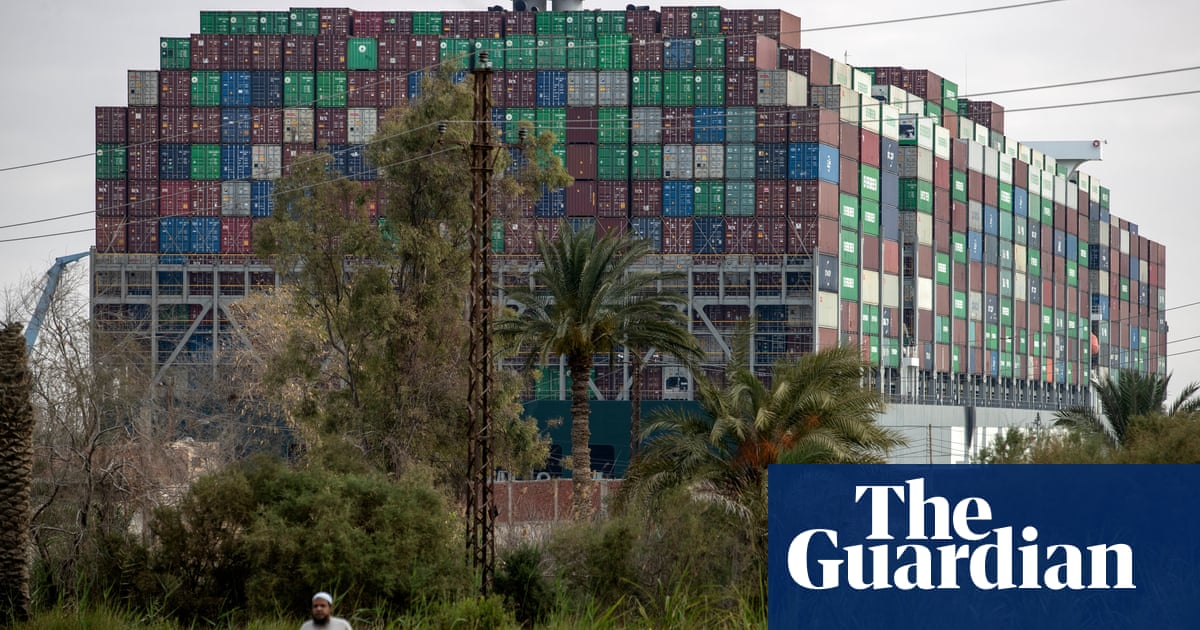 The Ever Given has reportedly been partially freed from the banks of the Canal de Suez, raising hopes the vital waterway could reopen and ease global shipping backlogs.

“We are not finished yet, but it has moved," él dijo.

Diggers had been working to remove parts of the canal’s bank and expand dredging close to the ship’s bow to a depth of 18 metros (59pie), the SCA said in a statement.

Suez Canal Authority (La nueva Autenticación Fuerte de Clientes) chief Osama Rabie told an Egyptian news channel the ship had moved from side to side for the first time late on Saturday.

“It is a good sign," él dijo, adding that 14 tugboats were deployed around the stricken vessel and salvage crews were working round the clock.

The 400m-long (1,300pie) Siempre dado became jammed diagonally across a southern section of the canal in high winds early on 23 marzo, halting traffic on the shortest shipping route between Europe and Asia.

Many other ships have already been re-routed around South Africa’s Cape of Good Hope in order to circumvent the Suez blockage, although the 5,500-mile (9,000km) diversion takes 7 a 10 days longer and adds a huge fuel bill to the trip between Asia and Europe.