The talented athlete, the tough-love coach, the upcoming championship or tryout that will test the protagonist’s resolve. You know this story; you’ve seen it before. Providing any innovation in the highly templated sports movie is no easy task, but as writer-director Tyson Wade Johnston makes clear in his emotionally gripping swimming-themed coming-of-age film co-executive-produced by Ian Thorpe, the genre is evergreen so long as storytellers prioritise good drama over any achievement in the pool or on the field.

If you’re like me, you are not greatly moved by the feat of somebody shaving one hundredth of a second off another person’s freestyle record. But like in the 2016 TV adaptation of Christos Tsiolkas’ novel Barracuda, which also follows an Olympics-aspiring swimmer navigating the choppy waters of adolescence while pursuing greatness in the pool, Streamline has many things on its mind and never makes the mistake of insinuating that swimming is a measuring stick by which to assess a person’s worth.

In his great 1981 film Gallipoli, Peter Weir segued from the 100-yard track to the battlefields of the first world war, making a point that sporting prowess doesn’t necessarily mean much in a broader context. In its famous final shot, the protagonist’s body is presented in a way reminiscent of a runner crossing the finish line, evoking a time in his life when sports reflected safety, structure, civility. In Streamline, Johnston also uses the pool as a space reflecting purpose and clarity in the life of talented up-and-comer Benjamin (Levi Miller), without inferring his problems will disappear upon winning a medal or triumphing at a tryout.

The film opens with the camera crawling across a scenic body of water as we watch slow-mo vision of a young man swimming. It’s a richly cinematic introduction from cinematographer Michael Latham, heavy in blues, which wet the frame from top to bottom and blend the sky and water together.

This moment makes blue subsequently stand out everywhere: in swimming caps and goggles; in school uniforms; in the ink of pens and the glow of computers; on the jeans of Benjamin’s mother Kim (Laura Gordon, who was so good in Undertow) and the polo shirt of his coach Glenn (Robert Morgan). Also of course in the many images of water. The colour prevails in a nonliteral sense too, in that the film has got the blues – being a somber and serious work, with a rich and clinging emotional energy.

Glenn lays it on thick, as coaches are wont to do, hollering a familiar variety of rah-rah directives. In the locker room he dangles the possibility of Benjamin being either “the next face of Australian swimming” or “back here washing towels at the local swim club”. The Olympics trials are in a few months, this inevitably difficult period intensified by the release of Benjamin’s father Rob (Jason Isaacs) from prison.

Rob is a bit of a dark horse: for a while we don’t know what he did or what he’s capable of. The film infers that he’s somebody to be wary of, who will destabilise rather than support his son – perhaps like the abusive alcoholic father played by Geoffrey Rush in the so-so 2003 drama Swimming Upstream (a biopic of former Olympic aspirant Tony Fingleton). We learn, however, that things are more complicated.

Benjamin’s nogoodnik brothers are more straight-up “bad” types, edging the film into uncomfortable places – particularly the belligerent Dave (an eerily convincing Jake Ryan). Streamline is very much a masculine-oriented drama, filled by an assortment of fraying and flawed men – angry and broken, or seeking redemption, or still (particularly the protagonist) finding themselves.

Levi Miller was an impressive fresh-faced anchoring presence in Red Dog: True Blue and Jasper Jones and takes a step up here, achieving the difficult feat of drawing the audience in while in some respects pushing us away. Benjamin is an introvert, sullen and sunken, torn and conflicted, turbulent in the emotionally messy way teenagers often are, without personality-encapsulating dialogue to summarise the kind of person he is. It’s a tough character, caught between worlds and perceptions of himself, hammered to be a certain way or pursue a certain trajectory by the adults around him, who he has become wary of for various reasons. Miller constantly draws particular emotions to the surface while pulling others in; it’s a very fine, even faultless performance.

Streamline’s narrative doesn’t go in the expected direction, with structural and emotional surprises making good on its promise to deliver a different kind of sports story, even if its final stretch is a tad neat. A thick air of melancholia makes one nostalgic for the straightforwardness of those opening moments, when swimming was meditative and beautiful in and of itself rather than mired in a world of conflict and drama. But from that conflict and drama we get an Australian swimming movie par excellence. 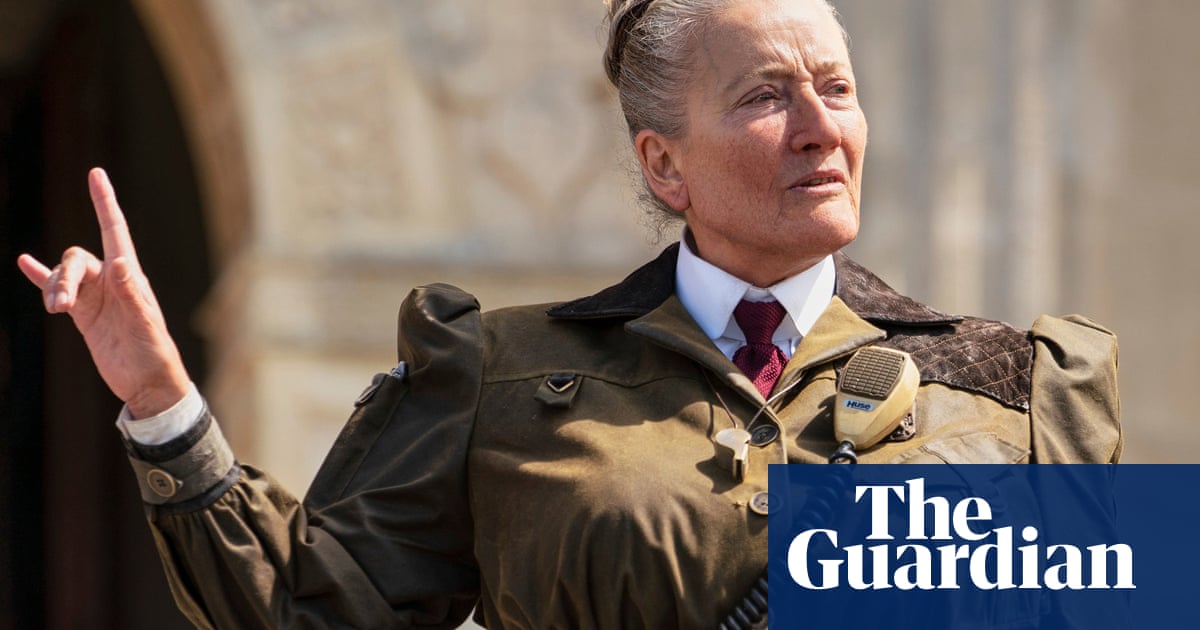