LAver the past few years I’ve noticed a rise in the label “toxic” as a response to difficult or destructive behavior. Media outlets from Psychology Today to Harvard Business Review run articles on how to identify or avoid toxic people. Politicians like Mitch McConnell use the term to describe their adversaries. Even academic psychologists have begun to take up the language.

The collective interest in toxicity makes sense in societal context. The MeToo movement exposed countless searing, high-profile examples of sexism in workplaces. Psychiatrists argued publicly about whether the US president – who disliked criticism and seemingly could not stop firing people – could be diagnosed with a personality disorder. Social justice concepts like “toxic masculinity” were absorbed into more mainstream spaces.

Now clinicians and laypeople proliferate endless self-help and pop psychology content about how in every job interview, family of in-laws, or pool of prospective dates lurk so-called toxic people. Like many colloquial terms characterizing psychological phenomena, toxicity is unspecific. Toxic people are bullies or victims, overly involved or overly removed, too negative or too positive. While seductive, this kind of blanket labeling comes with a lot of problems. The entire premise is based on dubious science and elicits unhelpful and fatalistic behavior from people on both sides of conflict.

The conversational idea of a toxic person can be traced to the clinical category of personality disorders, a nebulous set of diagnoses defined by supposedly lifelong, unchanging interpersonal dysfunction. Personality pathology, though treated as legitimate in mainstream discourse, es hotly debated by actual clinicians.

For example, narcissistic personality disorder is so contested that it was almost removed from a 2013 edition of the Diagnostic and Statistical Manual of Mental Disorders (the official US psychiatric disorders reference), partly because clinicians couldn’t agree what exactly it is. References to psychopathy, like toxicity, pervade pop culture despite the fact that there is no such diagnosis in official psychiatric manuals. The clinical tools for assessing psychopathy are fishy, yet this clinical flimsiness hasn’t diminished the concept’s prevalence.

Psychiatrist and historian Jonathan Metzl has extensively documented the ways that clinical categories develop and morph as culture changes. If YouTube self-help gurus and TV crime dramas tell stories about narcissism, psychopathy, or toxicity, we start to recognize the categories in real courtrooms, clinics, cubicles, and in our own lives.

So if narcissist and psychopath aren’t necessarily stable scientific categories, what do we know about people with difficult personalities? En general, people are malleable, and variations in context and experience can elicit highly varied behavior. Research suggests that even difficult personality styles can change over time, rather than being fixed and immovable. Intractable conflict experts don’t focus much on bad actors in part because they know that dynamics and situations are toxic, not people.

Take the example of workplace toxicity. Research shows that when people with power are domineering, they’re influenced by the power granted to them contextually. Seguro, your boss is a jerk, but calling him “toxic” misses the point; a hierarchical workplace and unchecked positional power are the bigger problem, not anything intrinsic to him. One need not sympathize with crappy bosses to see the difference between saying someone has tormented you and saying they’re congenitally bad.

So if the science is dubious, why call each other toxic? Partly because it’s emotionally satisfying to blame other people for our distress; gente actually get addicted to the feeling of grievance. Especially when stressed, we look for ways to narrate difficult situations as moments where we have been wronged in some way. This compulsion to blame others is in part what “toxicity”-focused self-help gurus peddle: they urge you to let go of nuance or self-reflection and embrace condemnation.

In tough situations, part of us worries that it’s all our fault. Blame is protective, because it means there’s nothing wrong with us. Exploring feelings of guilt or shame for working for a bullying boss or dating a neglectful person can help us get brave enough to leave or change a bad situation (without resorting to blaming the other person’s intrinsic personality).

But what if the other person really did do all the harm – luego are they toxic? Research demonstrates that believing others have fixed traits which don’t change (incluso, decir, “toxic” personality pathology) yields defensiveness, failure to listen, and failure to set boundaries (because what good can it do if they can’t change?). Conversely, the belief that people can change helps us swivel perspectives and tolerate complexity in even extreme conflicts.

Por supuesto, the world is rife with unequal power dynamics, and power abused. But when people with equal amounts of power are blaming each other for being “toxic,” “manipulative,” or a “narcissist,” they’re often taking the easy way out. In situations of interdependence coupled with severe harm, it may help people in crisis to temporarily frame their boss or girlfriend or parent as pathologically bad in order to extricate themselves. In the long run, sin emabargo, resorting to fixed pathology to explain bad behavior creates problems for all parties.

People do awful things to one another. I believe people who survive serious harm should narrate that harm however they need in order to heal. I also believe, as a psychologist in training, that relinquishing villain/victim frameworks can be hugely transformative. Emotional distress briefly eases when we attribute our pain to the other party’s fixed and malignant pathology. But people who are in distress can experience more power, creativity, and agency in difficult and emotionally-laden situations by avoiding sweeping and categorical assertions about other people’s psychology. 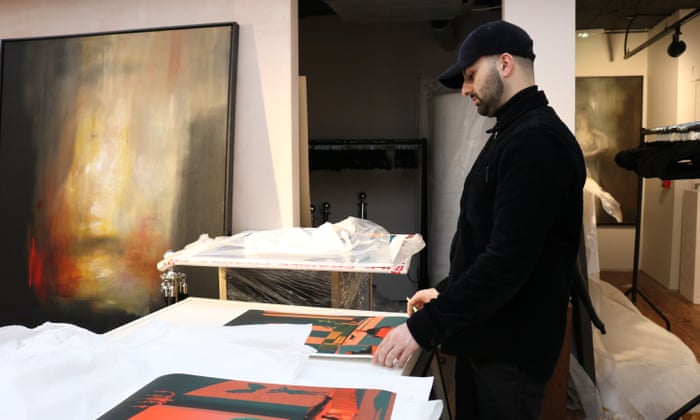 Calling all keen craftspeople: enter our competition to win a Guardian Masterclass and a bottle of whisky

Do you embroider or illustrate? Carve wood or crochet? Are you a dressmaker or a DJ? A mixologist or ceramicist? Now’s your time to shine. Whether you’re one of the UK’s 32,000 professional makers, or you’ve got a cra...