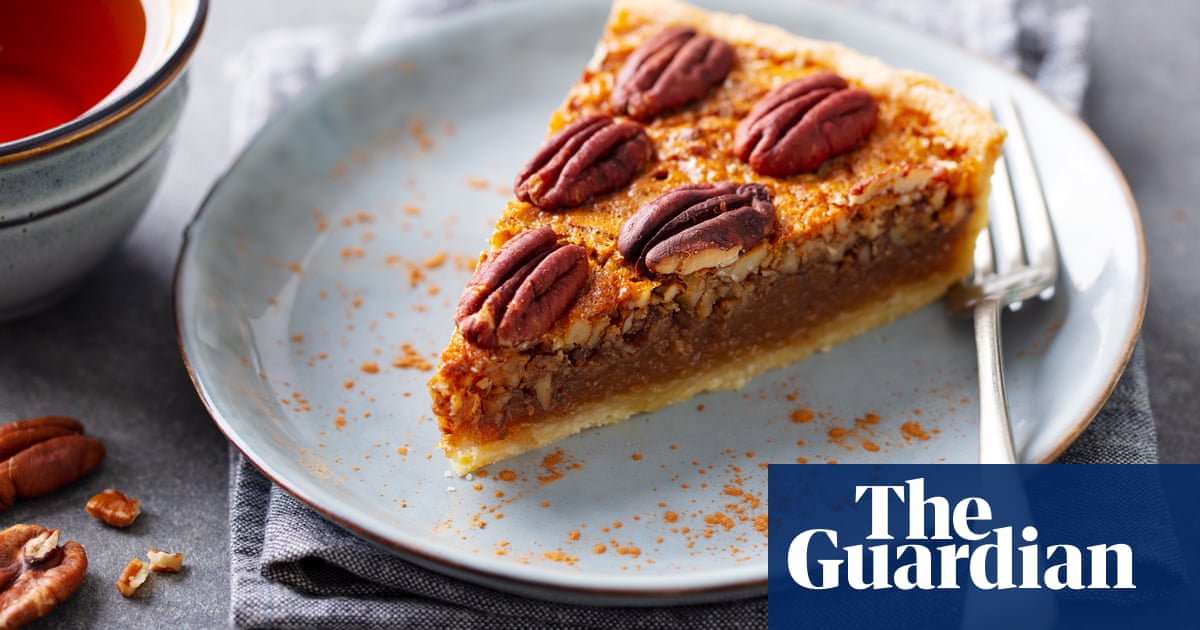 Ek’ve often fancied getting into the maple syrup game – buying some Canadian woods, drilling some holes, hanging some buckets under some spigots. It seems like a low-stress pastime, and you get summers off.

It turns out that they don’t hang buckets under spigots much any more. These days, they run hundreds of feet of blue plastic piping between the trees, a giant sap collection network that feeds a big tank. Watching YouTube videos of men assembling these vast systems is also, it turns out, a pretty low-stress pastime.

Maple syrup is often paired with another distinctly North American ingredient – pecans – to mutual advantage. Jamie Oliver’s maple syrup and pecan tart, byvoorbeeld, is basically a treacle tart with some nuts in, and a bit of maple added to the golden syrup (you can swap the two, like for like, in any recipe). The combination appears again in this winning reader recipe from Angela Kim for maple buttermilk pudding. Here the pecans are candied – with maple syrup and dark rum – chopped, and served alongside.

You could never keep maple syrup and bacon apart – they have been obliged to share crowded breakfast plates for years – but that sweet-salty pairing is more deliberate these days, and not just in lollies. Here, bacon gets a maple glaze before joining an egg in a brioche bun, while these maple syrup and smoked bacon scones have the combination baked in.

Tom Hunt’s maple and coconut crispies is, he suggests, a great way to use up stale breakfast cereal, although his preferred mix is a combination of puffed rice and other grains such as millet and quinoa, which makes for quite a grownup Rice Krispies square. Nigel Slater’s hazelnut maple biscuits are another sophisticated tea-time treat.

Here are two more top reader recipes for savoury dishes: the first, vir maple-marinated aubergines is from Julia Austin; the second, furnished by Suzanne Anderegg is for maple and mustard salmon parcels.

Finally – and fittingly, for an ingredient that costs as much as gin – we present three maple-based cocktails. The first is a simple twist on a classic: die Maple Manhattan from Nigel Sandals combines good bourbon with Martini Rosso, maple syrup, a cherry and a little sugar. The ingredients are stirred with ice cubes, 15 times clockwise, 15 times anticlockwise (this is obviously the secret to the whole thing) before being strained into a chilled martini glass.

A maple whisky sour, like this one from Gimme Some Oven saves you the trouble of making a sugar syrup first – just pour the maple syrup straight into the shaker. The Baptiste, from Happiness Forgets in London, is a heady mix of maple, cognac, orange bitters and dry cider. It may sound a little too heady, but remember: it’s an excellent source of zinc.