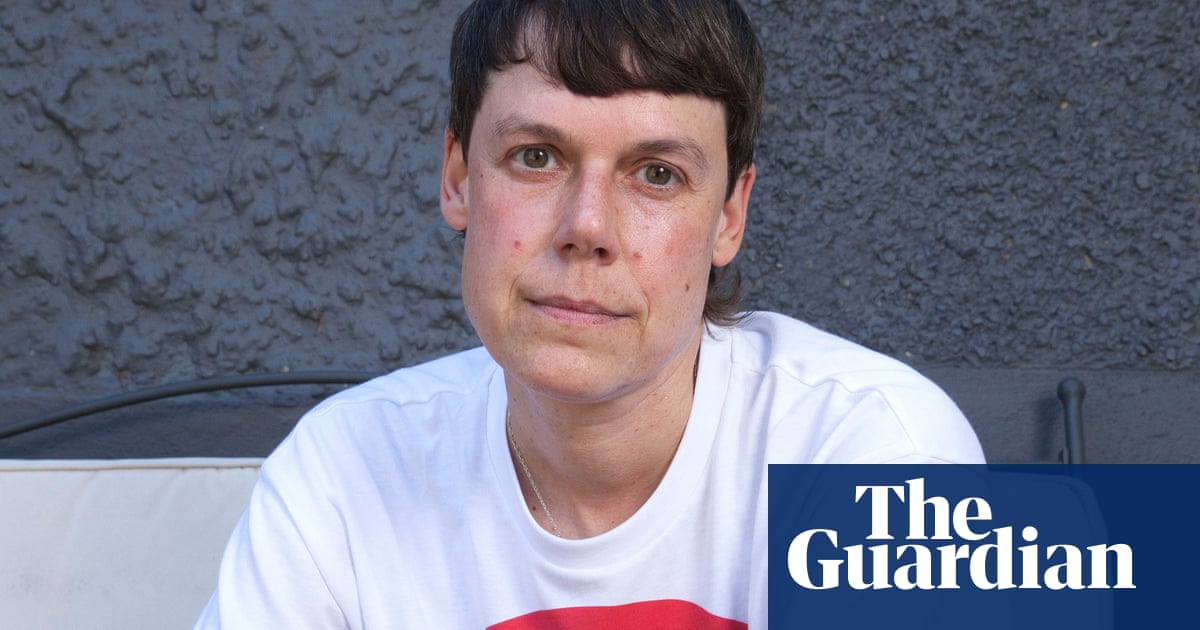 “I’m Sterling. Lost my father to Aids, my mother to alcoholism. Lost my country to conservatism, my language to PTSD. Got this England, though. Got this body, this Sterling heart.” So begins Isabel Waidner’s Goldsmiths prize-winning third novel, which, like its Goldsmiths-nominated predecessor, We Are Made of Diamond Stuff, is a seditious headrush of a book; a fresh and provocative act of resistance to our morally slippery times. It’s endlessly associative, bursting with ribaldry and Tory-baiting satire; reading Waidner is like plugging into an electric socket of language and ideas.

When football-shirted, bullfighter-jacketed Sterling is assaulted on Delancey Street, Camden Town, by “six, seven actual bullfighters”, they (as Sterling and all their friends are described) question the motive for the attack: “Is it my fault? Did I elicit the violence … my jacket, too much? … I knew a gay who looked straight like a Gap advert. Got hassle still.” Consulting their bestie, Chachki Smok (“brutal looking, with critical acumen … lives with their mother in the low-rise council block”), Sterling finds comprehensible advice hard to come by. Instead, in a surreal twist, they are arrested for assault of the bullfighters by agents of the state, plunging Sterling into a world that might be described as Kafkaesque had the great Czech author done gags.

What follows is an effervescent, supra-subversive adventure, held together (just) by a tenuous dream logic that is constantly surprising and delicious in its humour. Remanded in custody for 21 days in a detention centre near Margate, Sterling spends nights watching “a micro-dragon” and a hyena chasing a spaceship, as well as the “disingenuous” starlings, “trailing in and out of the immigration enforcement centre like it were an EU soft border”. Sterling’s day in court is staged as a Bosch “hellscape” with some of the same shapeshifting bestiary that tore through the pages of Diamond Stuff, including a unicorn, an “ochre boar” and a wildcat standing on its hind legs; with the judge (“your Dishonour”) included among the animals.

Enlisting the help of two friends (the unimprovably named Elesin Colescott and Cataclysmic Foibles) to get them free, Sterling co-opts the spaceship for a Google Earth-guided trip to Baghdad and finally the San Francisco Museum of Modern Art: “A large redbrick building … which, like the British Library, can’t shake the feel of a big Sainsbury’s”. When they arrive back in the UK, they park the spaceship on top of Chachki’s estate and “go Istanbul döner place, Mornington Crescent … to decompress”.

If the antic energy feels occasionally overheated, Waidner demonstrates they can effortlessly change gear, wrongfooting the reader with the starkly serious. When Sterling claims their father’s lover was the gay 80s footballer Justin Fashanu, their condemnation of the homophobic football industry is all the more searing juxtaposed with the carnivalesque prose that surrounds it: “We wanted you [Fashanu] then but we didn’t want you in the late 1990s when you hanged yourself in a garage in Shoreditch”. Some of the novel’s most evocative passages take place in the Chariots Roman Spa, the 90s gay sauna frequented by Fashanu. There, among the fake Roman pillars and plastic lions, Sterling recalls their first job as spa assistant: “there was a tinge of transphobia in the suggestion that I, with no recourse to cis masculinity, wouldn’t be able to handle the man-blood, the man-semen, and the man-faeces soiling the tiles”.

The novel’s assault on the corrupt criminal justice system culminates in the triumphant capture of Judge Dishonour, who is held to account, with Sterling asking whether they know “what it’s like to exist on someone else’s terms? In someone else’s violent fiction?” While Sterling Karat Gold’s imaginative afflatus is as confidently sustained as its predecessor, it adds an extra layer of satirical bite with its shocking ending; a matador’s banderilla poked gamely into the eye of the establishment. The book’s award of the Goldsmiths prize, with its remit of rewarding fiction that “breaks the mould or extends the possibilities of the novel form”, is more than justified.

Jude Cook’s second novel, Jacob’s Advice, is published by Unbound. Sterling Karat Gold by Isabel Waidner is published by Peninsula (£9.99). To support the Guardian and the Observer buy a copy at guardianbookshop.com. Delivery charges may apply.

Winnie M Li’s first novel, Dark Chapter, offered a fictionalised account of her own sexual assault, written in part, she has said, “to do justice to the survivors’ experience”. Her follow-up, Complicit, is born out of...