Stephen Colbert on mass shootings: ‘The only way to honor these victims is with action’ 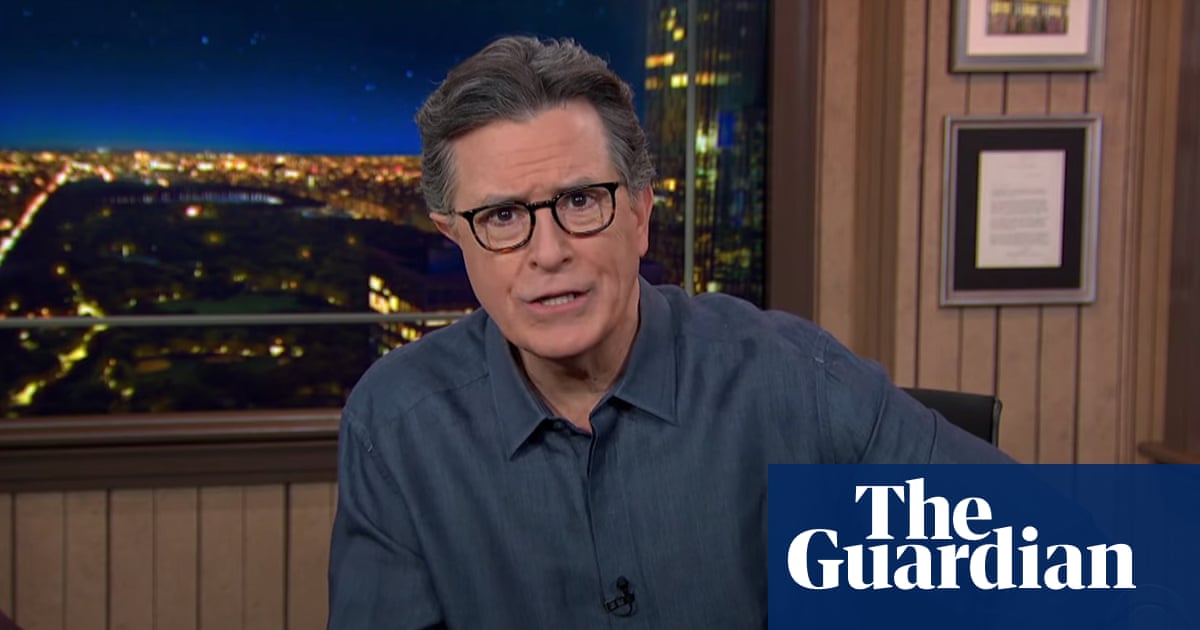 Less than week after a 21-year-old armed white man targeted Asian spas in Atlanta, killing eight people including six Asian women, another 21-year-old man killed 10 people with a semi-automatic gun at a grocery store in Boulder, Colorado. It was “another grim day for America”, said Stephen Colbert on the Late Show.

“This story is unspeakably tragic and I cannot imagine for a moment the grief of these families or this community can be approached with words alone,” he continued. “The only suitable way to honor these victims is with action, but our government continues to do nothing.”

Instead, responses from the pro-gun crowd were “predictable”, said Colbert, pointing to a statement from the Colorado Shooting Association: “There will be a time for a conversation on how this could have been prevented. But today is not the time.”

Congress was scheduled to have a hearing on gun control even before the Colorado shooting, and since Republicans know that the majority of Americans want some form of gun control, Colbert said, “they immediately tried to change the subject”. Senator John Kennedy of Louisiana, for example, urged Congress to “keep this in perspective” and pivoted to the issue of drunk driving – “we oughta try to combat that, too.”

“OK, I’ll take that deal,” said Colbert. “Let’s regulate guns the way we regulate alcohol and cars – you’ve got to be 21, you’ve got to pass a test to get a license, you’ve got to have registration and insurance for your gun, if you move to a new state, you’ve got to do the whole damn thing over again and you can’t go out loaded.”

“Oh, we definitely have an idiot control problem,” Colbert responded. “It’s people who don’t recognize that this country has long had a gun problem.”

“As a talkshow host who does comedy, I don’t want to have to talk about this,” said Seth Meyers of the Colorado shooting. “Honestly, when it comes to talking about these things, I think we’re all, we’re just running out of words. I think the news media is running out of words.

“But there’s some words we can stop using when this happens,” he added, such as “unimaginable” – “that’s probably a word we can retire when something happens three or four times a week. Sadly, we’re at a place where commonsense gun laws and political action are the things that have become unimaginable.”

The word “shooter” also “makes these people sound like hobbyists, which is exactly the bullshit rationale that keeps these weapons flowing,” he continued. “‘Killer’ or ‘murderer’ works just fine.”

Finally, the remaining calls for “thoughts and prayers” have got to be discarded. “If the best you can muster in response to this kind of horror is to say words inside your own head and nothing more,” Meyers concluded, “best to look around and find someone or some organization that’s taking action and help them instead.”

And on the Daily Show, Trevor Noah discussed the first reparations program in the US, which was passed in Evanston, Illinois. The groundbreaking $10m plan will begin with $400,000 home ownership grants for black residents. “That’s right, people! Reparations are happening!” Noah said. “With these housing plans, black Americans can finally fulfill their lifelong dreams of gentrifying a white neighborhood.”

“Kudos to Evanston, Illinois, especially since I assume whoever the Evans guy the city was named after was a huge racist,” he added, pulling up Wikipedia to confirm.

The housing grants are great, Noah continued, but “keep in mind, black people have been through a lot of shit in America over the last 400 years, so some of that money should also be to just give black people a good time, you know? To help them relax, like going to the spa or getting a facial, or getting a stress ball for whenever Kanye West tweets something.

“But still, congratulations to the black people or Evanston, and congratulations to all the white people who are gonna find a way to game the system,” he concluded, imitating a would-be scammer: “Well, my 23 and me says I’m actually 3% African, soooo …”